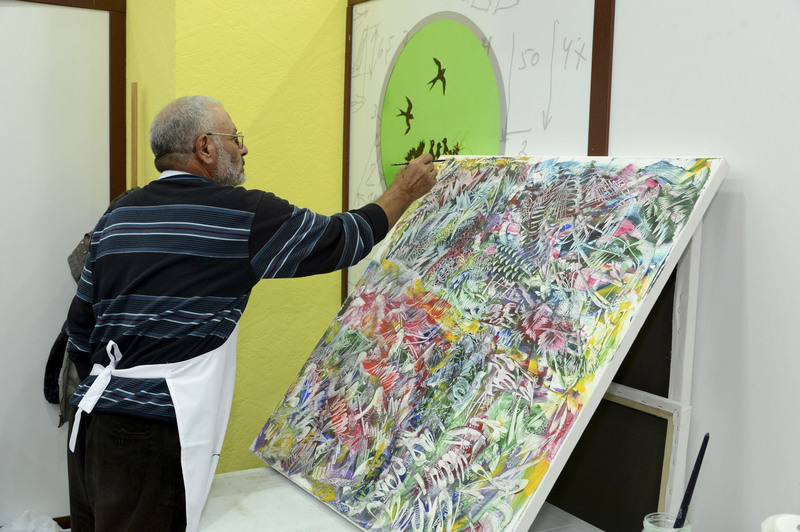 by Daily Sabah Feb 04, 2016 12:00 am
Istanbul's Beylikdüzü district will host the 1st International Painting Workshop following the previous year's national workshop. A total of 19 artists from six countries, including Turkey, will attend the workshop organized in coordination with the event's curator, painter Hülya Sezgin, and the Beylikdüzü Municipality Culture and Social Affairs Directorate until Feb. 9.

Last year, Beylikdüzü Mayor Ekrem İmamoğlu said this event would continue by becoming a tradition, and he wanted the district to be known for its connection to art - both within and outside the country. İmamoğlu also said he was proud of the fact that this year the workshop was being held at an international level. On Feb. 8, a plaque ceremony will be held for the artists who embark on a culture tour in Istanbul for two days. Participating artists displaying their work in the district include Ethem Baymak from Kosovo, Lela Geleisvili and Levan Slagedza from Georgia, Habib Allahverdiyev and Murat Nurlu (Babayev) from Nakhichevan, Svetlana Parisheva from Russia and Olga Eren from Kazakhstan and Asiye Aytan, Nevin Aytekin, Bahar Soğukkuyu Dinçakman, Hülya Sezgin, Mustafa Ali Kasap, Mine Şarmış Çaylı, Yurdagül Işıl, Adnan Turan, Zehra Sengir, Sena Sengir, Fatih Başbuğ and Zuhal Başbuğ from Turkey.
RELATED TOPICS