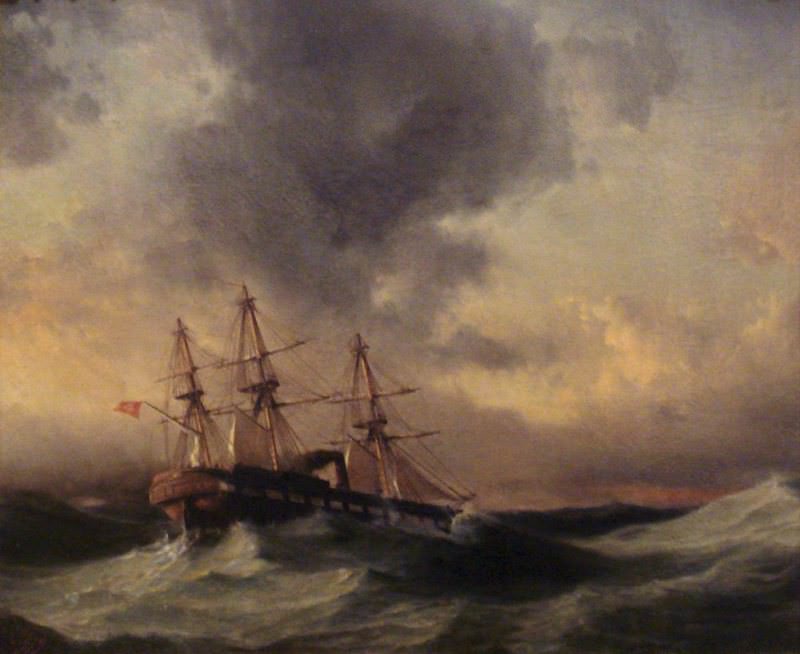 Excavations conducted in the area where the Ottoman frigate Ertuğrul sank continue to shed light on its history. Underwater archaeologists aim to reach the captain's safe, hoping to find further details of the events that led to the sinking of the frigate

The new season of excavation of the remains of the sunken Ottoman frigate Ertuğrul continues with new findings. The excavations, which kicked off nine years ago continue at a depth of 45 meters, 200 meters off the Japanese shore. While a total of eight divers undertake eight-hour shifts within the excavation area, nearly 450 new pieces have been discovered since Jan. 15, 2016. Items brought up so far have included a mine, porcelain kitchenware, wooden and iron parts belonging to the frigate, spools, door handles and broken water fountains, as well as personal belongings of the officers on board including cuff-links. Some of the new findings are currently being restored at the Kushimoto Ertuğrul Conservation Center. Once the restoration and cleaning process is done, all objects will be displayed at the Turkish Museum in Kushimoto, Japan. Tufan Turanlı, the head of the Ertuğrul excavations which includes American, Japanese and Turkish scientists, said that since 2007, they have brought up nearly 9,000 objects belonging to the frigate and its crew. "Our main aim is to reach to the captain's safe of Ertuğrul, which is 45 meters under the Pacific Ocean," Turanlı says.

The excavation project, carried out in partnership with the Bodrum Culture and Art Foundation (BOSAV) and the Underwater Archaeology Institute, was promoted to the world with 11 exhibitions in both Turkey and Japan, and over 800 newspaper articles and TV programs. "We began this year's excavation season with full speed. We are amazed by each piece that we dig out every day. Our main concern is to reach to the captain's safe, and take these priceless pieces to every corner of Turkey to keep the memories of our lost soldiers alive, while building a strong relationship with Japanese people, one based on peace and friendship," said Turanlı. He said that they have initiated an Ertuğrul Frigate program. "The program is planned to begin in May 2016. The first guest of honor of the program will be the sister of the poet Can Yücel, Gülümser Yücel, who is the granddaughter of Ertuğrul's captain, lieutenant colonel Ali Bey. She will take a trip to Kushimoto and visit the memorial site in the city," he added. Gold, silver and bronze coins with origins in Britain, Japan and Hong Kong, as well as rifles and cannonballs, have already been brought up from the Ertuğrul.
RELATED TOPICS