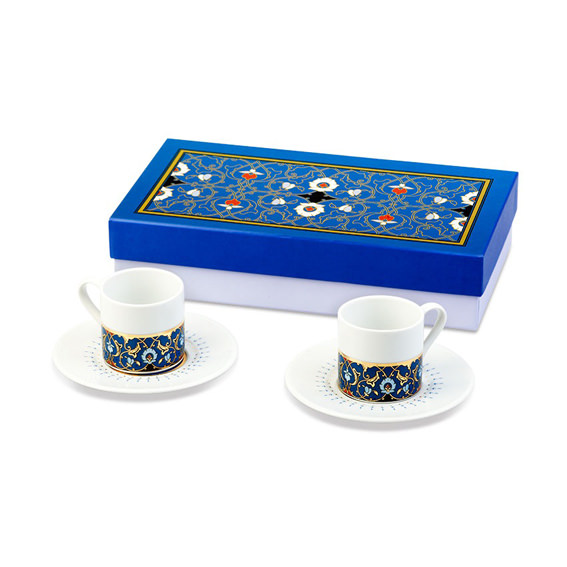 by Miraç Tapan Feb 12, 2016 12:00 am
Istanbul Metropolitan Municipality's cultural bureau, Kültür A.Ş., has introduced a new set of Turkish coffee cups which features ornate designs by Mehmed Karamemi, the chief muralist of the Ottoman palace during the reign of Suleiman the Magnificent. The cup ornamentations are based on the original designs of Karamemi, including various elements like tree branches, marigolds, peonies and flower buds, which symbolize ideals such as divine love, eternity and commitment.

The mid-16th century is considered the golden age of the art of ornamentation due to the high quality works produced in the era by Karamemi and his students. He created a new style in Turkish art of ornamentation with recurring motifs, such as roses that he drew with their leaves and buds, marigolds, cloves, tulips and tree branches.

Described by Süheyl Ünver as "Karamemi who made Turkish art of ornamentation proud," the artist was the chief muralist of the palace and pushed the Ottoman-Turkish art to what is considered its peak with his artwork. The literary work written by Suleiman the Magnificent under the pen name "Muhibbi" was given to Karamemi a year before the sultan's death. Karameni drew the most beautiful flowers in Istanbul in this manuscript, which is today known as "The Divan of Muhibbi."
RELATED TOPICS