İş Sanat's Kibele Art Gallery is currently hosting an exhibition that brings together the work by 69 artists, who were nurtured by instructors at art centers founded in the Republican period, from 1932 to the 1990s

İş Sanat Kibele Art Gallery is hosting a project which brings together work by formidable art instructors who taught at the art education centers founded during the republican period, contributed to the education of a generation of artists, and shone with their artistic productions and identity.

A sequel of the "Tutor Artists - Artist Tutors" exhibition organized in 2010, which focused on artist tutors within the academy, "Art Producers - Art Instructors" is a two-part exhibition series, covering the generation of artist instructors who graduated from and worked at the faculties and academies of fine arts and art education institutes founded between 1932 and 1990. The first exhibition of the series will feature a section of Turkish Art History, which will deal with the first 50 years of this production process. 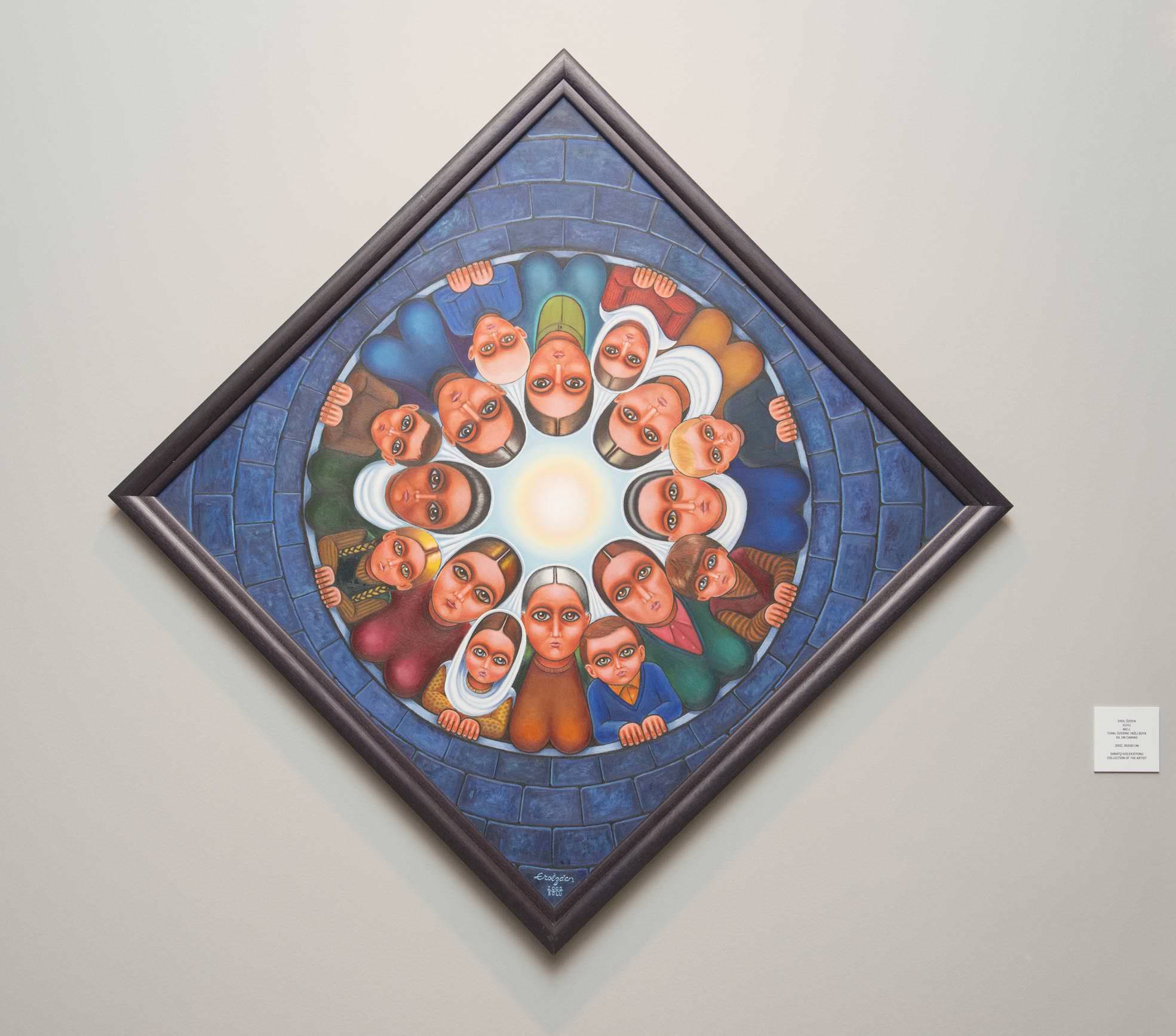 Local and social problems, Anatolian impressions, sections from the lives of people living in villages and cities, social conflicts, class and cultural differences, political conflicts, unplanned urbanization and environmental problems are the themes of the works that introduce the richness of production from the era.

The Republican period in Turkish history saw the spread of institutes - including community centers, foreign education scholarships, state painting and sculpture exhibitions - and modern art education, application and observation fields, all across the country. This led to an important era in Turkish art. The "Art Producers - Art Instructors" exhibition provides an opportunity for art lovers, to see the tendencies and approaches of artists from a specific historical period, dealing with ideas and trends such as tradition and modernity, eastern and western cultures, context and form, realism and abstraction, collectivism and individualism, each of which have shaped Turkish art.

The anthology has been prepared with different materials and techniques from painting to printmaking to reveal the multidimensional, liberal and original educational understanding which the era required. The exhibition transfers the intense dialogue and transparency among the education institutions, and places them within a historical context.

Paintings and printmaking works by 69 artists will be featured at the exhibition, curated by Deniz Erbaş, and supported by the museum collections of İş Bankası, and Hacettepe and Anatolian Universities. Local and social problems, Anatolian impressions, sections from the lives of people living in the villages and cities, social conflicts, class and cultural differences, political conflicts, unplanned urbanization, and environmental problems are the themes of the works which introduce the richness of production that the era witnessed.

The "Art Producers -Art Instructors" exhibition will make great contributions to forming historical memory for art productions, and can be seen at İş Sanat Kibele Art Gallery between Feb. 10 to April 9.
RELATED TOPICS