The acclaimed exhibition of Chinese artist Wang Qingsong, who uses visualized words that examine social issues, will be on display in Istanbul until March 12

Dirimart Art Gallery in Istanbul is currently hosting the exhibition "One World, One Dream" by Chinese artist Wang Qingsong. The very first solo exhibition of Qingsong in Istanbul, which will run until March 12, offers a selection of the artist's works created between 2004 and 2014. Born in 1966, the Chinese artist brought together eight of his artworks, which draw attention to the ambiguous line between the worldly and spiritual values in our lives.

Named after the motto of the 2008 Beijing Olympic Games, the "One World, One Dream" exhibition also displays the well-known work of Qingsong: A huge blackboard featuring the logo and titles of The Fortune Global 500 and top 500 world universities to illustrate how international integration is intensifying, individual pursuit is rising and to raise concern. Focusing on the world of cooperation, the exhibition questions the individual's place in all of this. 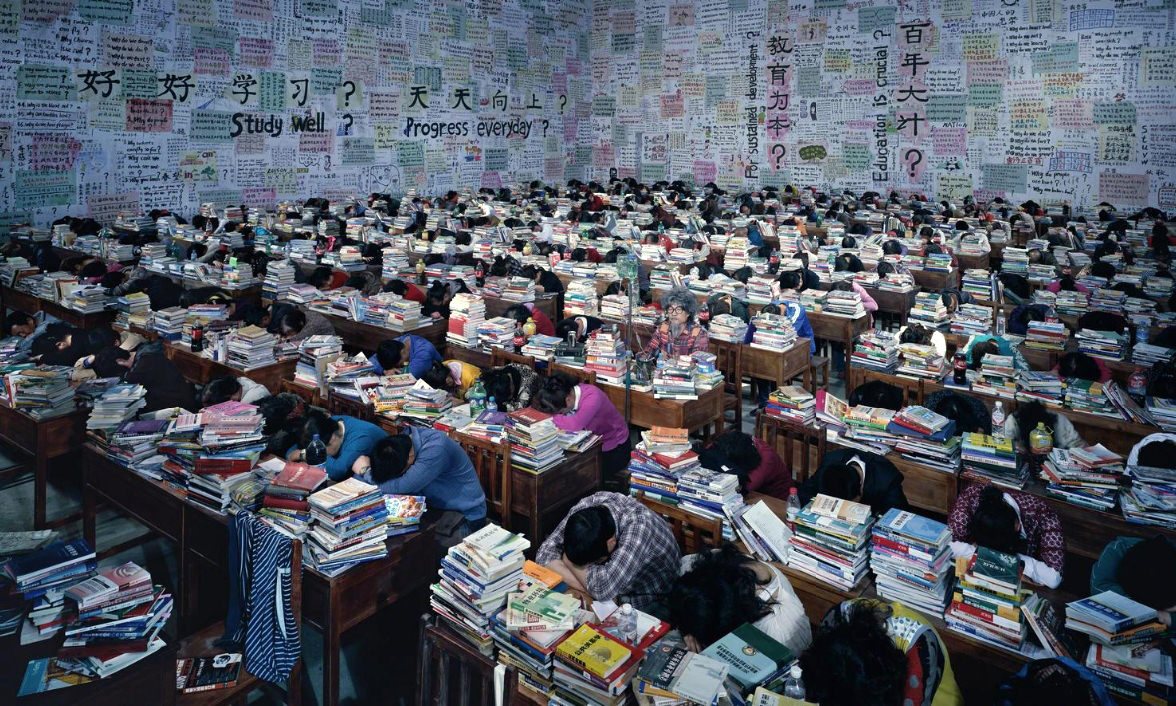 Apart from his much-anticipated work, Qingsong's art generally addresses China's controversial issues. The resume of the Chinese artist, who adopts a humorous, theatrical and political approach in his art, reflects China's problems of consumption, religion and political problems, which emerged following the Chinese Cultural Revolution. To complete his large-scale photograph projects, the artist creates scenes with enormous details that blur the line between reality and fiction. His work titled "Goddess" (2011), which took one month for 20 people to finish, and "Temple" (2011), which seems highly fictional with the abundance of figures, gives the "One World, One Dream" exhibition a sense of the unreal. Born in 1966, the year when the Chinese Cultural Revolution began, Qingsong presents a striking show through his art that reveals the transition of Chinese society. 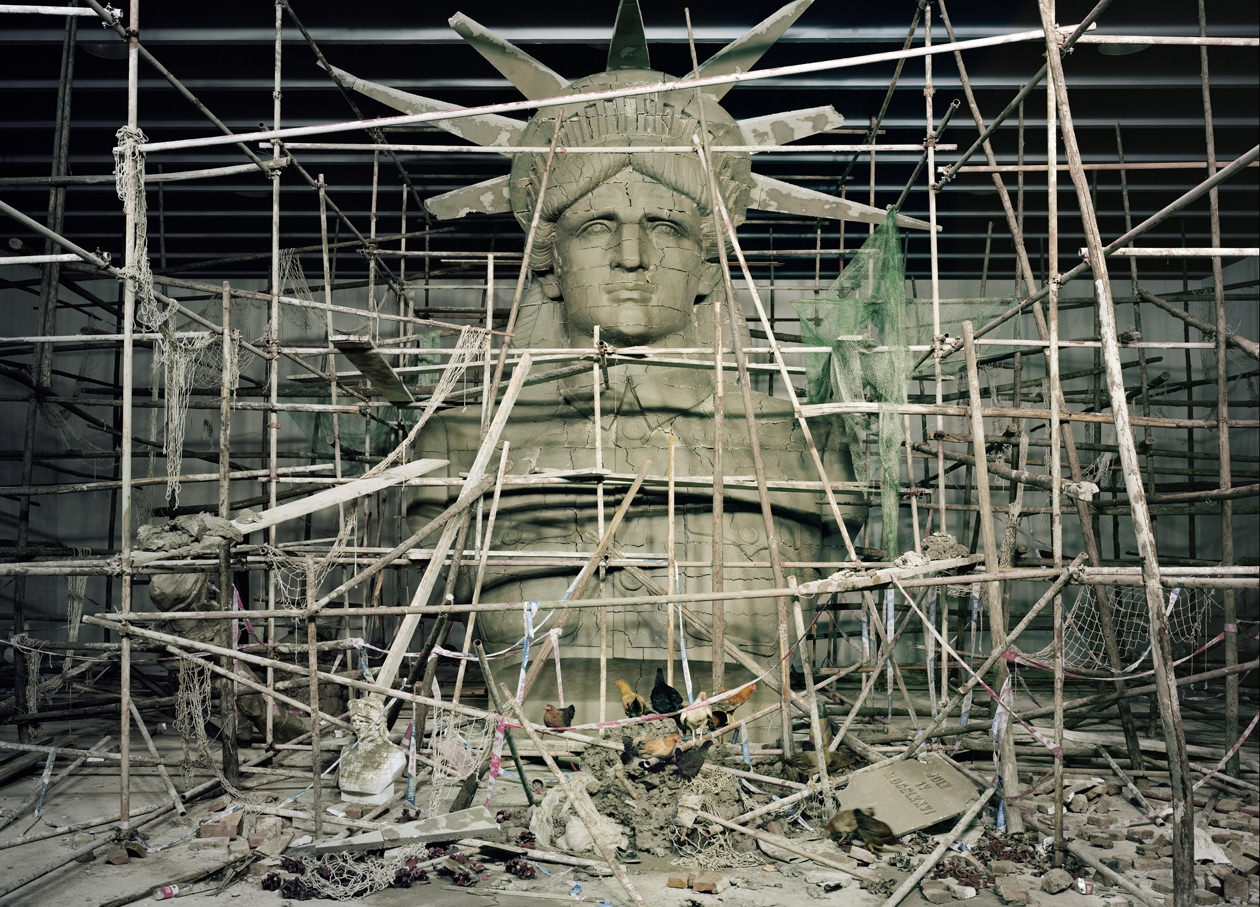 Wang Qingsong is a photographer best known for his humorous and ironic photographs of consumer culture in China. Born in Heilongjiang province, he graduated from the Sichuan Academy of Fine Arts in 1993. By the late 1990s, Wang transitioned from a gaudy style of painting, which is a variation of pop art, to large-scale color photography that references classical Chinese art. His 9-meter-long photomural "Night Revels of Lao Li" (2000) – based on a 10th century scroll painting – depicts a contemporary art critic who was fired from an official magazine for supporting gaudy art. Critical of the proliferation of Western consumerism in China, Wang's "Competition" (2004) shows the artist standing with a megaphone in front of a city hall covered in advertisements for brands such as Citibank, Starbucks and Art Basel. "Bathhouse" (2000) shows the artist sitting in a pool surrounded by women, plastic fruit and Coca-Cola bottles. Wang also worked in video and performance art, including his "Iron Man" (2008), which shows fists punching the artist's face and symbolizes the endurance of social and personal obstacles. Wang's work has been exhibited at many museums and institutions around the world, such as the International Center of Photography in New York City, the Shanghai Art Museum and the Hammer Museum in Los Angeles. The exhibition in Istanbul is the first solo exhibition of the artist in Turkey.
RELATED TOPICS