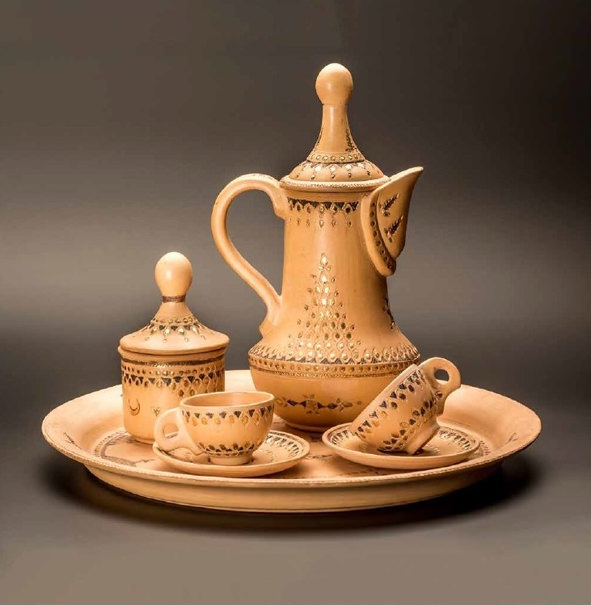 by Anadolu Agency Feb 24, 2016 12:00 am
Starting Feb. 24, artist Murat İres's ceramics exhibition "Tophane İşi" (Tophane Style) will be on display at Zeytinburnu Culture and Arts Center. It is sponsored by the Zeytinburnu Municipality. Speaking to Anadolu Agency (AA), the exhibition's curator, Lütfi Şen, said the display features İres's original ceramic work as well as almost forgotten ceramics unique to the Tophane district of Istanbul. Şen said İres's pieces are examples for future generations because their original designs are incorporated with traditional art of ceramic. "He is the only artist who can practice the art of ceramic that is unique to the Tophane district," Şen said, adding that he joined the artist in his workshop several times as part of the project. He said that he observed İres while he made ceramics and brought them out from the oven. "I express my gratitude for İres's extraordinary work," Şen said. As part of the exhibition, Meliha Coşkun prepared a catalogue that gives information about ceramic-making in the Tophane style as well as İres's biography and his artistic works.

Born in 1955, Murat İres received his bachelor degree from Marmara University's Faculty of Fine Arts. During his academic studies he worked at Eczacıbaşı Ceramic Factories Design Center as a designer. He worked on industrial design and modern art as well as restorations. In 1985, he established his own workshop and produced earthenware pots, white ceramics and porcelain and attended various international fairs. İres consulted small- and medium-scaled operations and worked as an academic at Uludağ University İznik Vocational School between 1997 and 2006. He currently works in the Tophane style and produces modern ceramics at his workshop in Istanbul's Üsküdar district.
RELATED TOPICS