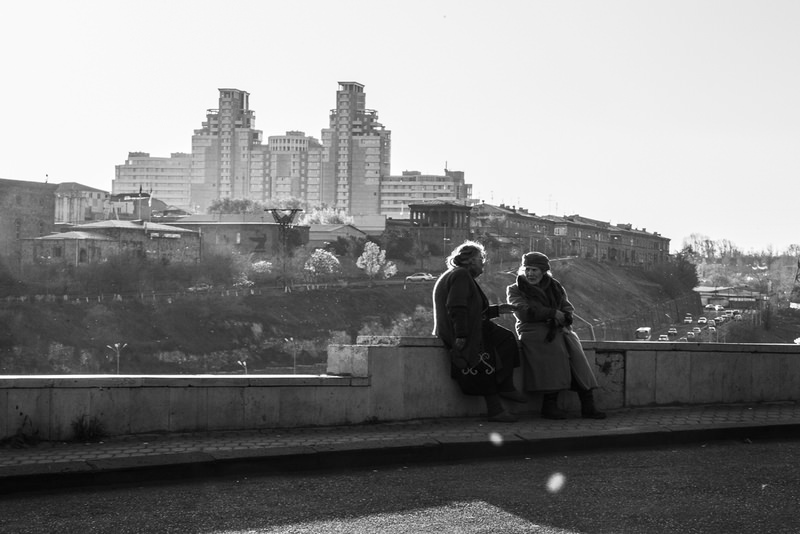 by daily sabah Feb 26, 2016 12:00 am
The photography exhibition "Sınırda" (On the Border), featuring a total of 49 black and white photographs by three young photographers from Koç University's Photography Club (KUSHOT), will be on display at Istanbul Archeology Museum's Assos Hall until March 20.

Students Hüseyin Karabacak, Orhun Şener and Çağatay Gürbay, whose paths crossed "on the border," explore the borders of life in the eastern part of Turkey, as well as people and their voices, faces and feelings from the eastern province of Kars to Armenia's Yerevan and Gyumri provinces. Curated by academician Laleper Aytek of Koç University, the exhibition reveals the photographers' journey to the unknown. "On the Border" displays various layers in the society, which were formed as an expression of collective memory.