Concrete as 'city paste' under the microscope 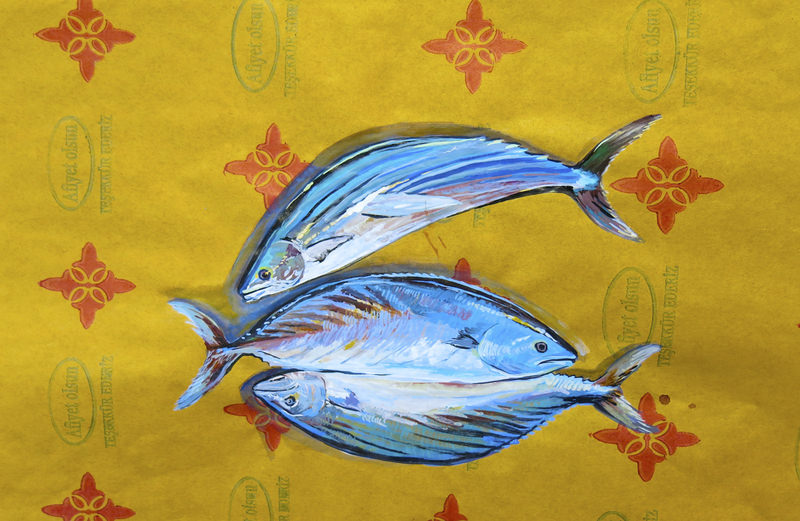 Committed to sustainability and mindful living with a specific focus on using alternative packaging and avoiding waste production, Closet Circuit will host an exhibition titled "City Paste" from March 11 to March 27. The exhibition will reference the trapped residents of the city who are in search of places to take a breath away from the rapid construction, demolitions and urban challenges like over-crowded public spaces.

Istanbul has endured millennia of change, both dramatic and gradual. The discussion of recent urban developments such as the loss of green space as well as long commutes and traffic is being added to the already long list of growing concerns, including the renovations of buildings and gentrification. "City Paste" is an installation featuring artistic work and social portraits. The project creatively reflects on city change and the personal effects it has on people's lives, for better or worse. 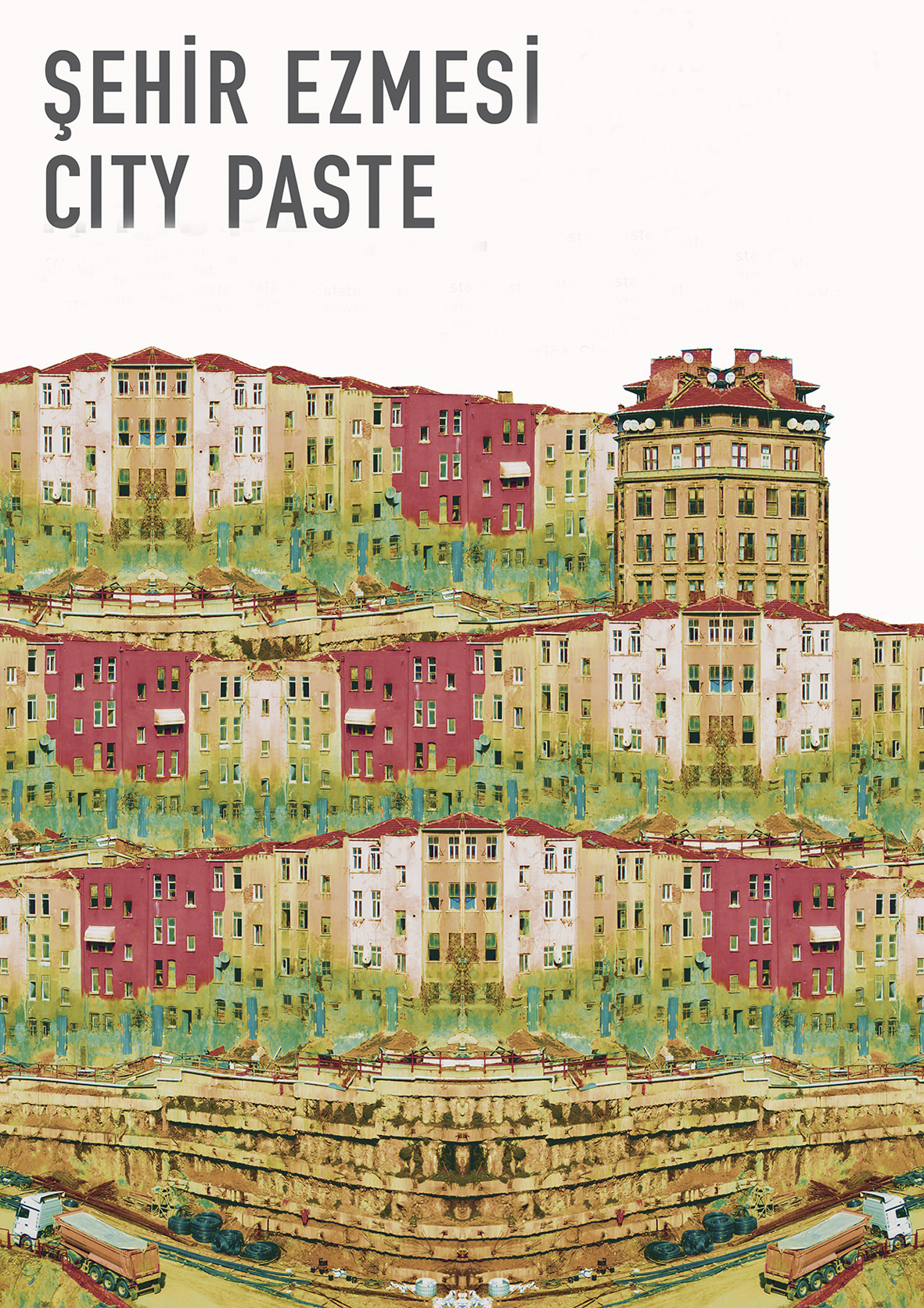 The discussion of recent urban developments such as the loss of green space as well as long commutes and traffic is being added to the already long list of growing concerns, including the renovations of buildings and gentrification. "City Paste" is an installation featuring artwork and social portraits.

Through a series of paintings, drawings, prints and creative infographics, the exhibition challenges visitors' perceptions of contemporary Istanbul. It challenges them to examine more closely the beauty of how the city is layered and the intricacy that lies between these layers. A spotlight on concrete, for example, considers the story of a material that is itself a type of city paste, poured over old foundations or new plots, gluing together buildings made of brick, metal, stone and plastic, generation after generation. Meanwhile, a series of portraits and vivid paintings of construction offer a more personal voice to the routine and often official topic. 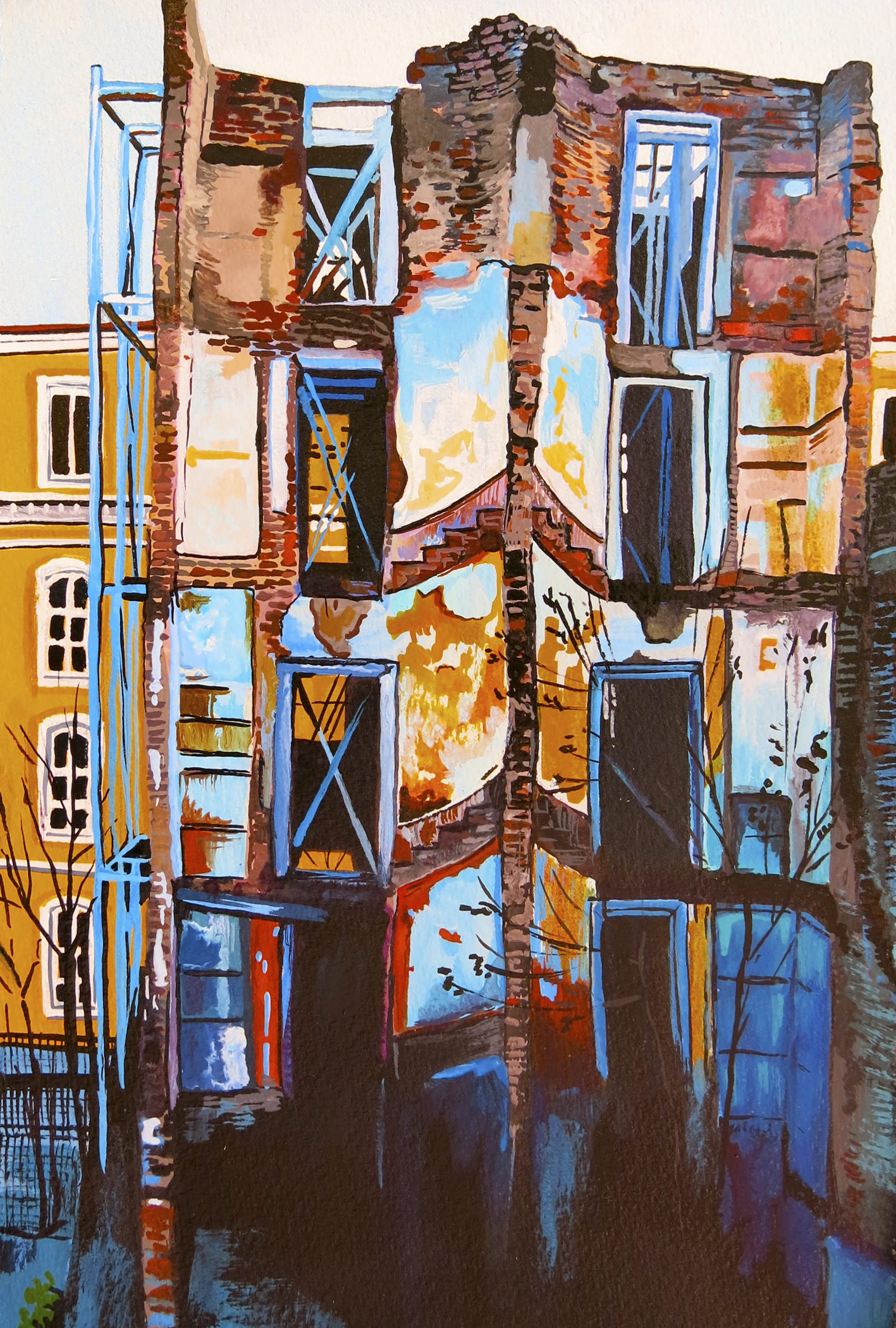 "City Paste" features a nuanced exploration of one of the most actively evolving districts in Istanbul today, Karaköy. The area is a living collage, home to docks, shared work spaces, a hardware and fish market, fish sandwich vendors, as well as art galleries, cafes and booming and looming hotel developments. Visual artist Gabrielle Reeves reflects on the delicate balances of this urban ecosystem, inspired by some of the Karaköy's most distinctive residents: Blue-collar workers, seagulls and fish. Her works incorporate watercolors, acrylic pen and oil paintings, prints, and drawings. Reeves also shares a personal connection to the neighborhood, as her studio is located in a shared han in the Perşembe Pazarı, the Thursday Bazaar.

In addition to these reflections and re-imaginings, the creators actively invite visitors, the real paste that glues the city together, to contribute their experiences and opinions as well as to join in a wider conversation about city change.

"City Paste" is led by Paul Brownlee, Gabrielle Reeves and Jessica Sim. Reeves received her Bachelor of Fine Arts in painting from the University of Wyoming in 2009, and she has since engaged in a number of exhibitions, residencies and juried shows throughout the United States as well as abroad. Brownlee and Sim each hold a master's degree in international performance research from the universities of Warwick, Belgrade and Amsterdam. Brownlee has worked as a curator, producer, theater director and lighting designer. His research and artistic work focus socially on engaged practice, gender and sexuality, and green politics. Sim is an artist, educator and eco-activist. Her previous and ongoing work connects curation, creative research and installation to address environmentalism and ecology. Brownlee, Reeves and Sim have collaborated on several projects at Closet Circuit since March 2015, including the "Museum of Garbage" curated by FLYING roots, a sustainable holiday craft bazaar and ongoing drawing classes.

Brownlee, Reeves and Sim are also joined by a team of local and international collaborators. Contributing works include the architectural renderings and photography of Stephanie Kuhlmann, graphic design works and prints of Judith Jung and creative research and design works of Olivia Traut.
RELATED TOPICS