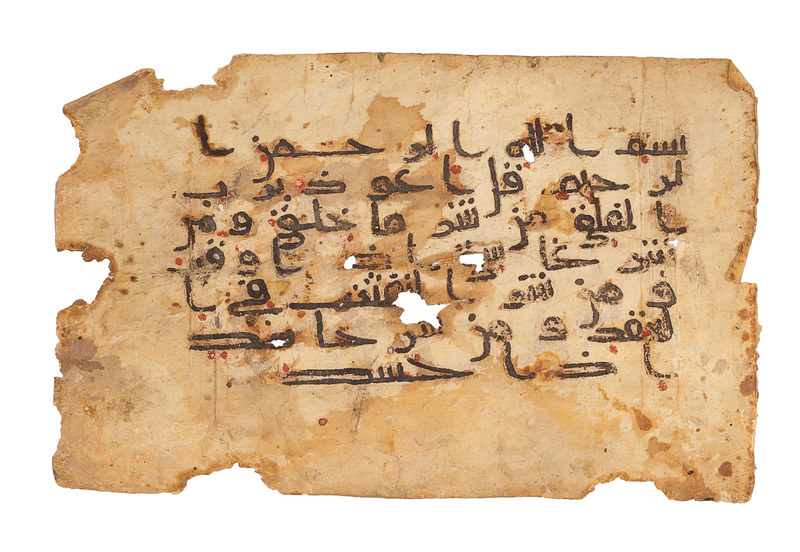 The Turkish and Islamic Arts Museum is currently hosting an exhibition that features the oldest forms of Quranic calligraphy, collected and preserved throughout the centuries, from the various areas where Islam spread

The most comprehensive exhibition featuring Qurans and manuscripts written in the Kufic script, the oldest calligraphic form, was opened at the Turkish and Islamic Arts Museum under the title of "The Magnificent Calligraphy of the Miraculous Book: Kufic." The opening ceremony was held on March 5, and was overseen by the President of Directorate of Religious Affairs Professor Mehmet Görmez. The exhibition will continue until May 2016, and displays about 150 different works written in Kufic style including masterpiece Quran manuscripts, pages and scrolls of the Quran, portions of the Quran and volumes of books, dating back as far as the 8th century. 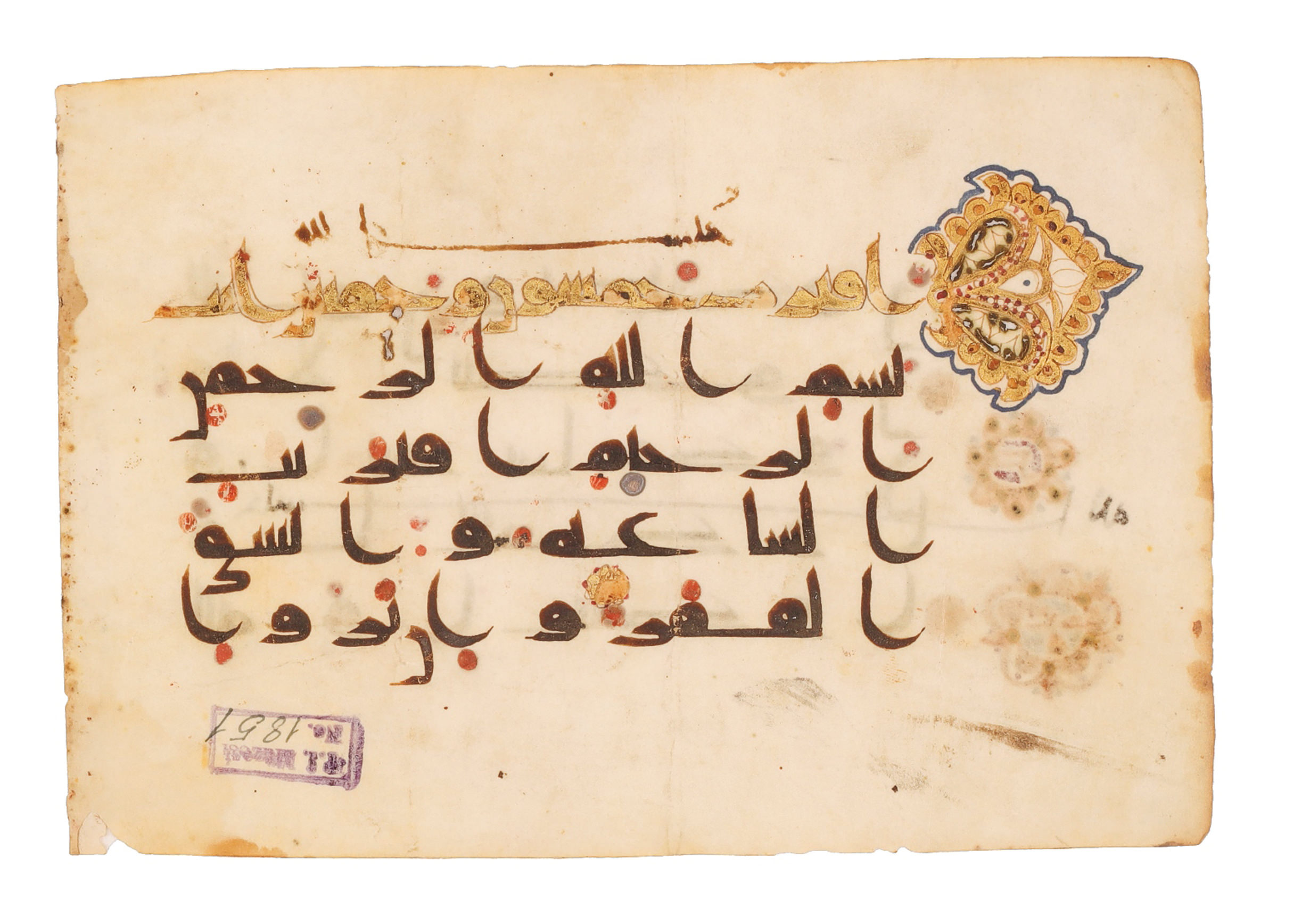 The exhibition features beautiful manuscripts containing the Quran, the words of God, written by the calligraphists in the formal Kufic style, as befits the beauty of God's words and the meanings of the Quran. The exhibited Quranic manuscripts also serve as historical documents, due to the logs and seals that they feature. The aim of the exhibition is to study the development of Kufic calligraphy though the masterpieces produced in the Islamic world. The pages of the Quran mentioned in the logs are the foundations of Islamic history, and the Quranic manuscripts, which were restored during the Jalairid Sultanate, the Mamluk Sultanate and the Ottoman Empire, are all being displayed at the exhibition. The display, including the first known manuscripts of the Quran, considered the greatest miracle of the prophet of Islam, is expected to attract more viewers during Holy Birth Week.

Although the perception that Islam is a violent religion has been promoted in the media, the Islamic artworks produced throughout the centuries reflect the tolerance of Islam and bring the past to the light of the present. Without doubt, the Quran is the most copied book among all Islamic artwork, and it has been the masterpiece of Islamic calligraphy and book art during every period. With this exhibition, which features the finest examples of early period Quranic manuscripts prepared by calligraphers, ornamentation artists and bookbinders throughout centuries, aims to raise awareness of Islamic civilizations and correct false perceptions about Islam as a religion.

The exhibition features beautiful manuscripts containing the Quran, the words of God, written by the calligraphists in the formal Kufic style, as befits the beauty of God's words and the meanings of the Quran.

"The Magnificent Calligraphy of the Miraculous Book: Kufic" exhibition displays the most sumptuous Quranic manuscripts, which is the most copied book in the world. The exhibition will remain open for two months until May 10, and will bring together the rarest Islamic artworks for the benefit of Turks, as well as international tourists. The science board for the exhibition includes important academics Professor Tayyar Altınkulaç, Associate Professor Süleyman Berk, Assistant Professor Kamil Yaşaroğlu and Sevgi Kutluay.

"The Magnificent Calligraphy of the Miraculous Book: Kufic" exhibition, which is expected to be viewed by President Recep Tayyip Erdoğan and Prime Minister Ahmet Davutoğlu, is the most comprehensive display presenting the Quranic manuscripts written in the Kufic style. Under the guidance of project coordinator Abdülkadir Özkan and curator Sevgi Kutluay, the exhibition was organized by the Islamic Culture Art Platform (İKSP) with the support of Turkish Airlines, under the tutelage of the Presidency of the Republic of Turkey.

Located in Istanbul's Fatih district, the Turkish and Islamic Arts Museum is the first Turkish museum to bring Turkish and Islamic artworks together. The foundation of the museum was laid in the late 19th century, and it was established in 1913. The museum was opened in 1914 inside the soup kitchen located in the Süleymaniye Mosque, one of the most important works of Mimar Sinan, under the title of "Evkaf-ı İslâmiye Müzesi" (Museum of Islamic Foundations). Following the declaration of the republic in 1923, the name of the museum was changed into "the Turkish and Islamic Arts Museum." Although the museum's location was not changed for decades, it was moved to the 16th-century İbrahim Paşa Palace in 1983.
RELATED TOPICS