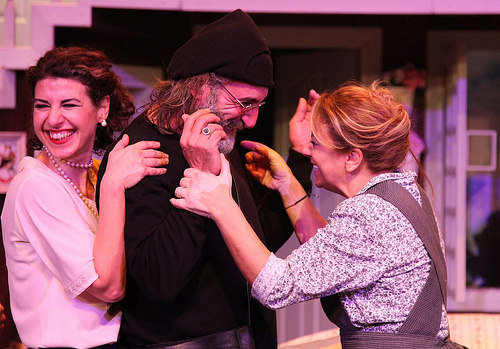 "Oyunun Oyunu" (Noises Off), which will be staged on March 16 and March 19 at the Municipal Theater, has been hailed by audiences. "Oyunun Oyunu," a "play within a play," is directed by Ali Gökmen Altuğ and represents the integrity of a theater stage. The audience can go on the stage and see all the actors, backstage, the lights and everything else.

The play translated as "Oyunun Oyunu" from English playwright Michael Frayn's "Noises Off," was first staged in 1982 in London. He said: "It was funnier from behind than in front, and I thought that one day I must write a farce from behind. This play is comedy's subspecies of farce."

The comedy aims solely to get a laugh and it does not have a message of concern. The play has had extraordinary success with its energy, rhythm and flawless acting. The play will have two performances and runs two-and-a-half hours. If you want to have a laugh and watch the energetic actors, visit the Harbiye Muhsin Ertuğrul Stage on March 16 and March 19.