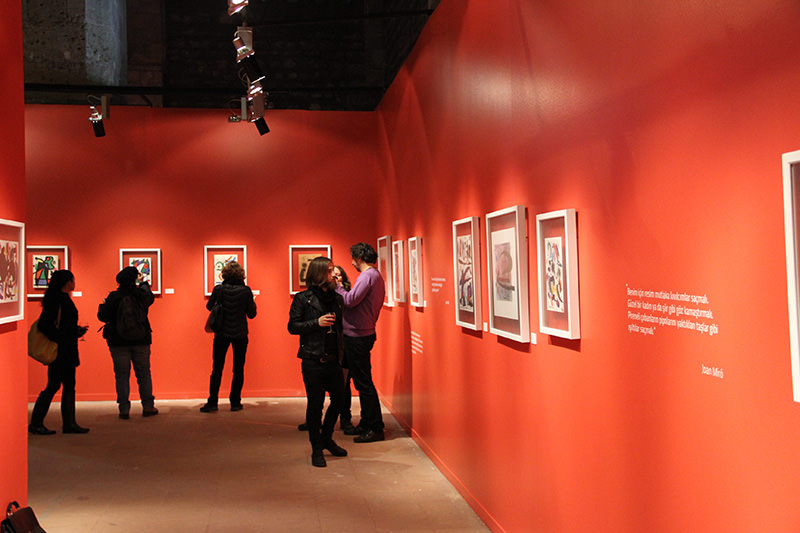 A Turkish court sentenced an art collector to four and a half years in jail for deceiving a exhibition organizer company and Istanbul's Mimar Sinan Fine Arts University (MSGSÜ) with counterfeit works of renowned Spanish painter Joan Miro in a 2013 exhibition.

Turkish daily Radikal reported that in a public lawsuit, Istanbul's 18th Criminal Court decided that the art collector Emre Sefer used falsified documents to deceive the company who organized the exhibition and the university, and sentenced him with four years and six months of jail sentence and 40,000 Turkish liras of monetary fine.

The exhibition, which was launched on Nov. 20, 2013 in Tophane-i Amire (Ottoman era arsenal) Culture and Arts Center, was closed on Dec. 20 due to the suspicion of counterfeit works being displayed, while the Miro Foundation, the legal representative of Miro's works, concluded in a report that the works are not original.

The lawyer of the company said that the decision will be an important precedent in Turkey in arts related crimes.

Miro's works were later displayed in the Sakıp Sabancı Museum in September 2014.