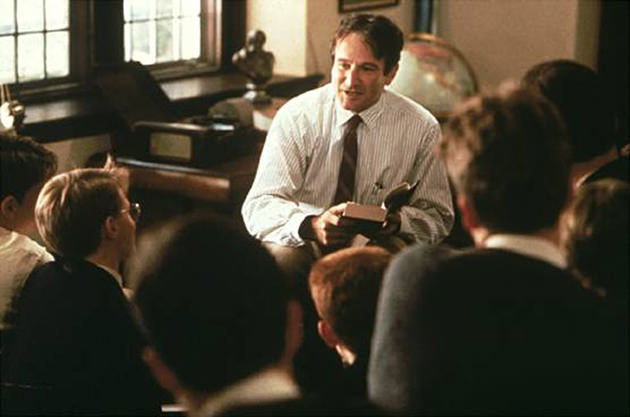 The cult 1989 film "Dead Poets Society," starring Robin Williams, Robert Sean Leonard and Ethan Hawke, which caused a stir when it first premiered and is considered among the best Hollywood films, will come to life on stage once again with a production by of Turkish theater company Tiyatro Kedi. Originally adapted from the novel by N.H. Kleinbaum, the stage play will be directed by Hakan Altıner and veteran actor Can Gürzap will play the literature teacher, John Keating, who was played by late Robin Williams in the movie adaptation.

Set in 1959, the play starts when successful but out-of-the-box literature teacher John Keating begins teaching at Welton Academy, an all-boys school, known for their extreme discipline. During his classes, Mr. Keating introduces his students, who are under a lot of pressure to be successful because of their families and the administration of the school, to the world of literature and poetry. He teaches them what freedom means, how to define life and different perspectives, allowing them to pass all the barriers that their families set for them and live the life as they please. However, the different methods that Mr. Keating uses in his classes catch the eye of the Welton Administration as Keating's methods are not compatible with the philosophy and the motto of the boarding school. School headmaster Mr. Nolan accuses Mr. Keating upon the suicide of one of the students of the school and forces the literature teacher to resign.

However, the reaction of Mr. Keating's students to his resignation shocks everybody including headmaster Nolan. Starring Can Gürzap, Tayfun Yılmaz, Sadi Özen, Efe Yeşilay, Metin Hasgül, Berkay Şanveren, Can Türkdoğan, Emre Çoldur, Mekin Sezer, Enes Daniş, Onur Yaldiz, Alev Sezer, Gökhan Dost, Hande Djavadi, İrem Uğural and Banu Batur, "Dead Poets Society" is directed by Hakan Altıner. While Tülin Pural is responsible for the décor and costume design, the lights and sound of the play are under Özgür Kaan Pural's control. "Dead Poets Society" is adapted to the stage by Gökçe Biçer. The play will premiere on April 4 at Trump Culture and Show Center in Istanbul.