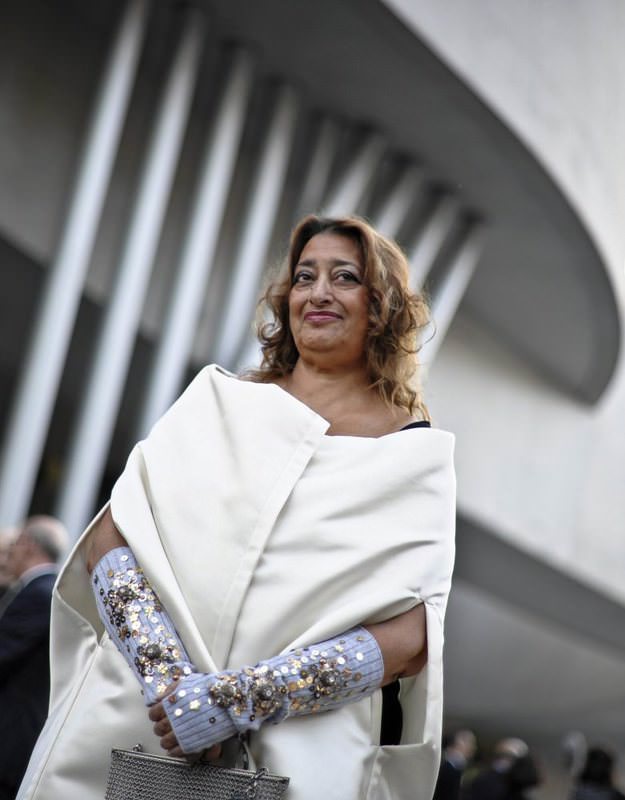 by Anadolu Agency Apr 02, 2016 12:00 am
British-Iraqi architect Zaha Hadid, whose neo-futuristic building designs won international acclaim, died Thursday at age 65 after suffering a heart attack in a Miami hospital while being treated for bronchitis. Hadid became known for designing buildings with grand, sweeping curves and eye-catching features that were commissioned in countries around the world.

Her creations include the Heydar Aliyev Cultural Center in Baku, the London Aquatics Center used during the 2012 Summer Olympic Games and the spectacular Corones museum, which sits on top of Italy's Kronplatz mountain.

In a statement on its website, her London-based company said: "It is with great sadness that Zaha Hadid Architects have confirmed that Dame Zaha Hadid DBE died suddenly in Miami in the early hours of this morning. She had contracted bronchitis earlier this week and suffered a sudden heart attack while being treated in hospital. Zaha Hadid was widely regarded to be the greatest female architect in the world today."

At the time of her death, her company was working on a number of prominent projects, including the new Iraqi parliament building in Baghdad and a stadium for the 2022 FIFA World Cup in Qatar.
RELATED TOPICS