Women lead the way in 'The Huntsman: Winter's War' 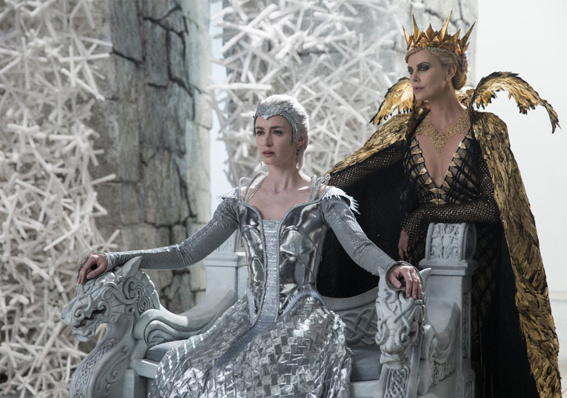 The movie is a prequel to the 2012 "Snow White and the Huntsman", which was inspired by the Brothers Grimm fairytale, and sees Oscar winner Theron and "Thor" actor Chris Hemsworth reprise their roles as evil Queen Ravenna and The Huntsman.

The story follows Ravenna and her sister Freya (Blunt) as they seek kingdom domination with The Huntsman and his bow and arrow wielding love interest Sara (Chastain) battling to defeat them in their quest. "With this specific genre, it's usually that the girl is tied to a tree and the guy has to save her and there's a lot of damsels in distress," Blunt told Reuters.

"I think this fairytale just adopts a different dynamic between men and women ... I remember it really struck me when I read the script that they were so layered and nuanced and different from each other as well."

While Ravenna will stop at nothing to remain the fairest in the land, Freya turns into an icy-hearted villainess after losing her child.

The story looks at the origins of The Huntsman from the 2012 movie, which starred Kristen Stewart as Snow White. "It was great because there's such an expansive world and fantasy there to visit," Hemsworth said."The Huntsman: Winter's War", already out in Britain and Ireland, continues its cinema roll out worldwide from Thursday.