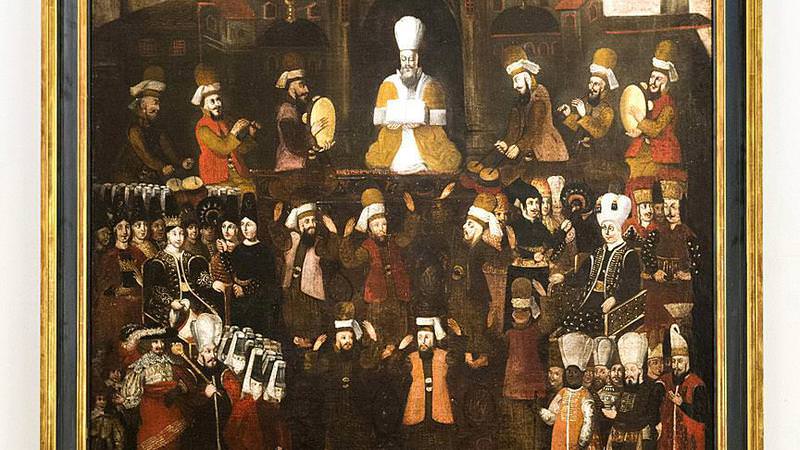 A painting of the enthronement of Ottoman Sultan Osman II has been bought for 521,000 pounds ($745,900) by the Turkish government, according to a statement from the auctioneers.

The scene shows Osman's 1618 investiture in front of Istanbul's Hagia Sophia Mosque with his mother Mahfiruz Hatice Sultan and Hoca Omer Efendi, the grand mufti, who is presenting the Holy Quran and blessing the crowd.

According to various reports in Turkish media, the picture will be displayed in Istanbul's Topkapi Palace, the former home of Ottoman rulers and now a tourist attraction, after it was bought at Sotheby's auction house by the Ministry of Culture.

It was painted by a European artist traveling with the Austrian ambassador to the Ottoman court and is thought to be one of the earliest depictions of an Ottoman courtly ceremony.

Osman II's reigned from 1618 to 1622, when he was overthrown in a military rebellion.