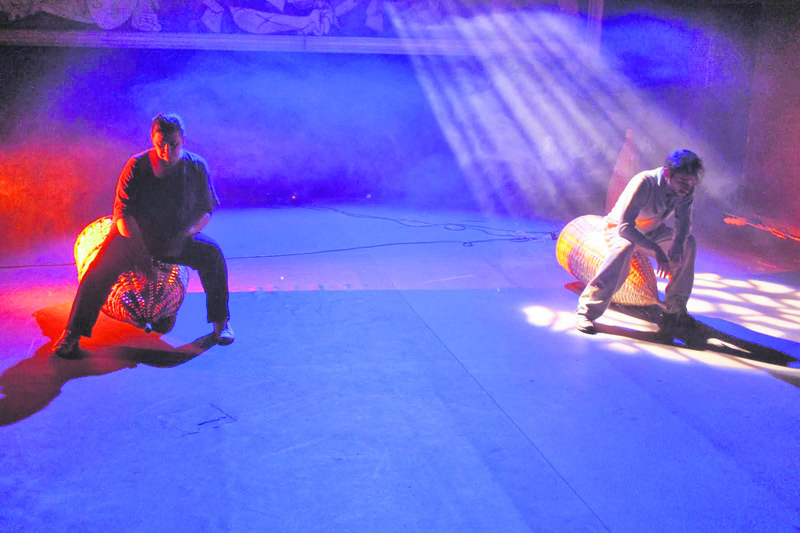 by Daily Sabah Apr 27, 2016 12:00 am
Organized by the Trabzon State Theater General Directorate, the 17th edition of the International Black Sea Theater Festival will run between May 2 and May 20 in Trabzon. The festival will host theater companies from different regions of Turkey as well as Azerbaijan, the Turkish Republic of Northern Cyprus, Iran, Ukraine, Spain, India and Slovakia. Compared to previous years, the 17th International Black Sea Theater Festival will run for five extra days and the plays will be staged twice in order to reach more theater lovers.

Trabzon State Theater General Director Uğur Keleş held a press conference at the Trabzon Journalists Society and spoke about the upcoming festival. "We will be able to see outstanding plays this year," he said. "We expected even more theater companies to participate in the festival but they cancelled at the last minute. Our aim is to organize a festival that will add brand value to Trabzon as well as the Black Sea region. These kinds of festivals contribute to the city and the countries they take place in both economically and culturally. Though this is an international event, we are able to analyze the approach of different countries to theater and compare them to our domestic theater companies. By analyzing other theater companies we will be able to enhance the Turkish stage according to international norms. The theater festival also increases economic mobility and makes theater and stage performances more accessible to locals."

Keleş added that they will initiate various related projects during the festival. "Four different plays will be performed at Bahçeçeik Prison in Trabzon. We received necessary permissions and erected the stage. Thanks to the festival, the inmates will have a chance to get a glimpse into freedom. Moreover, the plays will have audio descriptions and sign language translations for the visually and hearing impaired theater lovers." Keleş also said actors' talents will be in the forefront of this year's festival, adding that the 17th edition of the theater festival will offer an interactive theater experience.
RELATED TOPICS