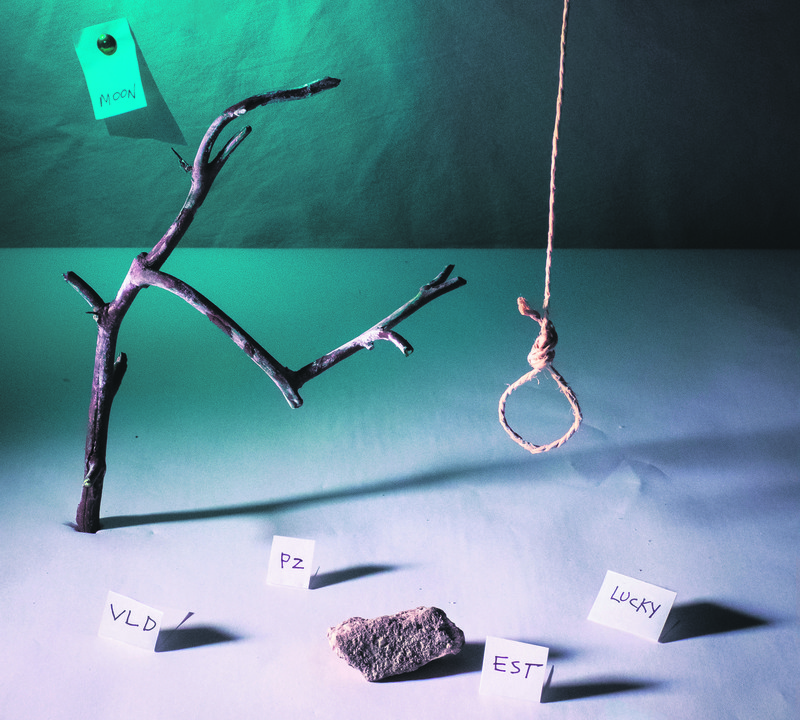 The Istanbul Foundation for Culture and Arts is now preparing for the upcoming international Istanbul Theater Festival that will be held starting tomorrow until May 28. The festival will hold 90 stage and dance performances throughout the festival, covering world-renowned plays and theater groups

Organized by the Istanbul Foundation for Culture and Arts (İKSV), the Istanbul Theater Festival opens for the 20th time on May 3 with director Şahika Tekand's production of "Waiting for Godot." The festival, which runs until May 28, will host about 90 stage and dance performances by nine international theater companies and 23 Turkish theater companies. Of the 23 plays staged by Turkish theater companies, 21 are debuts, while one of the international plays makes its world premiere at the festival. As part of the 20th Istanbul Theater Festival, panel sessions, symposiums, exhibitions, masterclasses and workshops will be free of charge. For further information about the organization, you can visit www.tiyatro.iksv.org.

Here are some of the plays that will be stage during the festival:

The 20th Istanbul Theater Festival kicks off with the Turkish production of Samuel Beckett's "Waiting for Godot." Directed by Şahika Tekand and staged by the actors of Studio Oyuncuları, "Waiting for Godot," which is co-produced by the festival organizers, will be staged on May 3 and May 4 at Uniq Hall. Starring Onur Berk Arslanoğlu, Cem Bender, Sedat Kalkavan, Nilgün Kurtar, Mehmet Okuroğlu and Yiğit Özşener, the play questions the act of waiting, expectations, hopes, hopelessness, the desire to exist and condemnation to exist. The play makes its Turkish debut at the festival. The play is in Turkish; however, English surtitles will be provided.

French writer Jean Genet's famous play "Les bonnes" (The Maids) is readapted by director Elvin Beşikçioğlu and will be staged on May 4 and May 5 at Tatbikat Stage. "The Maids" is the story of the "other" where two maids swing from existence to nothingness and nothingness to existence at the periphery of life through the identity of a lady. The maids are stuck in a vicious cycle. Their lives are about serving, and they are only entitled to what someone else's satisfaction allows them. They are "the others" who walk on the twists of their thoughts, like rope dancers. They struggle to exist at the border of reality and game, game and fiction, but they are lost - disconnected when the border between the real and the game is gone. The art director is well-known theater and cinema actor Erdal Beşikçioğlu.

"O / Hakkari'de Bir Mevsim" (O / A Season in Hakkari) a new play by the Sarı Sandalye Theater Group, founded by young theater actors that trained in Galatasaray University's Theater Community, will be staged in the New Wave section of the festival on May 5 and May 6 at Talimhane Theater. The play presents the story of O who finds himself in the east of the country on top of a mountain in the village of Pirkanis in Hakkari. While travelling through dream and reality, O tries to continue his existence in the world. Adapted from Ferit Edgü's namesake novel by Erhan Çene, Yiğit Tuna and Çağdaş Ekin Şişman, the play is 80 minutes long.

'Les Bienveillantes' (The Kindly Ones) 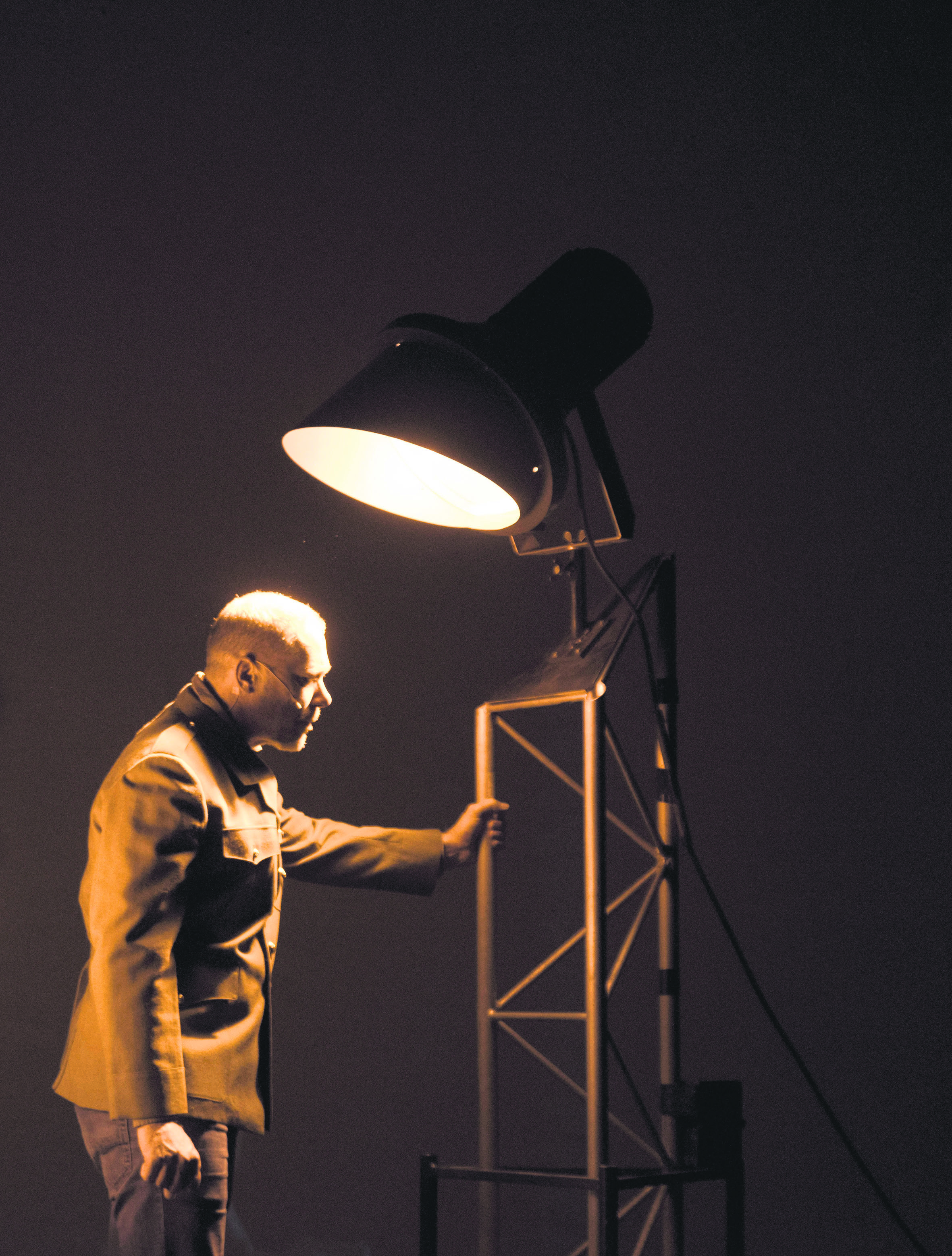 The 20th Istanbul Theater Festival hosts innovative director Guy Cassiers and Toneelgroep Amsterdam, one of the most important theater companies in Europe. Co-produced by the European Union Creative Europe Program and Toneelhuis and Toneelgroep Amsterdam, "The Kindly Ones," which portrays World War II from the perspective of an SS officer, will be staged three times during the festival. Furthermore, director Cassiers will hold a panel session following the May 7 performance. Adapted from American-born author Jonathan Littell's namesake novel in French, "The Kindly Ones" makes the audience realize that the Third Reich was not unduly populated by monsters or perverts but by ordinary citizens who collectively moved toward total madness under and because of Nazi socialism. The play displays the power of language and the dark side of humanity, enabling the audience to connect with the stream of thought of the protagonist. The play is in Dutch but English surtitles will be provided for the audience.

Adapted by Mesut Arslan for the stage from Orhan Pamuk's namesake film script, "Secret Face" is a modern fairy tale about identity. The play depicts a young photographer and a mysterious woman wandering on the borders of dream and reality. With the help of inventive light choreography by scenographer Erki De Vries, a Flemish-Turkish team of actors reveals the hidden faces of the characters. A fascinating, imaginary world full of potential stories emerges on the stage. The play is in Turkish with English surtitles.

Staged by Eskişehir Metropolitan Municipality State Theaters and directed by Yunus Emre Bozdoğan, "The Good Soldier Svejk" tells of the adventures of good-hearted, naive soldier Svejk after news of the assassination in Sarajevo that triggered World War I breaks out around Europe. The play, written by Jaroslav Hasek, handles the story in a humorous way and stands out as a dark comedy that slams warmongering, militarism and the cruelest wars of human history with all their absurdity and ridicule.

'Büyükannem Bir Taş' (My Grandmother Is a Stone)

"My Grandmother Is a Stone" is a dance performance staged as part of the 20th Istanbul Theater Festival's Play Salon project. The performance proposes trust and opening oneself as a new way of being. It invites the audience to let go without forgetting that we are passers-by on this soil while encouraging the audience to discover the look of body on a modest truth with a rock solid patience as well.

Staged by choreographers Aslı Bostancı and Senem Gökçe Oğultekin, "My Grandmother Is a Stone" will be performed for three consecutive nights in İKSV's Salon.