Istanbul art scene gives way to joyous spirit of May 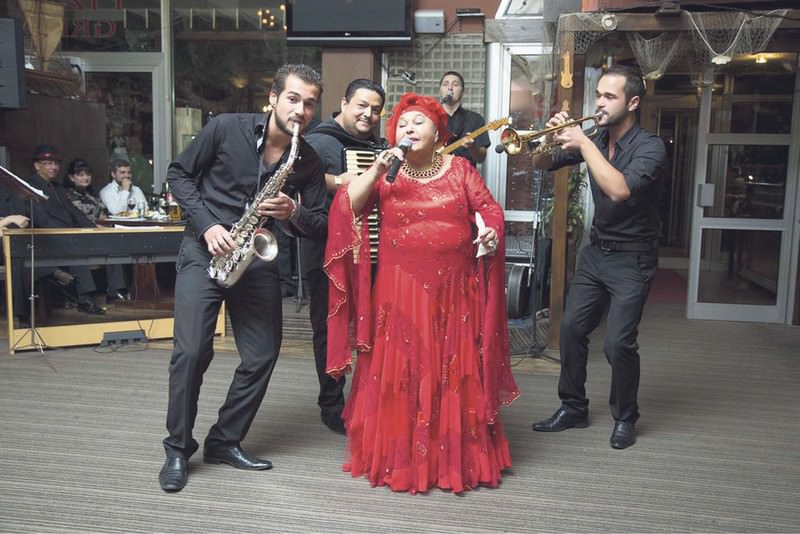 Leyla Gencer Opera and Art Center, one of the most popular venues in Istanbul's culture and arts scene, brings the spirit of spring to the stage with a number of events in May

Established in 2013 by the Bakırköy Municipality to stage opera productions, concerts and plays, the Leyla Gencer Opera and Art Center has a full program featuring various events and stage performances in May. With an indoor area of 10,000 square meters, a 300-square-meter stage, orchestra pit and 1,000-seat capacity, the Leyla Gencer Opera and Art Center - the only opera center on the European side of Istanbul - is as good as any international opera venue in the world.

Sister singers to take Istanbulites on a journey of love

Sisters Hande Soner Ürben and Hale Soner will come together onstage in their concert "Two Faces of Love" at Leyla Gencer Opera and Art Center on May 5. The sisters, who perform in Turkey as well as abroad, will take the audience on a journey of love with arias from various operas and operettas. Barış Büyükyıldırım will accompany them on piano. Tickets are on sale for TL 50 ($17) and TL 30.

"The Queen of Gypsy Music" Esma Redzepova & The Folk Masters

Esma Redzepova, who performs folk songs from Macedonia and the Balkans as well as gypsy music, has given many benefit concerts for human rights and humanitarian aid. Moreover, she has been included in the "top 50 best voices" of NPR and her song "Çaye Şukariye" has been covered by Turkish pop star Ajda Pekkan under the name "Olanlar Oldu Bana" (Sevdim Sevilmedim) in Turkish. Redzepova was named "Queen of Gypsy Songs" at the World Roma Music Festival, which she attended for the first time in India in 1976. Redzepova, whose father is Turkish and mother is Serbian, was born in Skopje and represented Macedonia at the Eurovision Song Contest in 2003. The Folk Masters, who will take the stage with her, consist of members of the Queen of Gypsy Music Orchestra of Redzepova. Folk Masters have performed more than 300 concerts in Europe, Asia, America and Australia, and they continue the musical tradition of Esma and Stevo Teodosievski. The "Queen," who has won hearts with her charitable and sensitive contributions to others as well as the Balkan songs she sings in her incredible voice, Esma Redzepova & The Folk Masters will take the stage for a night to remember at the Leyla Gencer Opera and Art Center on May 6. Tickets are on sale for TL 80 and balcony tickets are TL 55.

Istanbulites to partake in a bit of German Romanticism

Composed by Robert Schumann in 1840, "Dichterliebe" (The Love of the Poet) consists of 16 Lieds and is considered one of the most famous vocal works ever, a classic passionate, dream-like composition of German Romantic music. This work, composed based on the poems of Heinrich Heine, will be played by pianist Melin Molla and sung by tenor Laçin Modiri. The duo will also perform a selection of favorite Lieds on May 12 at the Leyla Gencer Opera and Art Center. Tickets are sold for TL 30.

Examples of Romantic period composers to be performed

Mezzosoprano Lerna Baloğlu Akbulut, guitarist Haluk Onat Akbulut, pianist Işıl Giray and the Tres Ensemble will perform a selection of compositions by Romantic era composers. Their rich repertoire will also include some of the most renowned and well-liked works of classical music ever. A selection of romantic and cheerful melodies from the 17th and 18th centuries, including solo, duo and trio voice, will be performed on stage to the delight of concertgoers at the Leyla Gencer Opera and Art Center on May 15. Tickets are on sale for TL 35 and TL 25.

Shakespeare's "The Merry Wives of Windsor" set to opera

The Istanbul University State Conservatory will stage a production of the opera based on William Shakespeare's "The Merry Wives of Windsor" on May 16.

The libretto of the work was written in German by Hermann Salomon Mosenthal based on Shakespeare's play. The opera is unique in its resemblance to Shakespeare's comedy; however, the characters of the opera are renamed in German. Otto Nicolai has combined the Italian opera technique, the one that Mozart used, who idealized with German language and German opera tradition, with the opera version of "The Merry Wives of Windsor." This is the first time this world-famous play has been featured in an operatic composition. This success of Nicolai could only be repeated 44 years later when the Italian composer Verdi composed the Falstaff opera with the same theme.

Exclusive two-act show by the Stars of Ballet

The Stars of Ballet, a group of young dancers from Mimar Sinan Fine Arts University's Istanbul State Conservatory, will put on a show in two acts at the Leyla Gencer Opera and Art Center on May 17.

The first part of the two-hour two-act show starts with the Corsan Ballet Trio, continues with important works such as "Four Little Swans" and "Esmeralda," and ends with "Balo de Regina" by legendary 20th century dance choreographer George Balanchine. The second part of the performance will be "Don Quixote," one of the favorites of the ballet world, which will take the audience on a journey to Spain.

Young ballet dancers will show off their skills on May 22 during a two-act show. The first act will combine original works by the ballet instructors from the Istanbul University State Conservatory from their 2015/2016 academic year repertoire. The second act of the show will witness the young dancers' performance of "La Bayadere." Tickets are on sale for TL 20.

On May 25, pianist Ece Demirci, a professor at the Mimar Sinan Fine Arts University State Conservatory, will take the stage for a solo piano recital. Demirci will perform a variety of classics as well as piano interpretations of Turkish folk music. Tickets are TL 30.

Each year, around 3,000 singers from 155 countries attend auditions in 50 cities. In the end, around 150 gifted young singers are chosen to compete in the International Hans Gabor Belvedere Singing Contest finals in Vienna. The final auditions this year will take place at the Leyla Gencer Opera and Art Center on May 28. A world-famous panel of judges will carefully conduct the elimination process along with a Turkish panel of judges. Moreover, the finalists who will represent Turkey will be determined a day before, on May 27. Tickets are on sale for TL 25.

Conservatory students to demonstrate their skills on stage

Students of Tülay Uyar, a famous singer of the Istanbul State Opera and Ballet and lecturer at the Istanbul State Conservatory, will give piano, guitar and singing recitals. Students from Tülay Uyar Music School, which has been providing music education for the last 13 years, will greet Istanbulites at their concert "Love for Music." Tickets are on sale TL 50.

The Leyla Gencer Opera and Art Center concludes its performance season with a piano concert by Şevki Karayel in June. Karayel, who has played concerts in Germany, Turkey, Italy, the Netherlands, Austria and Egypt, and has received many awards for his work. He played his first concert as a soloist after he won a contest held by the State Symphony Orchestra. Pianist Karayel will play selected works by Bach, Beethoven, Schubert, Lizst and Gershwin, bringing joy to Leyla Gencer Opera and Art Center with his masterful performance.
Last Update: May 03, 2016 1:12 am
RELATED TOPICS