Statue of Hitler goes for $17.2M at NY auction 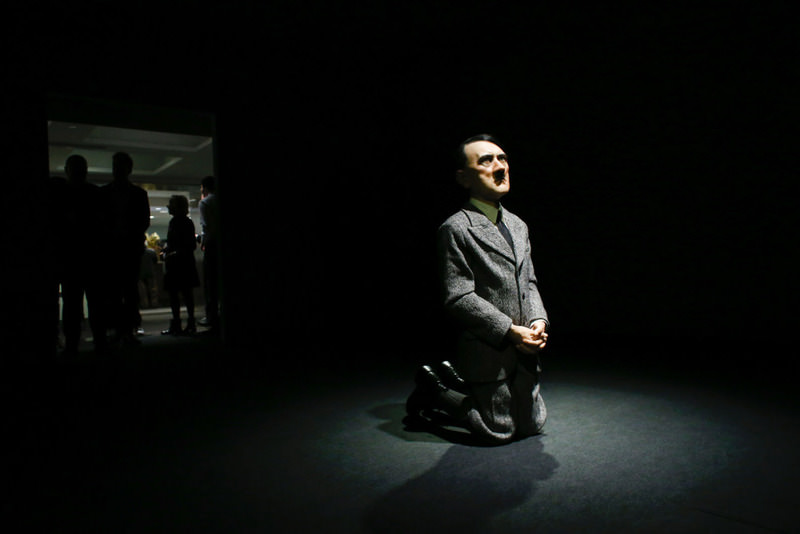 by May 10, 2016 12:00 am
A statue of Hitler on his knees was auctioned Sunday for $17.2 million, a record for a work by the Italian artist Maurizio Cattelan. The wax and resin statue titled simply "Him" had been expected to fetch between $10 million and $15 million at the auction by Christie's. The previous record for a work by Cattelan, who is 55, was $7.9 million. In the statue, Hitler is depicted as being the size of a boy, on his knees in a gray woolen suit, with his hands clasped together as he gazes upward. The work was completed in 2001. The sale came as part of a themed auction called "Bound to Fail," a selection of 39 works of modern and contemporary art exploring the idea of commercial failure and risk-taking to expand the boundaries of art.

Loic Gouzer, deputy chairman of post-war and contemporary art with Christie's who created the theme-oriented auction evenings, called this particular sale "difficult." But "it came off well" and this shows the strength of the art market, he said. Unlike in the movies, Gouzer said last week, "artists have hardly ever touched on the issue of Hitler." "I wanted to destroy it myself. I changed my mind a thousand times, every day," Cattelan has said.

He added: "Hitler is pure fear. It's an image of terrible pain. It even hurts to pronounce his name. And yet that name has conquered my memory. It lives in my head, even if it remains taboo." Another important work featured at the auction was "One Ball Total Equilibrium Tank" by American artist Jeff Koons, who is known for toying with objects from popular culture. This one has a water-filled basketball suspended in the center of a tank of saline solution. It sold Sunday for $15.3 million with taxes. It had been expected sell for up to $12 million. Spring art auctions in New York began Sunday evening and last through Thursday. All but one of the 39 pieces up for grabs Sunday found a buyer. The total sales volume was $78.1 million, compared to their combined estimated pre-sale value of $59.4 million. The 1,500-odd pieces up for auction this week are expected to bring in more than a billion dollars.
RELATED TOPICS