Slovenian and Turkish artists depict the world they perceive 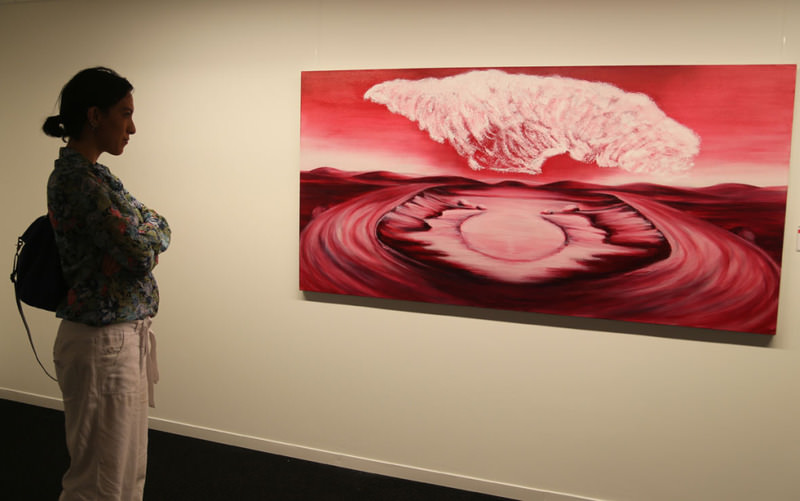 by Anadolu Agency May 16, 2016 12:00 am
The exhibition "Magicscape," which brings together the works of Turkish and Slovenian artists from different disciplines, opened at O'Art located on the second floor of Odeabank's Etiler building. Organized thanks to the initiative of Başar Arıoğlu, Slovenia's honorary consul in Istanbul, as a part of Slovenia National Day celebrations, the exhibition studies the cultural relationship between Turkey and Slovenia through art.

The works of Eva Petric, Klemen Brun, Joze Subic, Başak Avcı, Gül Ilgaz and İrfan Önürmen, which are featured at the exhibition, describe the earth we live in through different perspectives. Speaking to Anadolu Agency (AA) during the event inauguration, Slovenian artist Joze Subic said, "I previously visited Istanbul but this is the first time I have the honor of displaying my art in this city. Today, Istanbul is an important hub where the West and East mingle. Art should have no boundaries, and as artists, a world of no borders or boundaries is our ultimate desire. We love meeting with new people, and thanks to this exhibition, my and Turkish artists' paths have been crossed, creating new energy and rhythm in our work."

Başak Avcı, the event's curator, on the other hand, said her wish is for artists to raise a single and harmonious voice together. "I have previously worked with Slovenian artists. Presently, Turkish art accepts foreign artists more than it ever had," she added. Noting that the aim of the exhibition is to strengthen the cultural and commercial bonds between the two countries, Avcı said the exhibition is an important milestone for artists to be visible in society, and Magicscape will be also showcased in Slovenia as part of Republic Day on Oct. 29. Magicscape can be seen at O'Art until June 26.
RELATED TOPICS