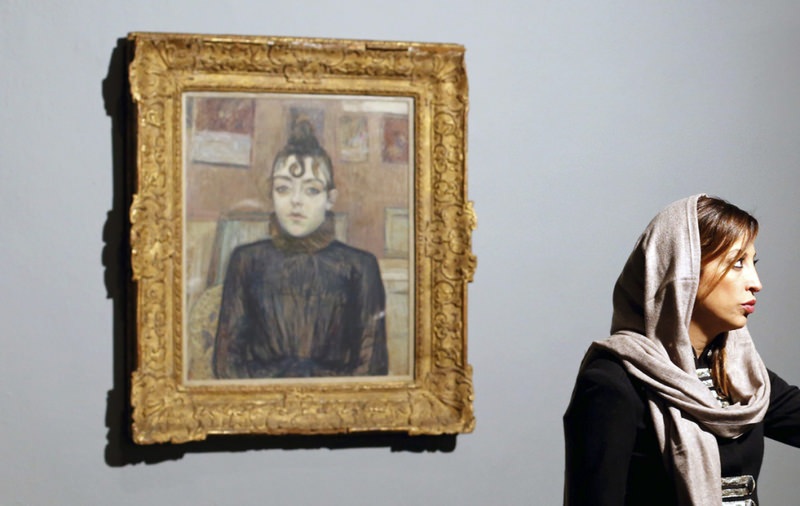 by May 17, 2016 12:00 am
Works from one of the world's most prestigious collections of modern art, assembled under the former shah of Iran, will go on show in Berlin late this year, German cultural officials announced last week.

The collection, reputed to be the greatest lineup of modern masterpieces outside of Europe and the United States, includes major works by Pablo Picasso, Joan Miro, Andy Warhol, Jackson Pollock, Mark Rothko and Francis Bacon. The Prussian Cultural Heritage Foundation (SPK), which manages Berlin's main museums, said it had agreed to a deal with the Tehran Museum of Contemporary Art for a major exhibition of the collection in the German capital from December until February next year. The SPK did not specify how many of the works would be shown, or which ones. The whole collection runs to nearly 300 canvases by some of the leading Western artists of the 19th and 20th centuries. Since the Islamic revolution of 1979 that overthrew Shah Mohammad Reza Pahlavi, the works assembled under the patronage of his wife, Farah Pahlavi, have not been shown together outside Iran before, according to the SPK.

"A collection unique for its composition and history will be shown for the first time," SPK president Hermann Parzinger said. Recalling the Iran nuclear deal, German Foreign Minister Frank-Walter Steinmeier, quoted in the SPK statement, hailed the exhibition project as a sign of Iran's "cultural and social opening up." The show will also include works by contemporary Iranian artists. In November last year, the Tehran Museum of Contemporary Art held an exhibition of 42 works by Western artists from the collection that art dealers purchased for Farah Pahlavi in the 1970s. The exhibition featured rarely seen works of Warhol and Pollock. Among the artworks Pollock's masterpiece "Mural on Indian Red Ground," valued by Christie's auction house experts in 2010 at $250 million, and Warhol's "Suicide", a 1963 acrylic painting of a man leaping to his death from a building, stood out. A similar work from Warhol's "Death and Disaster" series sold at Sotheby's in New York for $105 million in 2013.
RELATED TOPICS