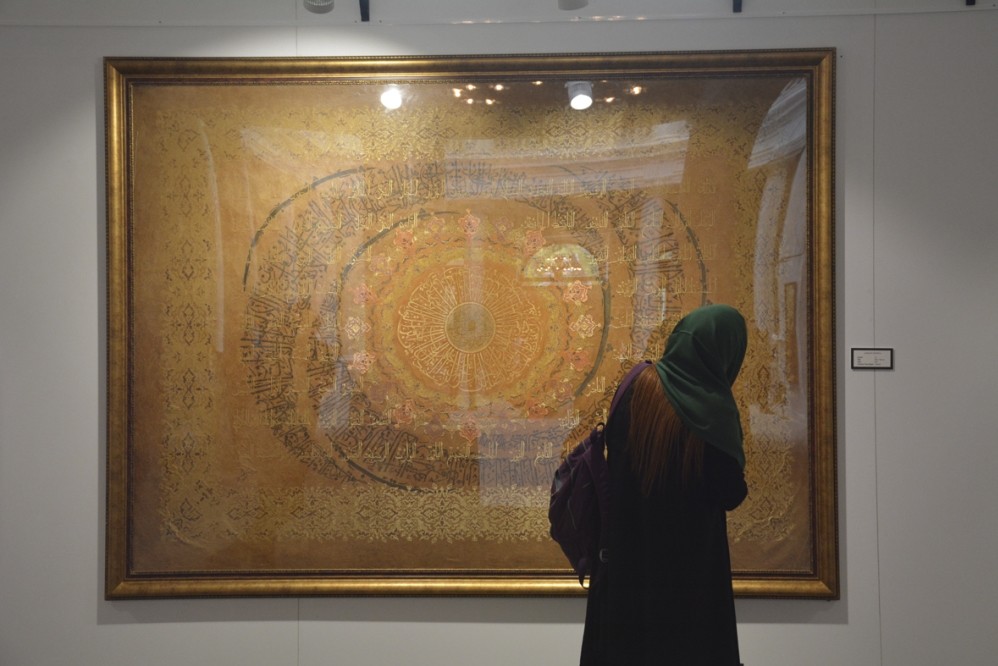 by Anadolu Agency May 20, 2016 12:00 am
Iranian artist Ahad Saadi's solo exhibition "Azarnagari," which is organized by Istanbul University and the Cultural Directorate of the Consulate General of the Islamic Republic of Iran in Istanbul, has opened to visitors. The exhibition features four sculptures and 21 paintings and will be open until May 24 at Istanbul University' Chancellor's building.

Speaking at the opening ceremony of the exhibition, the Islamic Republic of Iran's Consulate General Mohsen Mortezaifar thanked Istanbul University Chancellery and said that he places great importance in science and the arts. "I want to show people how much we value culture and art in the Islamic Republic of Iran," said Mortezaifar. "I am glad to be at the opening exhibition of a prominent Iranian artist. As the Consulate General of the Islamic Republic of Iran in Istanbul, I am very proud. The Iranian state gives so much importance to harmony that it has named its borders as 'the borders of peace' for the last 40 years. The most significant catalyzer of peace and brotherhood is culture as well as art. These kinds of events should be held more often."

He also said that the cultural interactions between Turkey and Iran will continue in the future and claimed that cultural and artistic practices will build a bridge between the people of both countries. He said: "We, the Iranians, have never felt we were strangers with the Turks. We always believed that Turkey is our second home and this intimacy is a result of Turkish hospitality." 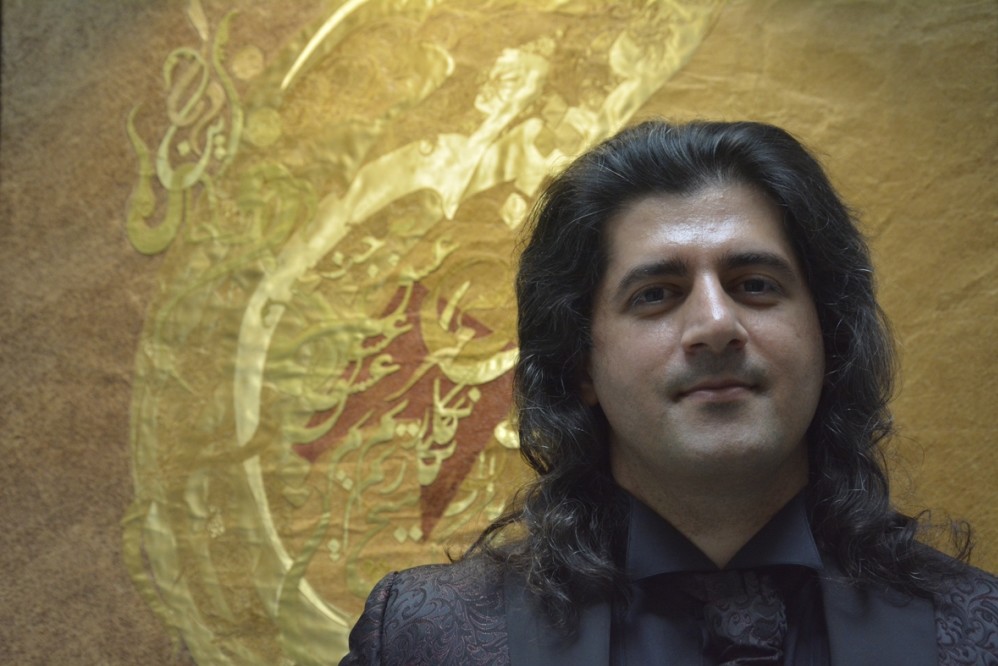 In his speech at the opening, Istanbul University Chancellor Professor Mahmut Ak spoke of his experiences at a previous exhibition at Yeni Mosque. "When I saw the exhibition, I wanted it to be displayed at our university. It is very fortunate for us that the Consulate General of the Islamic Republic of Iran supported our project and that the artist agreed to hold his exhibition at our university. As you all know, art and culture events are one of the best ways to strengthen the bond between two countries," Ak said.

Iranian artist Ahad Saadi, who produces art by bringing fabric and fire together, told Anadolu Agency (AA) correspondent that he held the exhibition upon Chancellor Ak's request and thanked everybody for the great interest shown at the exhibition. "I am in love with universities as they help people to improve themselves. If the students are not brought up under any ideology or oppression, universities become good places. I love Istanbul University as it has a historical building and represents culture," Saadi continued.

Saadi previously opened a total of six solo exhibitions in Istanbul and will continue to put his works on display in various provinces of Turkey in the upcoming year. The exhibition "Azarnagari" features a total of 25 works by Saadi, including sculptures, paintings and calligraphy. All the works featured at the exhibition are the creation of the artist's own imagination. The Iranian artist wants to maintain his originality and rejects being identified with a single artistic movement or style as he does not want to restrict his art in a single style.

Noting that the exhibition took four years to put together, Saadi said, "It is important to look around and draw inspiration from current affairs and the sociology of the community. For instance, when bad news arrives, artists usually try to mirror their anger and disappointment with the color red. I do not follow this trend as we have already enough bad news apart from the message of our art. I try to think positively and work with peace and happiness. If other artists and I continue to follow this movement, there will be nothing but positivity left."

Saadi pointed out that the motto of the exhibition is "love and romance" and then said, "My personal motto is a beautiful quotation from Rumi. It goes, 'Let's not plant anything but love on these holy lands.' I reflect on this idea in all my works."
Last Update: May 20, 2016 1:00 am
RELATED TOPICS