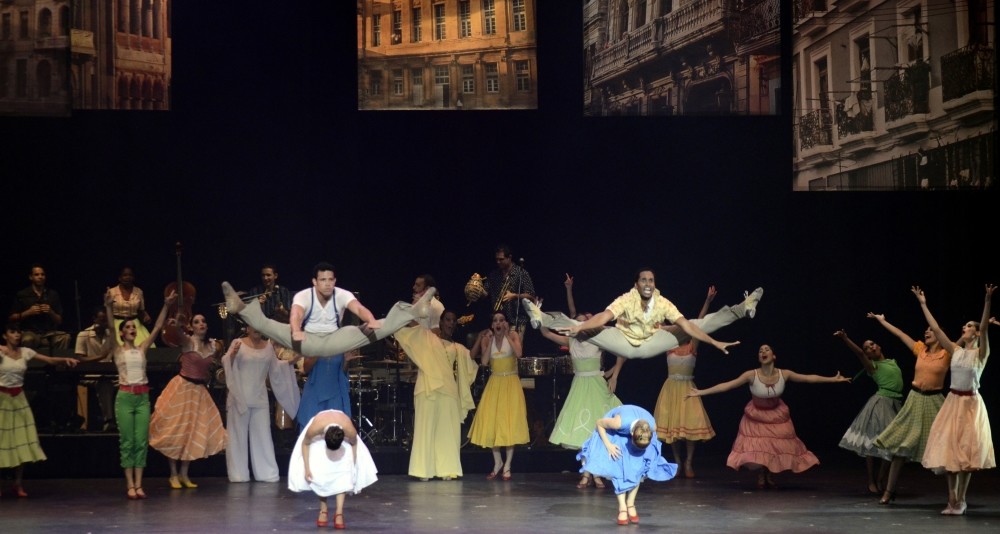 by Daily Sabah May 25, 2016 12:00 am
The world-renowned dance company of Lizt Alfonso is coming to Istanbul for the season finale at İş Sanat on May 27. Known for tenacity, simplicity and unique fusion of dance styles, Lizt Alfonso has received numerous awards which include the Distinction for Culture of Cuba in 2008, the Dora First Prize of the Canadian Performing Arts in 2006, the First Prize for Choreography of the National Union of Writers and Artists of Cuba in 2008 and the Prize Foundation Cuban Artists of New York award in 2001.

The choreographer's achievements have propelled the dance company to become the first Cuban dance group to take the stage on Broadway in New York City. According to Alfonso, "'Lizt Alfonso Dance Cuba' is a fusion we created that makes us stand out on the world's dance platform. We perform our dance shows to live music and our dancers combine ballet, modern dance, Cuban popular dances, Afro-Cuban dance, Flamenco and many other techniques in each and every choreographed step. This is a presentation of Cuba's coexistence with today's dance and music."

Speaking about their recent show "Cuba Vibra," the choreographer said, "I have no doubt that the Turkish people will enjoy this performance, which gives our audience the chance to experience dance and music from the 1950s to today."

The dance company has also been performing musicals since 2007, performing "Vida" with Mirvish Productions on the Toronto Royal Alexandra stage and "Amigas" with the Schmid Tivoli Production in Hamburg. Litz Alfonso Dance Cuba also performed in the music video of "Bailando," a Latin hit song by famous Grammy award-winning singer, Enrique Iglesias.

When asked about performing in Turkey, Alfonso said that "Turkey has very nice, vivid and mystic works of art, dance and music. This will be our first encounter with a Turkish audience and the Turkish culture. It is great to have the opportunity to share this happiness and illusion with the Turkish people." Lizt Alfonso's unforgettable season finale will be at İş Sanat on May 27.
RELATED TOPICS