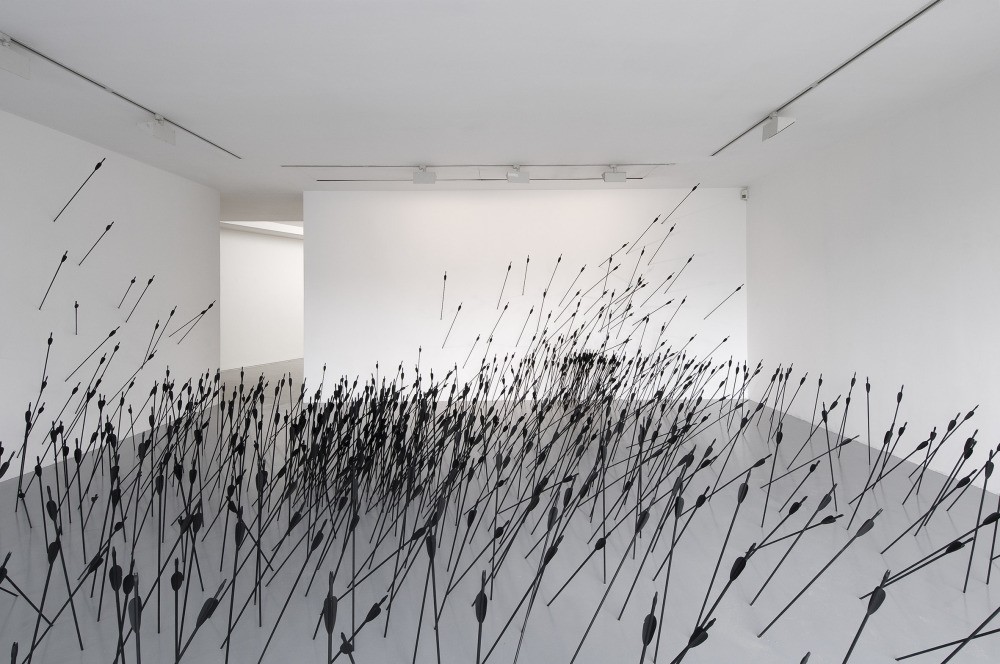 Arter gets ready to host a collective exhibition titled 'Not All That Falls Has Wings,' which aims to draw attention to gravity and falling in contrast to the concept of rising to the sky, which is prevalent throughout history

The Arter Gallery will present a group exhibition titled "Not All That Falls Has Wings" between June 9 and Oct. 18, bringing together works by Bas Jan Ader, Phyllida Barlow, Cyprien Gaillard, Ryan Gander, Mikhail Karikis and Uriel Orlow, Void and Anne Wenzel. The exhibition is curated by Selen Arslan.

Conceived around the concepts of gravity and gravitas, the exhibition deals with the act of falling by going beyond the usual connotations, such as a sense of powerlessness, the outcome of a physical fall or the foregone conclusion of a curse. The exhibition originated from the idea that 'all falls and keeps falling'. It points out a shared condition connecting the fate of a dust particle that destines it to fall down, with that of the words pouring out from the tip of our tongues. The idea is that on this common ground which forces everything - material or not - to fall, the productive force of a disorienting movement bridging the unexpected and mundane can be revealed. 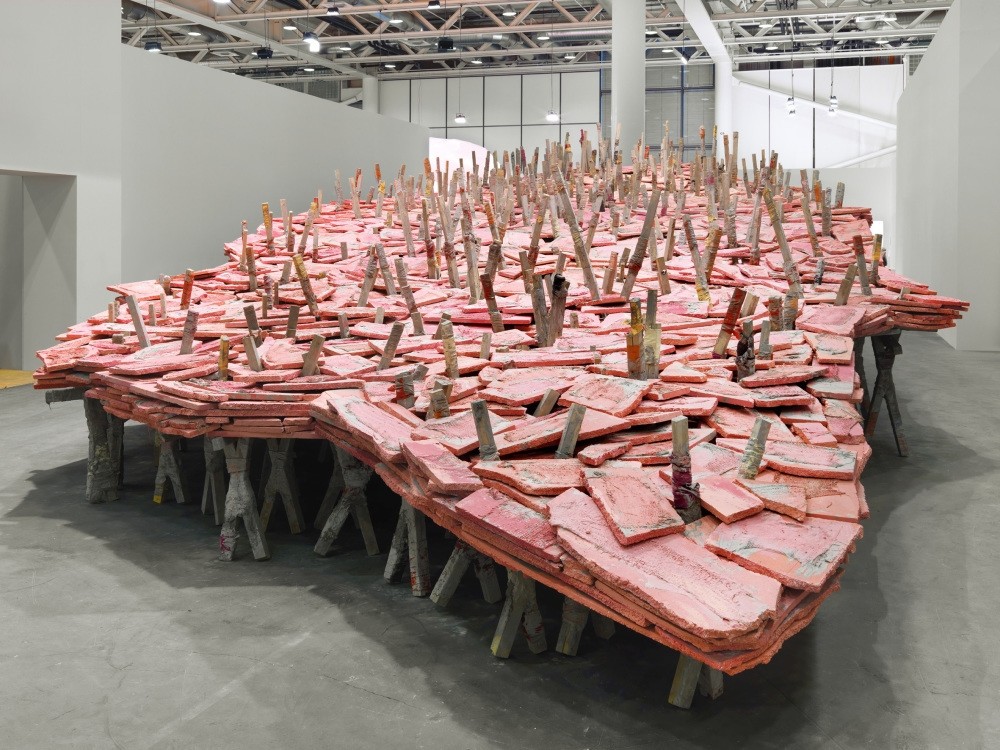 Phyllida Barlow's multi-layered landscape with two installation pieces special to the exhibition that she created in reference to the concept of impact.

As the backbone of the exhibition, the act of falling makes it possible to track down an artistic gesture that deals with the surface and comes to terms with depth by getting away from the artistic conventions based on the sublimation of reality, for falling and falling better.

As a natural extension, the exhibition also focuses on the balance that exists between rising and falling, and investigates the continuity of the downfall in a scale ranging from the most personal themes to large human structures - including the progress of communities. The works in the exhibition attempt to portray the power of gravity as a dynamic that belongs to all times and therefore goes beyond the contexts of historical boundaries. By presenting rises and falls away from myth-oriented tradition, the aim is to signal their own unique dynamic and history. 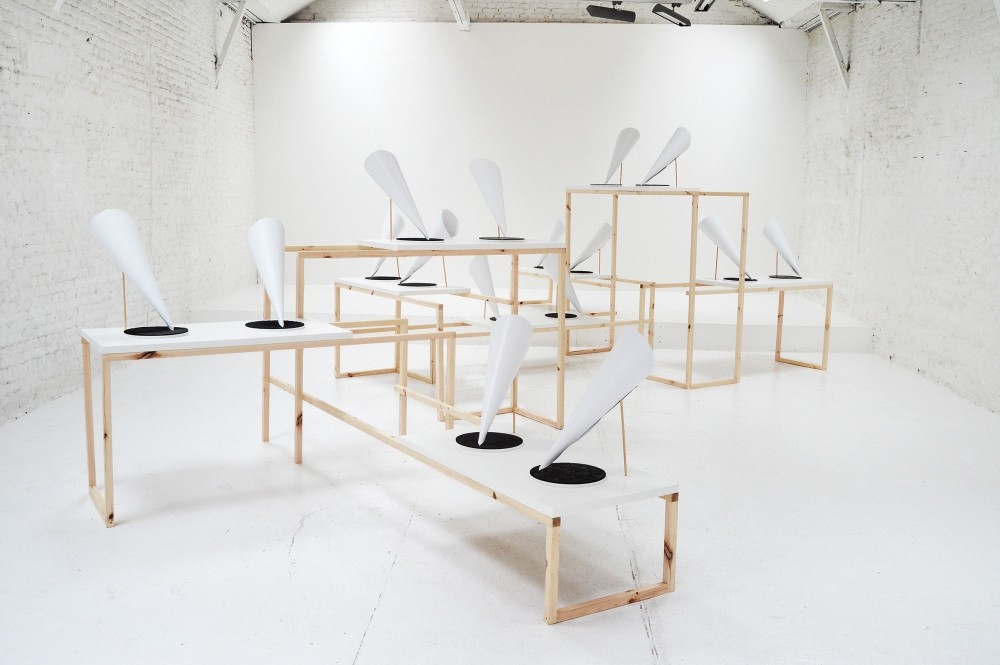 Barlow builds a multi-layered "landscape" with two installation pieces special to the place that she created with reference to the concept of impact. As Barlow's installation spreads through the place, emphasizing physical forces and emotional tension inside the current architectural structure, in the video recorded by Karikis and Orlow in an abandoned coal mine, the sounds below the ground unearth memories and invite the audience to take a step towards the underworld.

Ryan Gander's installation interprets a historical battle between Piet Mondrian and Theo Van Doesburg on vertical angles into a spatial challenge. Hundreds of black arrows, which seem like they were thrown from different directions, turn the exhibition area into something like a battlefield. While presenting a scene where reality and fiction collide, this structure also serves as a compliment for the diversity of the roads and directions. The end result is an area where nothing but the authority of the absolute and verticality falls.

For additional effect, three 16mm films from Ader's inspirational series "Fall" will be screened during the exhibition as well. His films which stand somewhere between immediateness and poetry and here Ader presents himself as a falling figure who surrenders to gravity. The falling gesture that Ader willingly repeats in his films but never in the same way does not reach any conclusion.

The Void duo, working with non-material phenomena such as sound, model the different surfaces they chose from Istanbul, and turn these models into sound-making objects. The duo invites the audience to hear the hidden memories and traces inside the city.

Cyprien Gaillard's video installation titled "Pruitt Igoe Falls" and Anne Wenzel's installation "Silent Landscape" reveal the question of "greatness" while indicating the kinship between fall and downfall. In Wenzel's wall painting, her installation brings a tank full of water and ceramic sculptures together, as the audience encounters the disturbing and dark beauty of an unnamed disaster, or what is left of it. Gaillard's video in which he juxtaposes the silent frames of a cloud of dust emerging from a demolishing building with the foams of Niagara Falls, revives the aesthetics of the wreckage that was in great demand in the 18th and especially 19th century by nestling it with today's appetite for show business.