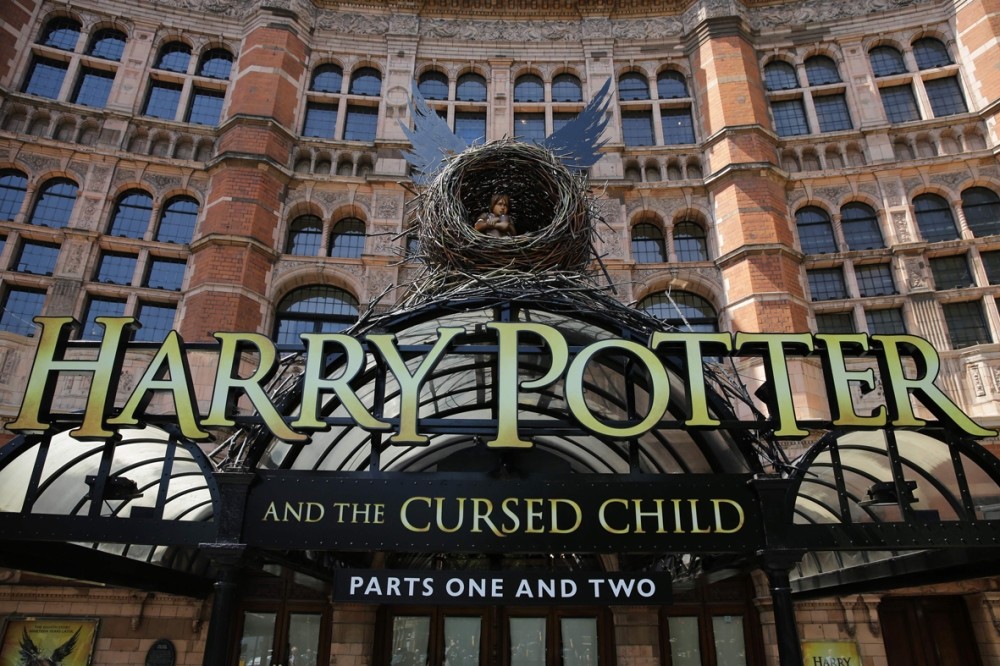 u201cHarry Potter and the Cursed Childu201d is set 19 years after the seventh and final book in the series by J.K. Rowling, which have sold more than 450 million copies since 1997 and been adapted into eight films.
by Jun 07, 2016 12:00 am
Harry Potter makes his stage debut on Tuesday in a new London play that imagines the fictional boy wizard as a father of three, in the latest offshoot of the globally successful franchise.

"Harry Potter and the Cursed Child" is set 19 years after the seventh and final book in the series by J.K. Rowling, which have sold more than 450 million copies since 1997 and been adapted into eight films.

Like many of his fans, Potter has now grown up and has three children with his wife Ginny Weasley, the sister of his friend Ron, and is working at the Ministry of Magic. He still has his trademark round-rimmed glasses and the scar on his head, a permanent reminder of his nemesis Lord Voldemort, but must now help his youngest son Albus confront the family's dark past.

Cut-price previews for the play at the Palace Theatre, in London's West End, begin on Tuesday ahead of the world premiere on July 30.

But the anticipation has been building for months, not least among its stars, including Jamie Parker, the 36-year-old actor who plays Potter.

"These are stories that people have lived with for their whole lives, they've grown up with and now they're adults re-joining the tale, picking it up where they left off -- and I'm one of them," he told the official Pottermore website. The play will likely be a commercial hit. The first 175,000 tickets sold within 24 hours in October, and the script is already a bestseller before being published.

But the decision to split the play into two parts, watched in a day or on consecutive nights, has raised some eyebrows. Tickets for both performances range between £30 and 130 ($44 and $189 or 38 and 166 euros) total.

"The Harry Potter cash cow is clearly far from exhausted," Phil, a theatre blogger on the West End Whinger website who does not use his last name, told AFP. "I do find that splitting the play in two parts is a deeply cynical move. Fans forced to buy tickets twice? Shame on them."

The show is written by English screenwriter and playwright Jack Thorne, based on an original story co-written with Rowling and John Tiffany, who is directing the play.

Given the millions of fans around the world, the decision to move the characters two decades ahead in time is potentially risky. "Some fans do not wish to see their own ideas of what happened be compromised," said Catherine Horvath, senior news editor of the fan website, The Leaky Cauldron.

She told AFP, "There is going to be a ton of expectation and pressure to get the new stories right." Some fans queried the casting of a black actress, Olivier award winner Noma Dumezweni, as Potter's sidekick Hermione Granger, played in the films by Emma Watson. But Rowling backed the Swaziland-born actress, writing on Twitter that Hermione was described as having "brown eyes, frizzy hair and being very clever. White skin was never specified." The play is a tale of adventure, friendship, good and evil, and of course, magic. While Potter is occupied with his job at the Ministry, the government of Britain's magical community in the saga, he cannot escape his past and neither can his children. "As past and present fuse ominously, both father and son learn the uncomfortable truth: sometimes, darkness comes from unexpected places," the play synopsis states.
RELATED TOPICS