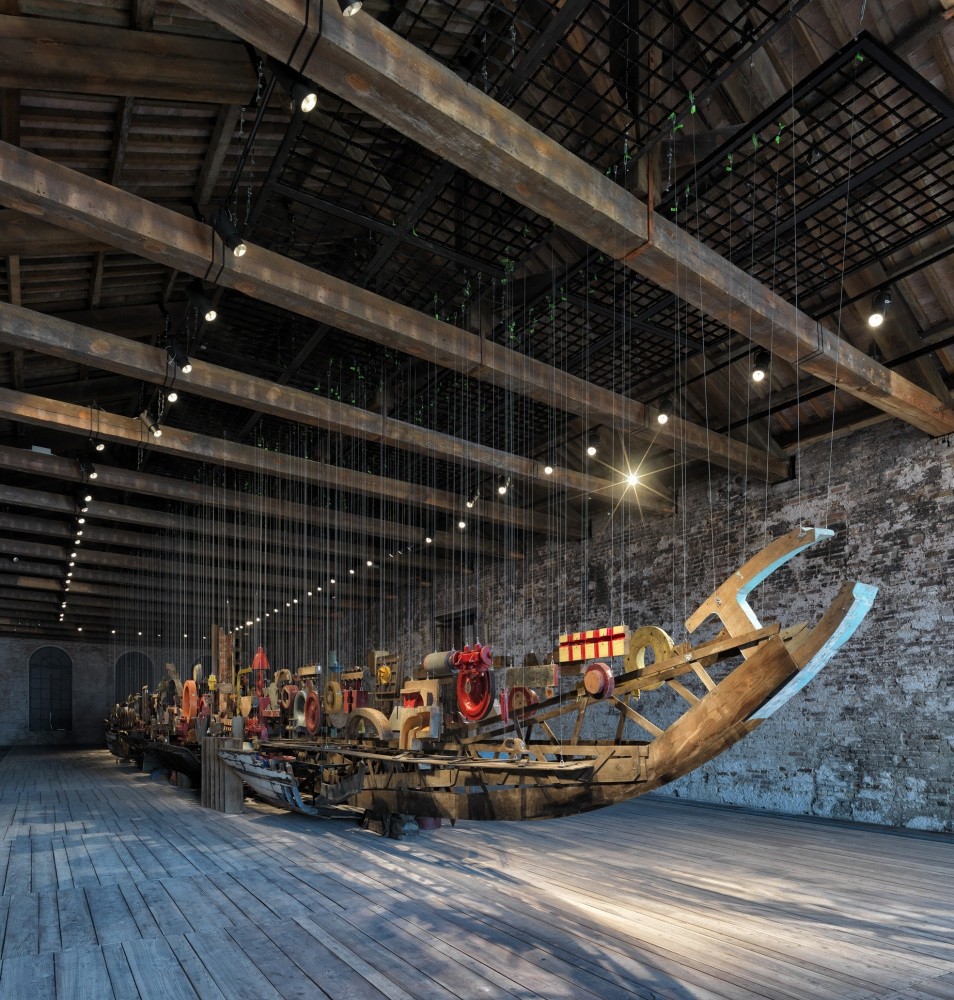 by Daily Sabah Jun 08, 2016 12:00 am
The Venice Biennial of the 15th International Architecture Exhibition, one of the most prominent architecture organizations around the world, opened its doors to visitors on May 28. The biennial will continue until Nov. 27 and features pavilions from 62 countries in the main venues Arsenale and Giardini, which are curated by Pritzker Architecture Prize winner, Chilean architect Alejandro Aravena, under the title, "Reporting from the Front" and other venues spread all over the city.

The Venice Biennial of the 15th International Architecture Exhibition at the Turkish Pavilion in Arsenale displays the project titled, "Darzana." The Turkish Pavilion was also named one of the top 10 pavilions at the biennial by Artsy, a leading American culture and arts platform. In Artsy's article, the editor wrote about the Turkish Pavilion, stating that "The Republic of Venice and the Ottoman Empire were military rivals and commercial trading partners for nearly half a millennium, and the Turkish Pavilion represents their affinities by transporting relics from a deserted Istanbul dockyard to the Biennale's Arsenale. Objects and detritus found informer shipyards have been fashioned into a boat-shaped assemblage and put on display in Venice, dubbed a "bastarda" by curators Feride Çiçekoğlu, Mehmet Kütükcüoğlu and Ertuğ Uçar. The pavilion's sculptural installation looks very impressive amid the morass of posters and display boards at nearby pavilions and reveals a pan-Mediterranean heritage equally at home in Italy and Turkey.

"Darzana" which has attracted great attention from visitors since the day that the biennial opened its doors, has been featured in many international art and culture platforms and magazines so far. "Darzana" which is on display in the Turkish Pavilion at the Venice Biennial International Architecture Exhibition is located in the Sale d'Armi building in Arsenale.

"Darzana" focuses on border violations and hybridity, drawing attention to the common cultural and architectural heritage of Venice and Istanbul, two harbor cities. "Baştarda" is built from salvaged wood and garbage dumped in Istanbul shipyards, carrying with it the stories from Istanbul, to Venice and the Mediterranean.
RELATED TOPICS