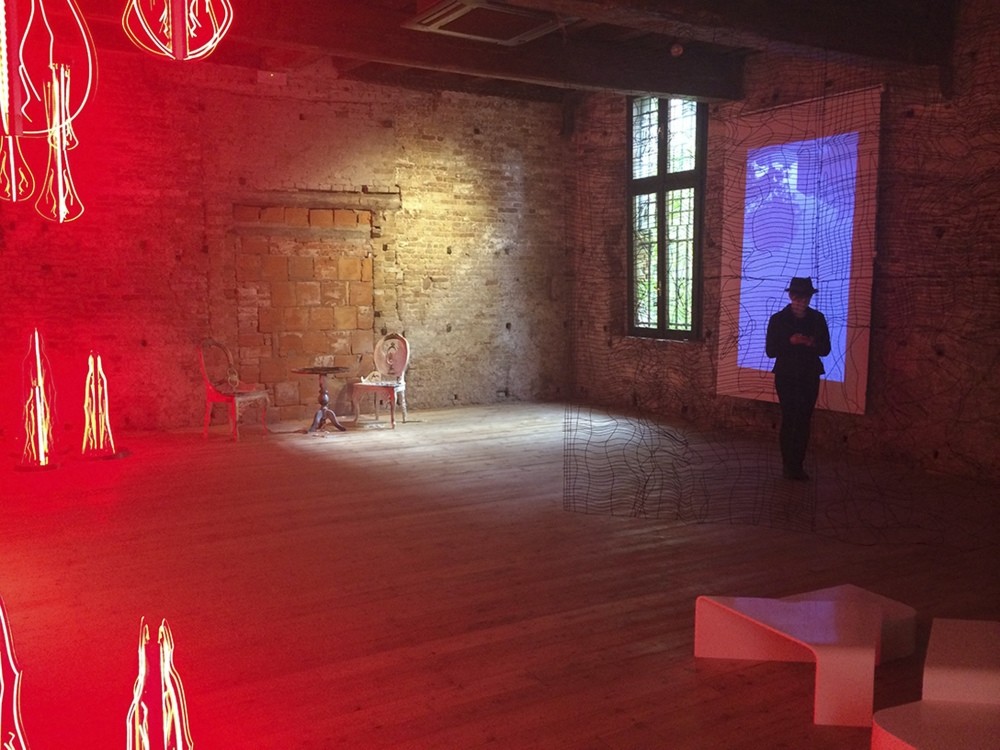 One of the most prestigious international art organizations, the 15th Venice Architecture Biennial, featured Turkish artist Aslı Kutluay's work, 'Melting Point,' which is on display again

Artist Aslı Kutluay's Melting Point project, on display at the Magazzino Gallery and curated by Vittorio Urbani in preview of the 15th Venice Architecture Biennial from April 6 to May 20, has opened once again after the great interest received by the audience.

The second opening of the exhibition, which will be on display until June 22 took place at the gallery, located inside the Palazzo Contarini Polignac near the Grand Canal of Venice. In addition to the "Melting Point Project," the Ankara-based artist's work titled, "Breath of Spring" was also included in the exhibition, a piece inspired by the 9,000-year-old cave murals in Çatalhöyük. 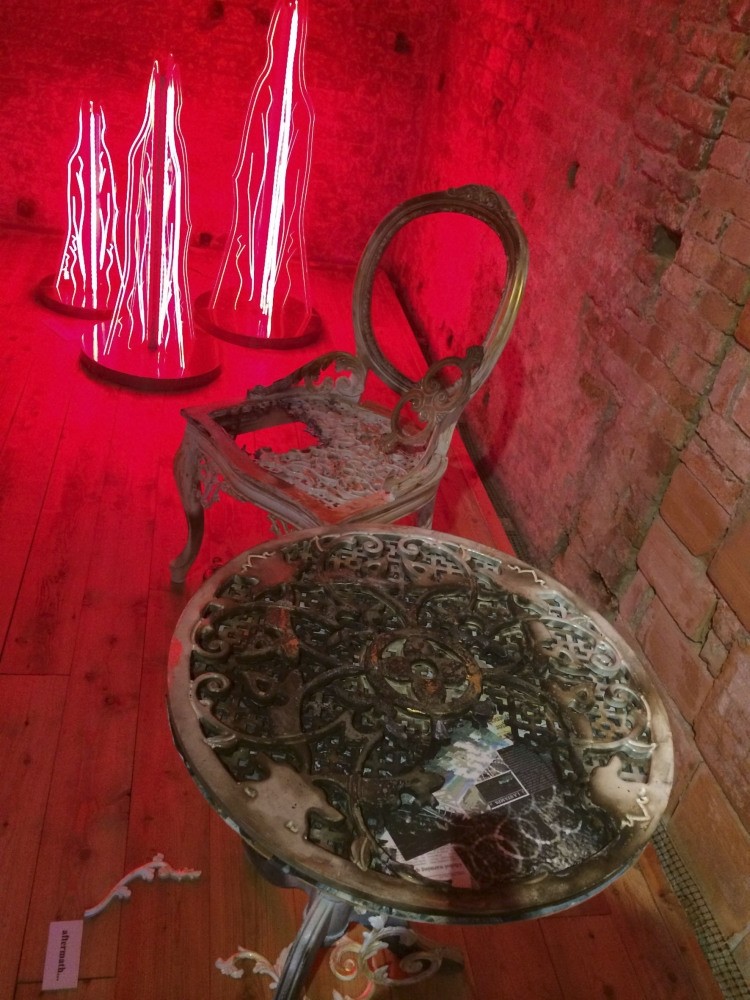 The artist created a new series of work for the exhibition venue decorated with "dysfunctional" furniture to create a bond between art and location. Kutluay created a disturbing scenario in which the audience will have a chance to see the effects of global warming concepts such as "melting" and "fractures" on furniture. Through her artwork and installation, the artist points to human beings as the source of these disturbing outcomes.

Her furniture designs also offer a new perspective to atone for the things we have lost in nature and our consciousness while highlighting the fact that the quality of communication between human beings and communities are lost due to the damaged ecological balance between us and nature.

For instance, the artwork titled, "Wirenets" stands as a symbol of country borders. This artwork compels the audience and asks the question, "Do we really need borders?" and, "When don't we need borders?" Furthermore, Kutluay's artworks underscore that we need to rediscover and redefine the moral values that we lost thousands of years ago through respect, trust and intrinsic satisfaction.

Another work from Kutluay's exhibition titled, "Aftermath," is composed of two Victorian-style chairs and a dilapidated coffee table, damaged by exposure to heat and dirt. The installation criticizes "the power struggle" that causes decay in people and communities.

"Stalactites and Stalagmites" an exhibition wrapped in wires and red lights, symbolizes nature and assumes the role of remembering the influence of "ego" to audience members throughout the exhibition. In the exhibition, the same reference can also be seen in the installation titled, "Crack," which is a table divided into two parts, similar to a Ying Yang. The empty space between the two pieces of the table stands for the space that we need in every relationship while underlying the relationship between heat and the ego and advises the audience to step down from the stairs inside them gradually to have their feet on the ground.

The video installation titled, "Our Blue Planet" was shot by the artist herself in December 2015 in Dubai. The video, set near a poolside surrounded by modern architecture buildings and huge palm trees, aims to tell the audience of mankind's struggle to collect water with man-made tools such as filters and blue mosaics, because water will be one of the most valuable things in the future.

Kutluay's space-oriented, exclusive artworks create a balance between art and design. If "art" were a metaphor hidden inside an object and "design" were the industrial production of functional objects, all the works featured in Kutluay's series would be rethought and redesigned by the artists in aesthetic forms.

Born in 1970 in Ankara, the designer and artist has always emphasized that dreaming is a creative process and a source of happiness for him. Kutluay observes the richness of the geographic area where she was born as well as its negative sides, using her imagination and creativity as a solution for all problems, using her paintings, sculptures, designs and installations as vessels for this. Some of her solo exhibitions were displayed at the CERMODERN, the Armony Platform, the Gallery Artist LAB and Kav in Ankara, Armaggan, Gallery Eksen, Şeli Sanat,Istanbul Design Week in Istanbul, the Artifact Gallery in New York and the Artem Gallery in Bratislava.
RELATED TOPICS