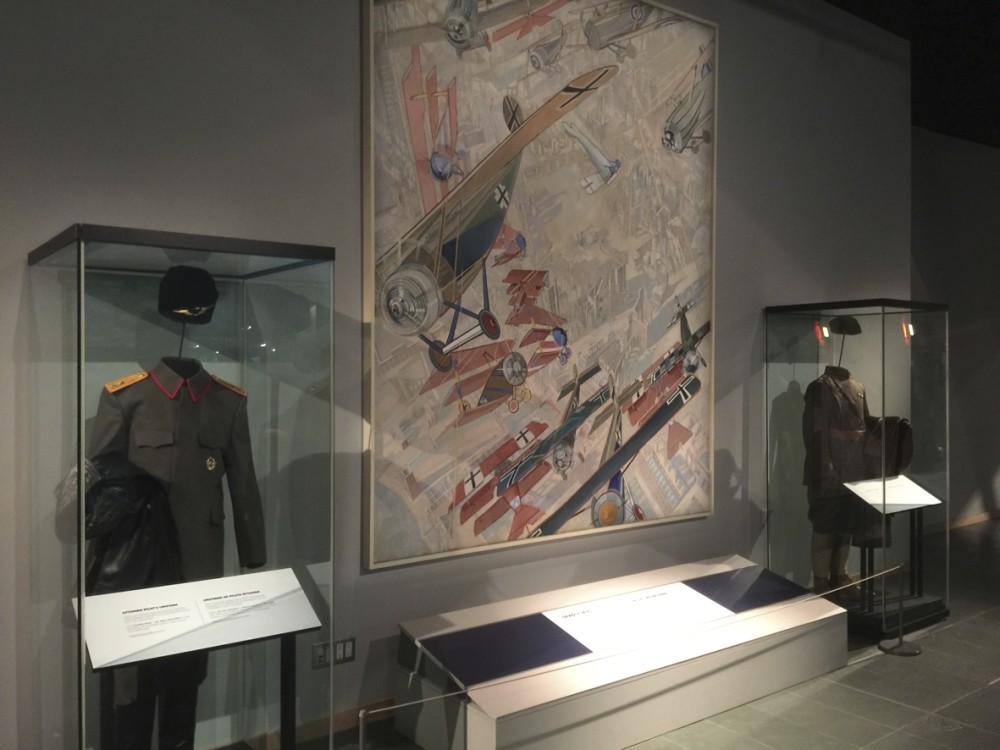 by Anadolu Agency Jun 14, 2016 12:00 am
A new exhibition in Canada, focusing on air battles during the First World War and featuring a section on Ottoman war pilots, has opened its doors to the public on Friday.

Titled "Deadly Skies-Air War, 1914-1918," the exhibition will be held at Canadian War Museum in the country's southeastern capital Ottawa until Jan. 29, 2017. The exhibition displays a uniform of Ottoman air pilot Captain Fazil who was an important airman during the WWI and tells his story.

Stephen Quick, the director general of the Canadian War Museum said in a statement: "Deadly Skies reveals some surprising insights into what was a brand new form of warfare through nine dynamic, fascinating stories. "Go beyond the dogfights and immerse yourself in the lives of nine people, from both sides of the conflict, who experienced the first air war," the museum said on its website. "Their stories - told with more than 80 authentic artifacts woven into an innovative graphic novel presentation - provide insight into the history and consequences of the first air war," the statement added.
RELATED TOPICS