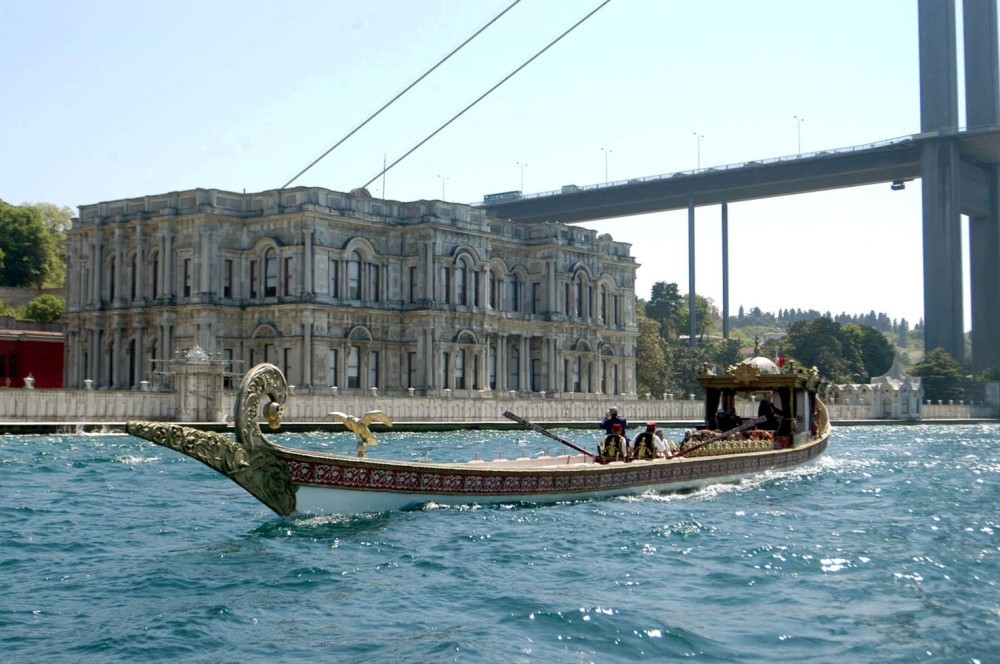 Manufacturer u015eahin preserves the traditional glamour of caiques, while planning to add modern options, such as electric wiring and diesel engines.
by Daily Sabah Jun 14, 2016 12:00 am
Replicas of the Ottoman imperial caiques, the light skiff or long, narrow rowboat which once carried sultans across the Bosporus, are currently manufactured by interior architect Harun Şahin in his workshop in Kocaeli's Başıkiskele district, and have drawn international attention.

Hüseyin Şahin is a graduate from Kocaeli University Faculty of Architecture and Design Department of Interior Architecture, and has received great demand from tourist areas for the boats which over the past two years, he has manufactured in his workshop.

Receiving orders from Dubai as well as Turkey, Şahin manufactures his replica "imperial boats" to preserve their traditional glamour, but adding modern options, such as electric wiring and diesel engines. Harun Şahin said in Venice, he observed how gondolas were used for tourism. Following his visit, he decided to work to revive the tradition of building Ottoman imperial boats, make them economical and viable.

Şahin said he had gained knowledge about the manufacture of Ottoman imperial boats while managing student dorms and hotels, and established a company to realize this vision. Şahin says he has already manufactured about 20 boats in his workshop, with two currently sailing on Bosporus in Istanbul. Pointing out that he received orders from Dubai as well, Şahin continued: "The Ottoman imperial boats will sail to Dubai. A tourism company from Dubai invested in this, and we will sign a contract. We are planning to start manufacturing in Dubai as well. We will try to expand the usage of Ottoman imperial boats first in Turkey and then abroad, as much as our strength and energy allow. I think this is the best way to show our appreciation to our past and ancestors."
RELATED TOPICS