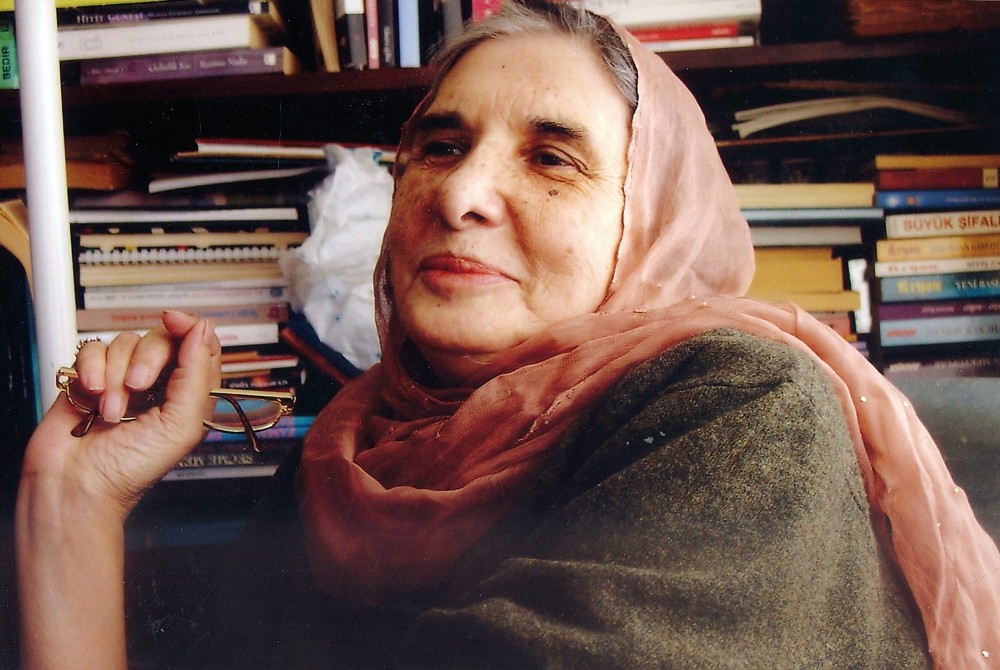 u015easau2019s intellectual thinking changed a great deal during her retreat from her profession, and she assumed a more scholarly and intuitive lifestyle. She conducted detailed studies on Muhyiddin Ibn Arabi and Andrei Tarkovsky.
by Daily Sabah Jun 17, 2016 12:00 am

A leading Turkish intellectual who opened a new horizon into Turkish sinema, Ayşe Şasa, was a prolific scriptwriter as well as a curious thinker who was interested in various ideolojies from Marxism to mysticism throughout her life

Thursday marked the second anniversary of Turkish scriptwriter and novelist Ayşe Şasa's death. The artist passed away on June 16, 2014 at the hospital where she received treatment for an inflammation in her lungs.

Şasa, who described her approach to writing saying, "I write to express my gratitude," was born in Istanbul in 1941. She graduated from Arnavutköy American Girl's College (now called Robert College) in 1960 and the first play she wrote for poet and translator Cevat Çapan's magazine "Pazar Postası" before her graduation was praised by critics. Şasa kicked off her career as a scriptwriter in 1963 and described herself as a Marxist during those years. Her friendship with Kemal Tahir in her early 20s made a great impact on her life and career. Tahir famously said to her, "The audience applauds you as long as you fool around, but whenever you do something serious, nobody looks at your face; choose your way accordingly." Following her first marriage, to Atilla Tokatlı, Şasa married famous director Atıf Yılmaz and worked as an assistant to writer Vedat Türkali, writing scripts for the silver screen. Şasa, who is famous for her saying, "There are three words that I harp on: Inspiration, discovery and conquest," suffered from a serious psychological breakdown in the 1980s. She was diagnosed with schizophrenia and removed herself from the cinema industry. During this difficult time in her life, her third husband, Yeşilçam's famous scriptwriter Bülent Oran, supported her. Şasa's intellectual thinking changed a great deal during her retreat from her profession, and she assumed a more scientific and intuitive lifestyle. Her new lifestyle was reflected in her work and she conducted detailed studies on Muhyiddin İbn Arabî and Andrei Tarkovsky. She spoke of her intellectual change, saying, "This change is so radical that it is like living two lives in one lifetime."

Due to her illness and loneliness, Şasa did not go outside for five years. She kept in touch with her close friends via telephone and noted her telephone conversations in her book "Delilik Ülkesinden Notlar" (Notes from the Country of Madness). "I have a connection with the world via the telephone line," she is said to have claimed. Şasa published her writings in "Kırklar" magazine and "Dergah" magazine before compiling them in a book titled "Yeşilçam Günlükleri" (Yeşilçam Diaries) in 1993. Known for her film scripts "Son Kuşlar" (Last Birds) "Ah Güzel İstanbul" (Oh, Beautiful Istanbul), "Utanç" (Shame) and "Gramofon Avrat" (Gramophone Woman), Şasa was buried in Sahrayıcedid Graveyard in Istanbul.
RELATED TOPICS