Hidden treasure on the walls of Gaza 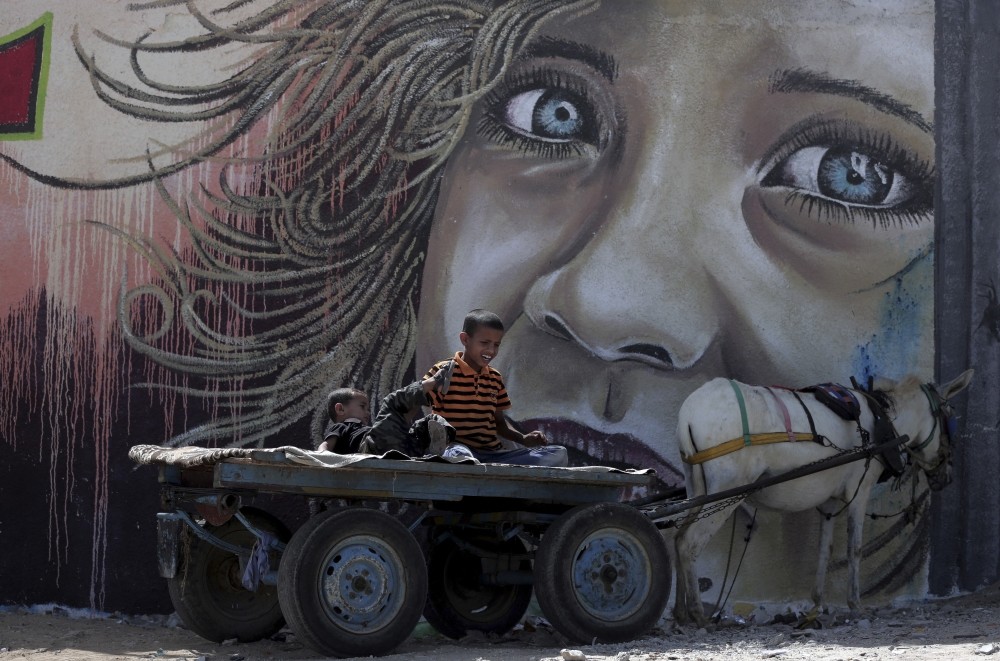 Compressed between separation walls that deprive them of even basic needs, Gazans speak their hearts and minds through graffiti

What is the origin of art? Is it money, love, faith, prosperity, sorrow or pain? Art theorists have given various answers to this question. Some of them attribute ancient Greek art to the welfare of a community, while others also say that Dostoevsky's novel, "Crime and Punishment," was the result of poverty. According to Plato and Aristotle, all artistic creation is a form of imitation of that which really exists in the world of ideas. Also, Hegel chooses the definition of "beauty" to emphasize the basic specialty of art. There is no definitive answer to our first question concerning art, but most theorists agree on the strong relationship between art and life, with life being the central concept in both beauty and mimesis. 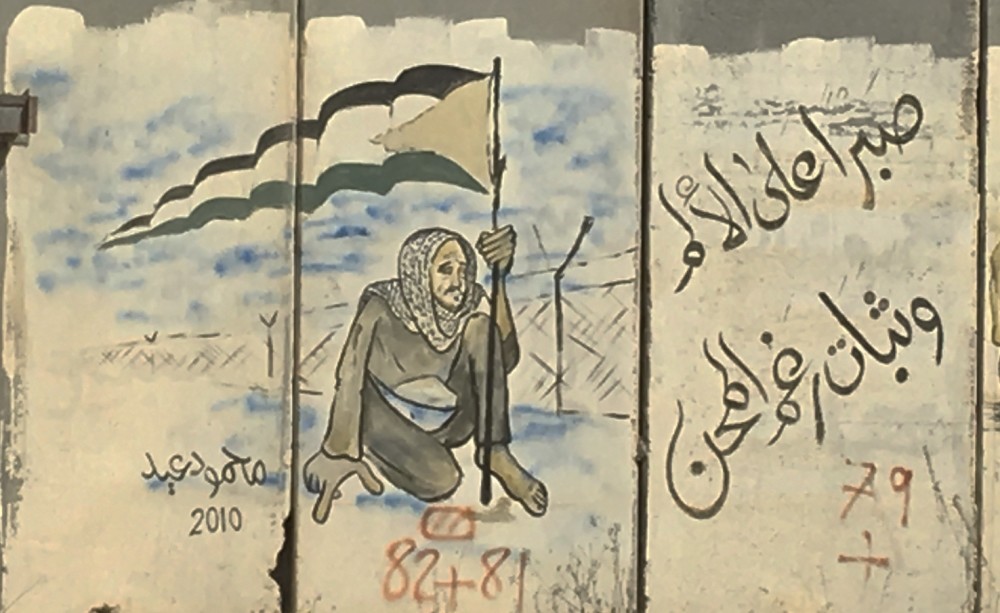 The people of Gaza are building a new world in their compressed prison, and their imaginations expand each day. Thousands of people injured in war now engage in the arts to plant seeds of hope in their lives. These seeds are becoming seedlings on Gaza's walls.

The walls of Gaza say much about the political, religious and historical values of Palestinians. In these walls you can see the tears of a child who has lost his family, the cries of a woman who has been separated from her husband. The people of Gaza call out to the rest of the world through these walls. In fact, they need to hate these walls because they are a barrier between them and their loved ones, but they prefer instead to search for new light on the walls through colorful paintings.

There are many tragedies in Gaza recorded upon these walls, and these works will guide historians for thousands of years to come. The artistic and political developments of our century will be understood through these walls, and these artistic works will illuminate the official history of Gaza. There is a hidden treasure on these walls, a heritage that will be handed down to future generations. The people of Gaza communicate with their descendants through these walls. The communication of Gaza's people with the rest of the world is possible through three border crossings. Two of them - Kerem Shalom and Erez - are controlled by Israel and the third by Egypt. These border crossings are always closed, and Israel and Egypt do not allow food, construction materials or medical supplies to pass through. In front of these border crossings two interesting works of graffiti depict the life philosophy of the people of Gaza, using the aesthetic relationship between art and life more accurately than other modern artists.

"To be patient against the sorrow ... And to persevere against the pains ..." An old man, who probably survived all the difficulties of life, kneels under the Palestinian flag. Nevertheless, he does not give up, showing the people of the modern world how to stand upright in this cruel political life. For the majority of us, who show weakness in the face of the slightest pain, it is difficult to understand this old man's philosophy.

Israeli boss: "Do you want to work with us?

Gazan youth: "I will not betray my country."

This dialogue is engraved on the wall of the Erez border crossing, which opens to Israel -- though it never actually opens. This is not just a work of art, but also a real summery of the daily life of Gaza's youth. Despite all the things they have lived through, Gaza's people still have a love for their country. No monetary value can be put on this love, and it cannot be explained with capitalist theories. The logical modern and capitalist choice is crossing the border in return for a job, and those on the outside cannot understand why people fight back. The answer is easy: they love their country.

There is a hidden treasure on these walls. The art upon these walls tells the rest of the world of all the pain and tragedy experienced in Gaza, and the only thing expected of the world is to give an ear to this ongoing tragedy.
RELATED TOPICS