In SALT Galata, a look at 'migrating spaces' from Germany to Turkey 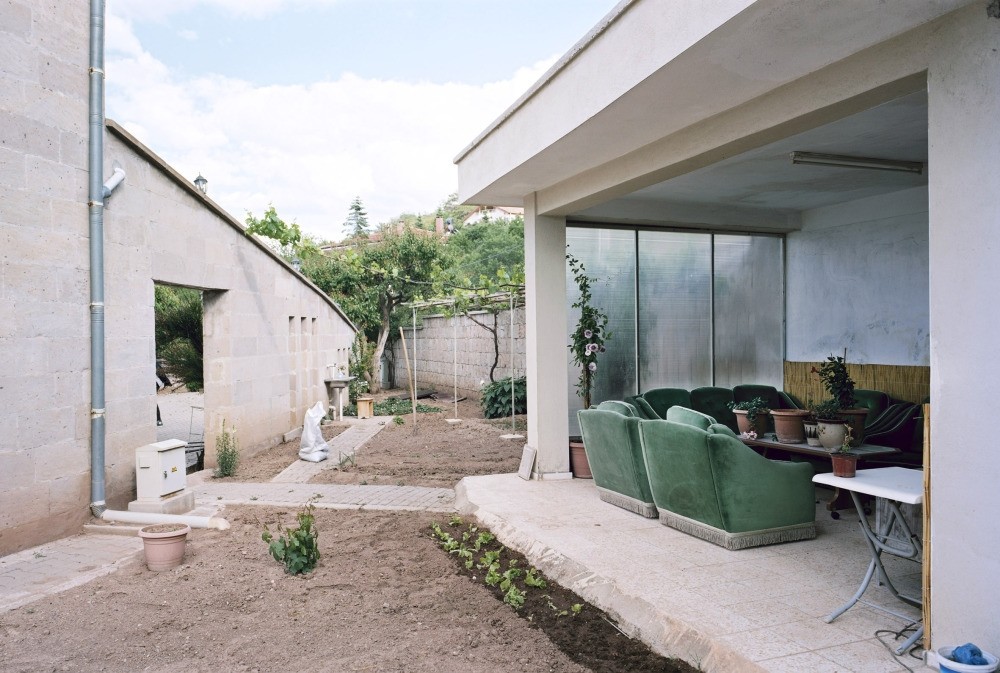 Not long ago I visited Berlin where I came across numerous German Turks in cafes, cabs and art venues. Most looked at me with a sense of warmth and familiarity, as if we had spent our lives together. Some were born in Turkey's Black Sea region, others were second generation, born in Berlin and regular visitors to Turkey. They complained about discrimination in Germany and voiced their desire to go back. But when I asked them what was stopping them from settling in Turkey, they talked about how they got used to living in Germany.

"Migrating Spaces," a new show at Istanbul's SALT Galata museum, focuses on such dilemmas: the desire to be Turkish and German at the same time, come back to Turkey to lead a life dominated by German objects. Curated by German artist Stefanie Bürkle and her students from Technical University of Berlin's Institute for Architecture, this fascinating exhibition brings together stories of 132 different cases where Turkish German migrants returning to Turkey build or renovate houses and apartments in their native country. They fill those houses with German-made kitchen equipment and decorate them "according to the German way." Even the gardens need to look German, so as to remind them of their connection to the country where they once lived. 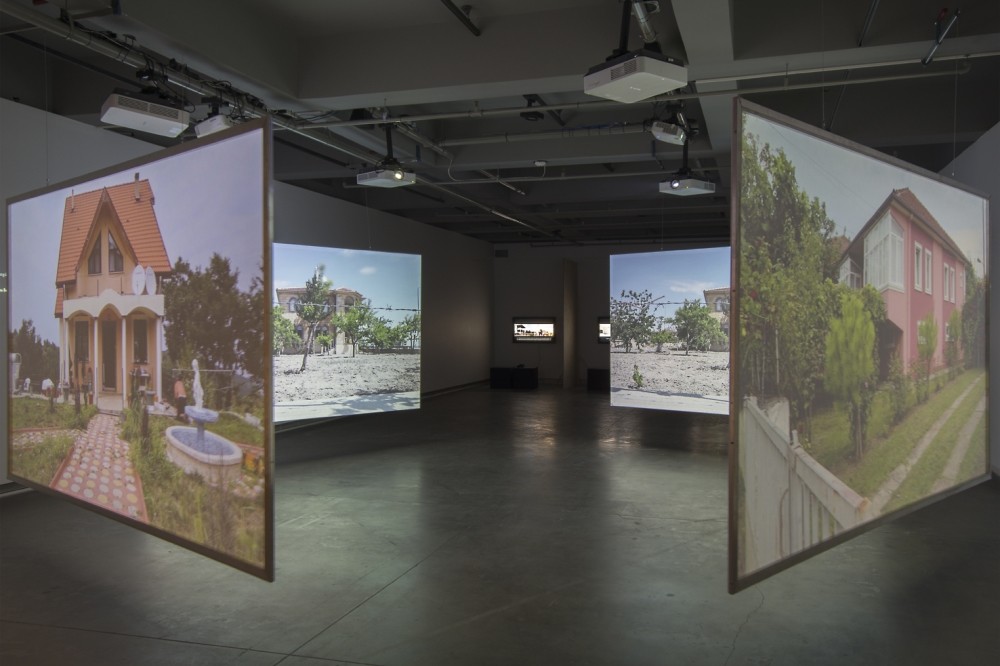 "The study questions how cultural experiences and memories define complex identities within the built environment. Examining closely homes that were designed and often built by the owners themselves, the exhibition aims to establish a typology of architecture of these various socio-spatial implementations. Details in the build of these homes often express expectations about future life in Turkey, impressions from a past spent in Germany, and also translate personal memories from childhood years," Bürkle said.

"The study led to the identification of three main types of residence: 'model house,' 'two-faced house' and 'multi-layer house,'" the exhibition text informs us. "The study suggests that a 'model house' stems from a fixed and complete image of an ideal Northern European house, a 'two-faced house' combines two equal sections of domestic architecture from Germany and local architecture from Turkey, while a 'multi-layer house' is a work in progress, whereby a long-term construction sees the owner slowly adding on to the core units in a variety of styles and materials."

Born in 1966 in Heilbronn, Bürkle has studied scenography in Paris and worked as a stage designer in Paris. A professor of fine arts at the Technical University of Berlin, she has lately focused on "typologies" produced in the process of migrant families' return to Turkey in their role as "Deutschlander"s. Her team's three year-long research project resulted in an informative and inspiring exhibition featuring numerous videos and mappings that bring the visitors right inside the houses of Turkish migrants. 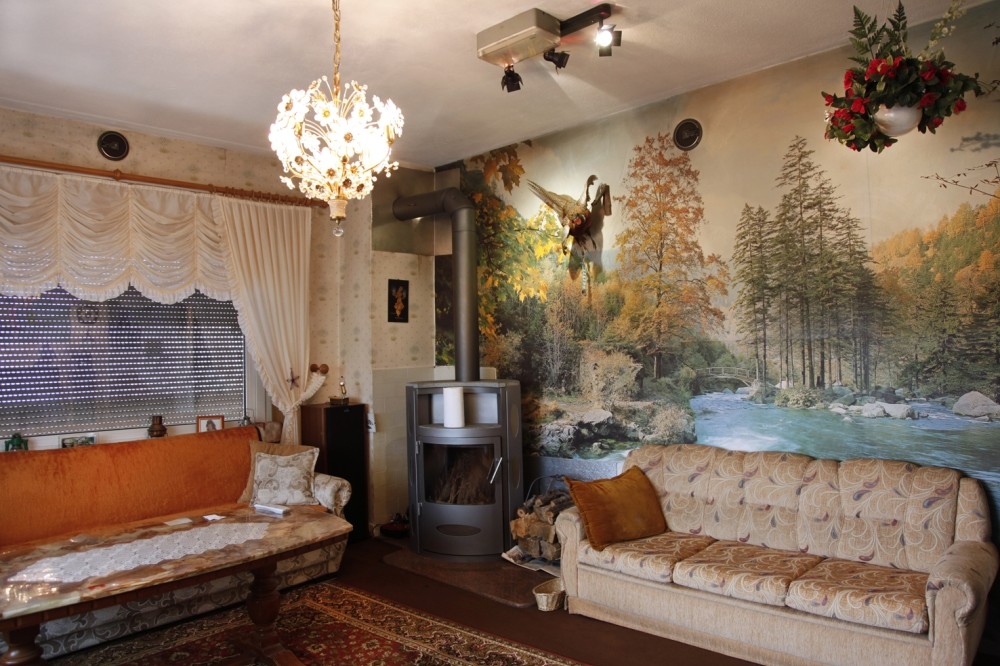 In an interview with Daily Sabah last week, Bürkle recalled how she came up with the idea for the exhibition. "Migration and space are among the main issues in my interdisciplinary artistic projects," she said. "I worked along a lot of phenomena, stating the fact that migration is always linked to cultural and physical urban space. Migration is not only the movement of people, it is also the movement of spaces. The rural and urban spaces migrants bring with them form the basis of new spaces and places, which in turn are shaped as residents of one space seek to differentiate themselves from those of another. Our cities not only contain many such 'migrated' spaces; the city itself is dynamic, filled with a variety of changing environments. The speed of these movements and transformations has increased during the last twenty five years."

Bürkle quotes Homi Bhabha, a leading scholar in the field of post-colonial studies, in her exhibition text: "For me the importance of hybridity is not to be able to trace two original moments from which the third emerges, rather hybridity to me is the 'third space' which enables other positions to emerge."

"Turkey's biggest diaspora is living and working in Germany," Bürkle told me. "That this diaspora is living and working in Berlin means that we are in constant contact with them in our everyday lives, and there is a big part of Berlin that experiences Turkish culture and lifestyle, and not only in Kreuzberg! Our interviews all took place in Turkey and on location, since the field research focused on the houses in Turkey."

Finding families for the project, documenting and reconstructing their experiences was a lengthy albeit fruitful process. "We found almost all our interviewees on location in Turkey via Visual research," Bürkle said. We talked to the neighbors or the owners directly, got invited to other people they knew, who had living and working experience in German." She added: "I think it was a great experience for them, to tell their stories, how they conceived and built their dream houses. For us it was an experience to hear their stories of which we very often don´t know much and also to have a vision up onto our own German culture seen through a migrants biographies."

"When people move, so do spaces, along with images, cultural practices and lifestyles," the exhibition catalogue informs us. "The study questions how cultural experiences and memories define complex identities within the built environment. Examining closely homes that were designed and often built by the owners themselves, the exhibition aims to establish a typology of architecture of these various socio-spatial implementations. Details in the build of these homes often express expectations about future life in Turkey, impressions from a past spent in Germany, and also translate personal memories from childhood years."

For Bürkle working with the SALT team was a joyful experience. "I should say that the version in SALT pleases me very much," she said, "because it is very clear and well situated and the images float free. Indeed, with our four channel video we wanted the visitors to move in the space and feel obliged to create their spaces instead of behaving like mere spectators. Actually, while seated you get in close touch with the interviewees, almost as you would sit with them in their living rooms."
RELATED TOPICS