Chosen as the 2016 Islamic Capital of Tourism, the central Anatolian city of Konya has initiated an international competition of Islamic arts in the genres of calligraphy, illumination and miniature arts. Applications will be accepted through Sep. 30

The International Islamic Arts Competition, initiated by Konya Metropolitan Municipality as a part of events celebrating Konya's status as the 2016 Islamic Capital of Tourism, continues to receive applications from enthusiastic artists. Konya Metropolitan Municipality Mayor Tahir Akyürek told Anadolu Agency (AA) that Konya aims to become a hub for the calligraphic, illumination and miniature arts, and the city is ready to assume the role of introducing these arts to the world. He underlined the importance of the competition since Konya was chosen by the Organization of the Islamic Conference (OIC) as the Islamic Tourism Capital for 2016, and promised that the municipality and other city officials are working hard to promote and popularize these arts. Stating that the competition will attract people's interest in the traditional arts, Mayor Akyürek said, "The competition will contribute to calligraphy, illumination, and miniature arts. Konya is keeping traditional arts alive in Turkey, and the hard work by the municipality will increase in the future as part of Islamic Tourism Capital events. 'The International Islamic Arts Competition' is not merely a competition, but an important artistic event. From now on, we hope to continue to organize these kind of artistic events in the future. The artworks that compete in the competition will be displayed at various cultural and arts venues in Konya, and our city will have new art." 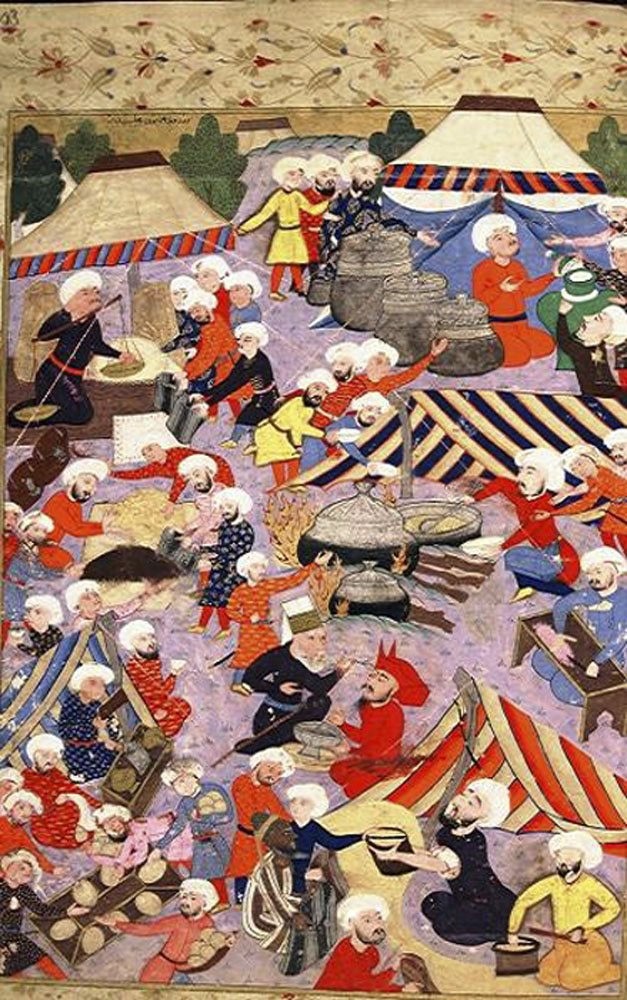 "The competition will contribute to calligraphy, illumination, and miniature arts. Konya is keeping traditional arts alive in Turkey, and the hard work by the municipality will increase in the future as part of Islamic Tourism Capital events," Mayor Akyürek said.

Calligrapher Hüseyin Öksüz, a member of the jury, told AA that interest in traditional arts has increased considerably in recent years. Öksüz stressed Konya's leading position regarding calligraphy in Turkey and continued, "The Quran was revealed in Mecca, recited in Egypt, and written in Istanbul. All calligraphers accept this statement; however the Quran is now written in Konya. The city hosts international competitions for calligraphic art. Artists in Konya display their abilities at competitions held in Turkey and all over the world, and I hope that they will continue to stand out among other contestants. As long as these kinds of competitions are held and the rivalry continues, traditional arts will thrive."

Assistant Professor Fatih Özkafa, another jury member, offered insights regarding the exhibition's technical details, and stated that the competition in Konya is far more popular than international competitions held in different countries. He said that the jury will evaluate the artwork as a whole, and said that contestants can write the first five verses of the Quranic chapter Surah Al-Jumu'ah in either the Thuluth or Naskh Arabic calligraphic styles, but the rest of the text can only be written in Thuluth. The contestants are expected to fill out competition forms and send their artworks to Konya Metropolitan Municipality by Sept. 30. The winner in the calligraphy category will be awarded TL 15,000, the second prize winner will receive TL 12,000 and third place will win TL 9,000. The winner in the illumination category will be presented with TL 13,000, while the second and third prize winners will respectively receive TL 10,000 and TL 7,000. The winner in the miniature category will receive TL 10,000, the second prize winner will receive TL 7,000 and the third place winner will receive TL 5,000. The artworks chosen by the jury will be permanently exhibited at the museum of the Islamic Cultural Center.
RELATED TOPICS