Hope as an artistic instrument to save us all 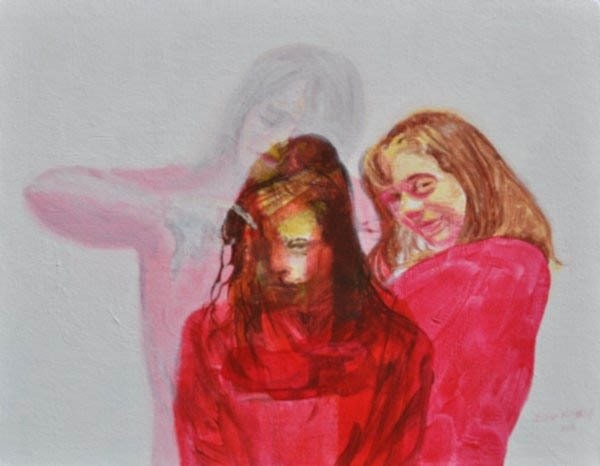 Malkou00e7 works with acrylic paint on canvas regarding the context and form, mostly paints human and animal figures, and utters todayu2019s main visible but unsaid problems by using these side-by-side figures, taking depth of field into consideration.
by Daily Sabah Jul 01, 2016 12:00 am

Artist Zafer Malkoç has opened an exhibition at the Gallery Eksen, inspired by the concept that the world and the individual can be saved from the abstract boundaries brought on by modern day imperialism through one thing: hope

Istanbul's Gallery Eksen opened an exhibition of artist Zafer Malkoç consisting of gathered paintings titled the "Red Imperialist Series" last week. Set to run until July 6, the exhibition can be defined as the exposed fight of a person who believes in a world that can be saved with honesty and unwavering hope. This fight maybe with himself, and maybe with imperialism, the system that he tried to beat and compulsorily accepted, which he wanted to conquer from within.

A continuation of Zafer Malkoç's "Red Imperialist Series," this exhibition is a brand new approach to reality that creates harsh discourses and raises serious questions for the audience. Realist pictures, which raise awareness in the observer while compelling them to question who they are and why they exist, also open a new window to today's world. 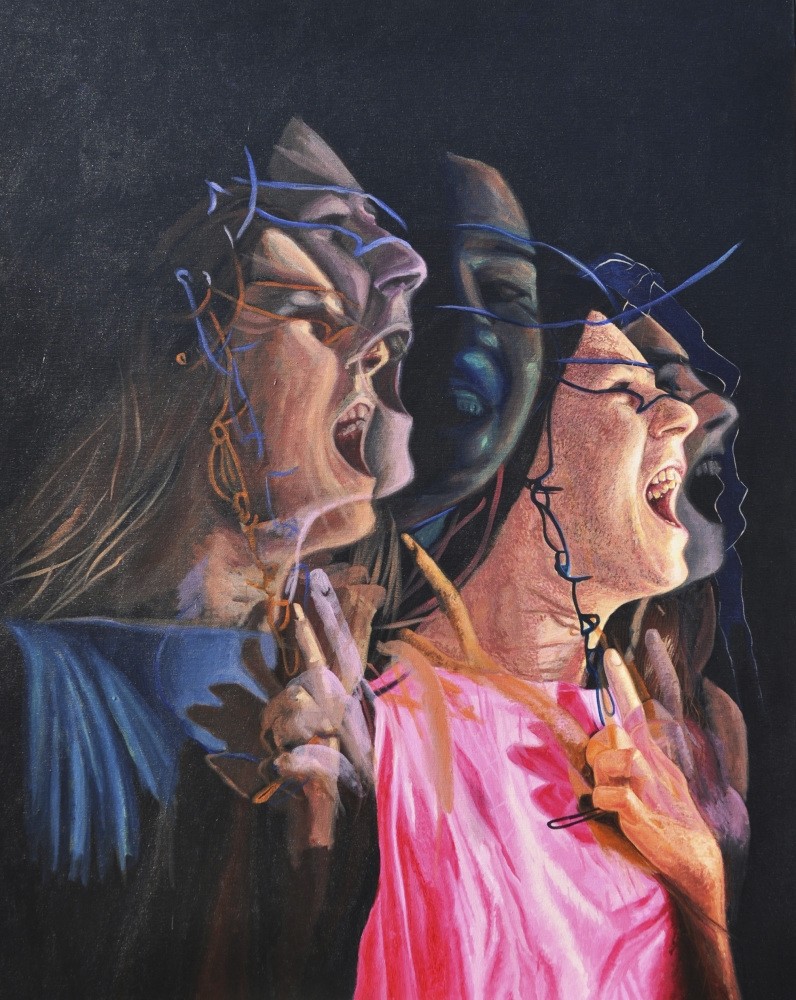 The Red Imperialist Series was inspired in 2013 when Malkoç fell into some disagreements, and later he started to create this series. You may see the realist approach, different identities and various images in Malkoç's works, and you may try to create your own interpretation of the works. A white wall and different shades of red are visible. There are naked bodies and seductive shouts of laughter, and some are dull stares wrapped in a deep melancholy and silence.

As Malkoç stated, the word "imperialism" refers to the expansionist policies of a country that are based on the ideological goal of economic and political dominion over other countries. The current kind is "economic imperialism," resulting from the industrial revolution. It aims to capture the raw material resources in foreign countries as well as foreign markets. After learning this, modern imperialism starts changing colors just like a chameleon for him. Malkoç has defined the phonetics and grammar of imperialism for himself, and transferred this definition to his canvas.

When we look at Malkoç's recent works, he works with acrylic paint on canvas regarding the context and form, mostly paints human and animal figures, and utters today's main visible but unsaid problems by using these side-by-side figures, taking depth of field into consideration. The artist, whose works reflect the darkest state of realism, actually presents frames from today's world through his own perspective. You cannot see a direct dictatorship when you look at it within the context, but it implies it indirectly. Seen as one of the survival ways of today's chaotic and eclectic world, capitalism is seen in different images such as the density of the color red, female figures, wires and fish and they exist in a realist way.

Red is so dense that it looks like blood. The canvases on which we can see the irritation and attraction of red are thought as collusion together. The red is as hot as it can get, and is the color of fire, representing the color of heat. We can find the same fire in imperialism as well. The aesthetic red alongside charm indirectly speaks of a time where there was no sexuality, freedom, pressure, chaos, blood, global imperialism and reconciliation. When you look at the picture aesthetically, it draws your attention through models, colors and composition, but what it sends to your subconscious is the inconvenience, which is the reality you do not want to see. The fact that reality is so charming bewitches you on one hand, and the artist wants to startle you with a nervous feeling on the other. The artist may succeed in unseating the keen audience only with the state of red on the canvas.

Considering the models Malkoç used in his paintings, he rarely used male models and mostly preferred females. So why the female models? The women we see in the artist's paintings are the bottom pieces of the world of capitalism and imperialism, like so-called power indicators. The woman existing in the said world is only an object for those filled up with ambition in order to reach "the one." Say a very simple world order. Say all the most beautiful cars are yours if you have money, you live in the most beautiful neighborhoods, you are surrounded by a fake circle of rich friends.This is the most powerful and heaviest part of the system and capital, so the standardized "most beautiful women" in the society are with you. That's how the wheels of capitalism and imperialism spin slowly and without any notice. That's why, Malkoç went deep while handling the issue he criticized, and used female models. It does not matter if the models are nude or with clothes, because they are only objects who are about to be destroyed within the system. The wires harping on the same string surround each corner. Another image we see in the artist's paintings is the wires. The image that pops into your head when you hear the word wire is maybe a barrier or a wall, or maybe a border. In a colorful and metamorphic way, the artist tells us about an obstacle where we are left limited and derived of expressing our thoughts freely. Every time the wheel spins, tight and limited molds push you and they do not let you make a sound or your breath be heard. The only thing that is heard is the tick-tock sound of the spinning wheel.
RELATED TOPICS