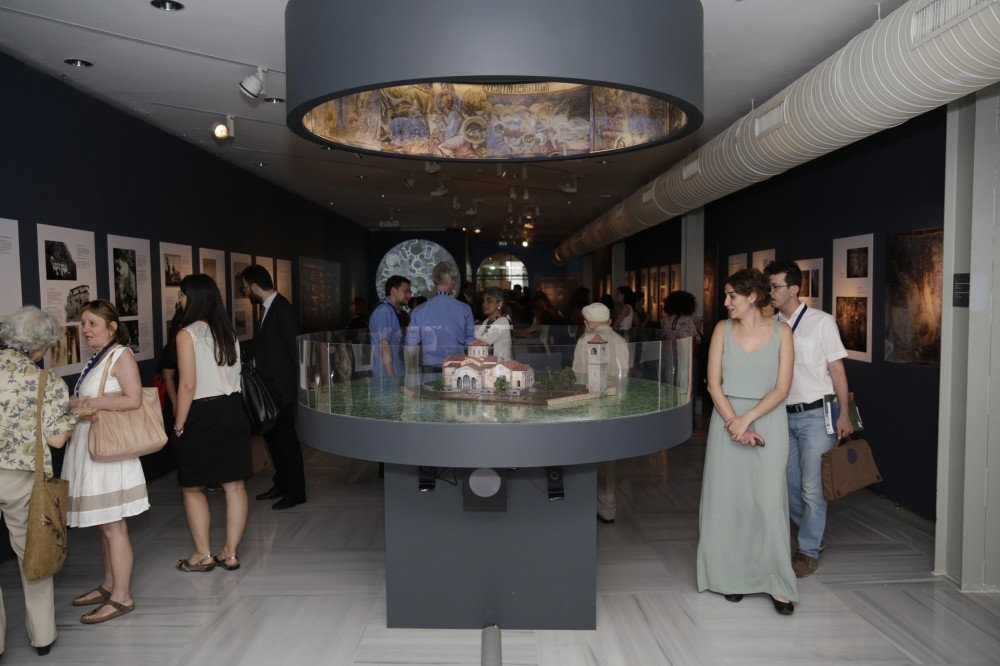 Curated by Professor Antony Eastmond, ANAMED's 'Byzantium's Other Empire: Trebizond' exhibition explores the empire of Trebizond, whose capital was in the city of Trabzon on the Black Sea coast

In 1936, University of London's Courtauld Institute of Art published a book titled "Byzantine Painting at Trebizond." Written by French art historian Gabriel Millet and David Talbot Rice, a lecturer in medieval art, the book was the first product of the institute's association with Trebizond, the largely forgotten empire whose capital was in the city of Trabzon. Eighty years later, the dean of the same institute, Professor Antony Eastmond curated an exhibition on Trebizond, which is on display at Istanbul's ANAMED (Research Center for Anatolian Civilizations) until Sept. 18.

"The exhibition draws extensively on the photography and drawing archives of David and June Winfield," the exhibition catalogue informs us. "The Winfields restored the church from 1959-63 in a project masterminded by David Talbot Rice, and the exhibition also includes Talbot Rice's photographs from 1929, as well as those of other early scholars who visited Trabzon, notably the French scholar Gabriel Millet in 1893 and the Russian Fyodor Uspenskii in 1917. Between them, these scholars recorded the city, its palaces, churches and monasteries. Their archives provide glimpses of a lost empire and of the city of Trabzon which has been transformed in the decades since their visits." 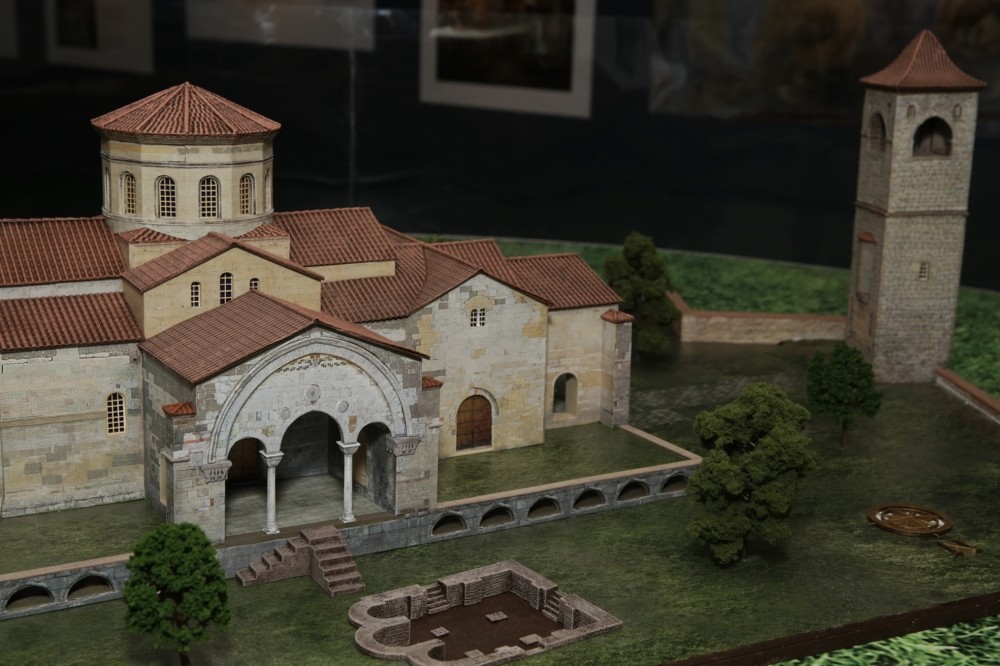 The exhibition curator Antony Eastmond first started working on the empire of Trebizond when he was studying for his PhD on art in medieval Georgia as the empire was Georgia's neighbor and there were strong links between the two states, especially in the early years of the empire's formation. "I wanted to pursue these studies further and so came back to the empire after I completed my PhD," he told Daily Sabah last week.

"Although the church of Hagia Sophia had been published after it was restored in the 1960s, it had not been worked on since, and I thought there was still much to say. My work was really interested in how to use the church, its sculptures and paintings to explore what we could understand about the empire of Trebizond and the aims and ideologies of its rulers, who had built the church. There are very few written sources about the empire in this period - I wanted to use the art to write the history."

The decision to put on the exhibition came after Eastmond came across David and June Winfield's archive. "This was much richer than the materials published in the book edited by David Talbot Rice in 1968," he said. "The quality of the images was much higher and revealed quite how wonderful the paintings were. Now that the monument has been reopened as a mosque, it seemed a good moment to remind everyone of the work the Winfields carried out, which really saved the church in the 1960s, and the quality of the medieval workmanship there."

Eastmond was pleasantly surprised to see his colleagues' interest in the project. "Once we started on the exhibition it was a delight to discover all my fellow academics in Turkey, Europe and the USA who were also interested in the city of Trabzon and its history, and who found additional materials in the archives in Paris and St Petersburg," he recalled. "The archive photographs are wonderfully atmospheric and powerful evocations of the city, its monuments and what has been lost and found over the last century. It has been fascinating to explore both the medieval history of Trabzon, but also the more recent history of who has studied there, and why."

A large part of "Byzantium's Other Empire: Trebizond" focuses on Hagia Sophia in Trabzon, the 13th century church whose sculptural decoration and Byzantine wall paintings are considered unique. The exhibition features a 3D model of this best preserved monument of Trabzon that "offers a glimpse into both the later stages of the Empire and a unique artistic style which combined elements from Byzantium with the Turkish and Caucasian societies present elsewhere in Anatolia at the time."

"The empire of Trebizond has always been overshadowed by other Byzantine states, whether in Constantinople/Istanbul or Nicaea/İznik where emperors resided in the 13th century whilst the great city was under Latin control," Eastmond said. "Trebizond's fascination lies in the fact that it allows us to see a different way in which the Byzantine state was imagined. The Hagia Sophia in Trabzon was named after its larger version in Istanbul, but is clearly very different in design and decoration, as the wonderful 3D model shows. So we can see how Byzantium was reinvented on the Black Sea."

Eastmond titled the show "Byzantium's Other Empire" because of Trabizond's role as rival to other empires surrounding it. "There is lots to greet Turkish visitors," he said: "as well as Hagia Sophia (less to see there now that it is a mosque again), there are a number of monuments from the period of the empire in the city (including the dramatic city walls over the two ravines and a number of churches, now either mosques or ruins), and also in the mountains to the south - particularly the monastery of Soumela."

Nowadays Trebizond is largely and sadly forgotten. "In the west Trebizond has a very romantic image, but is almost unknown," Eastmond said. "It is seen as remote and exotic. I think the city has a different reputation within Turkey. I hope the exhibition challenges all views of the city: the images show what a rich culture it had in the middle ages, and how much can still be traced on the ground today. The archive photos also allow people to see how the city has developed and changed over the last century."
Last Update: Jul 02, 2016 11:52 am
RELATED TOPICS