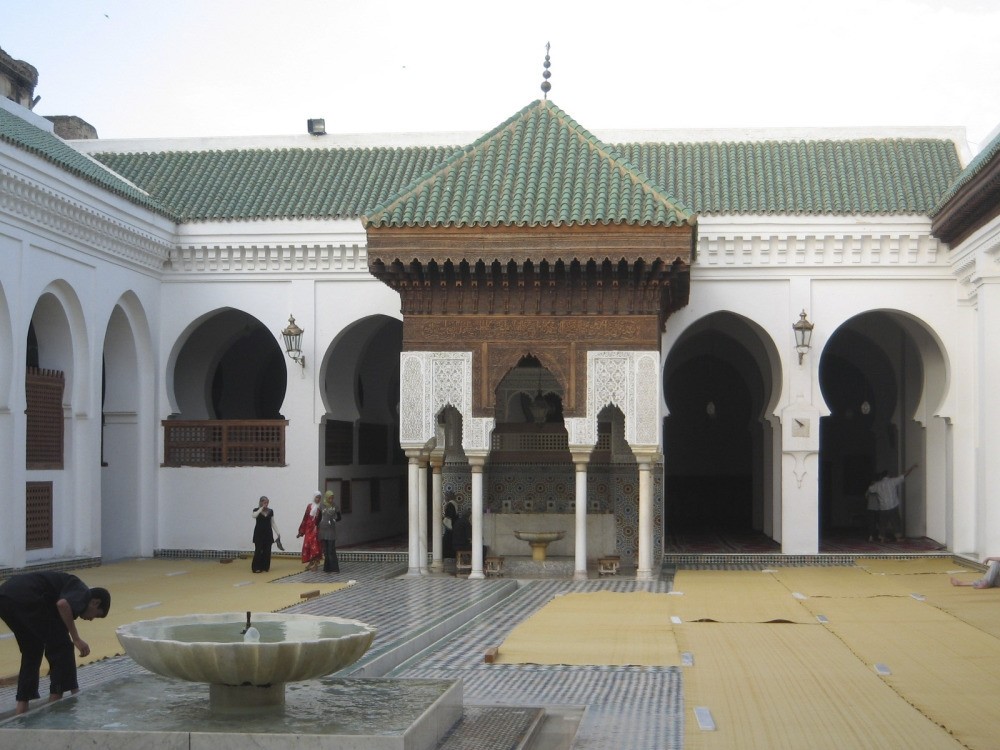 '1001 Inventions' is an exhibition that showcases the Muslim world's contribution to modern day medicine, math, physics, geography and technology. Although the medieval age is often referred to as the 'dark ages,' it was actually a 'golden age' for the Muslim world, an era where advancement in learning became the foundation of modern-day success

Istanbul Biruni University is currently hosting a comprehensive exhibit about the great inventions made by Muslims in history under the title of "1001 Inventions," sponsored by a UK-based non-profit organization that aims to shed light on what is referred to as "the dark ages" in history. Salim al-Hassani, a Professor of Mechanical Engineering and the author of "1001 Inventions," tries to fill in the history of "1000 years of amnesia," showing how this period was actually a "golden age" for the Islamic world. The exhibition has been successfully exhibited in several cities including London, New York, Paris, Beijing, Kuala Lumpur, to name just a few, and is currently at Istanbul's Biruni University until August 15, free of charge. Having attracted over 8 million people thus far, it aims to raise awareness of the golden age of Muslim civilization, exhibiting 1,000 years of contributions made in the fields of math, physics, education, health, science and culture, through live shows, exhibitions, short films and interactive multimedia. Hassani states that the exhibition intends to "re-perceive cultural roots on inventions, adjust our attitudes and enhance social cohesion and inter-cultural appreciation."

The exhibition has information about the following subjects:

The first university in the world, al-Qarawiyyin, was established in 859 by a Muslim woman named Fatima al-Fihiri in Fes, Morocco. She was the daughter of a wealthy king, and with the passing of her husband and brothers, she and her sister Mariam came to inherit a substantial amount of money. While Fatima built al-Qarawiyyin University, Mariam built the Al-Andalusia mosque, both women dedicating their lives and fortune to the service of the people. Al-Qarawiyyin University became an important center for education and one of the first Islamic and most prestigious universities in the world. The university initially offered subjects such as grammar, medicine, mathematics, astronomy, chemistry, history, geography and music, producing some of the greatest thinkers in the world such as Abu-Abbas al-Zawawi, Abu Madhab Al-Fasi (a leading theorist in Islamic jurisprudence) and Leo Africanus (a renowned traveler and writer). Although it was first opened 1,157 years ago, the university has been reopened and continues to function today. In 2012, the university's library was renovated and is once again open to the public. The original certificate for library is on display on a wooden board along with an original 9th-century Quran, still in its original binding. 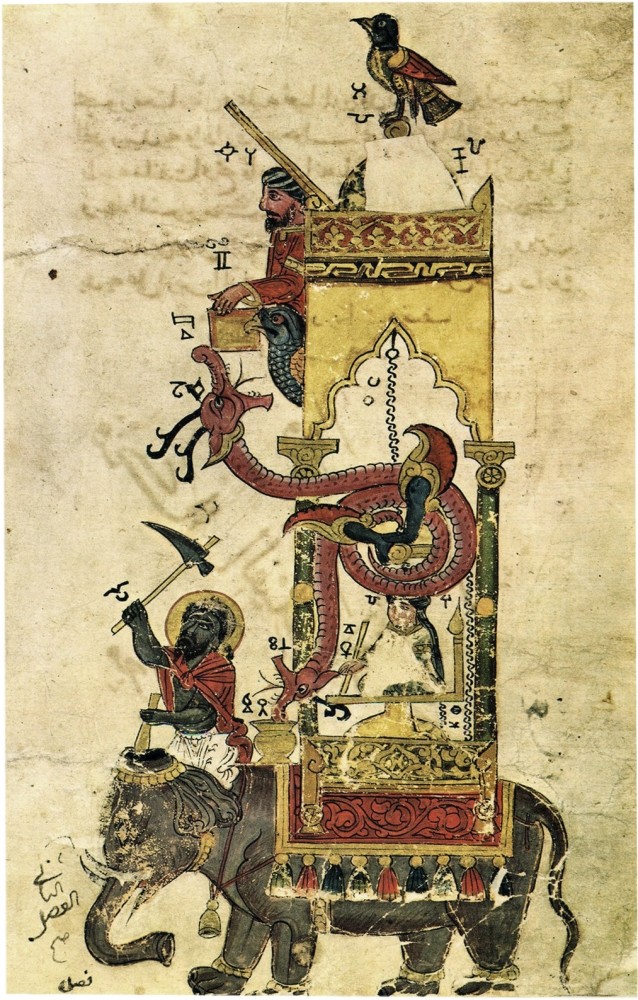 Al-Jazari was an outstanding mechanical engineer from what is now Iraq. He was in the service of Nasir al Din - a Turkic Dynasty that ruled for 25 years in the province of Diyarbakir in south-eastern Turkey. Al-Jaziri received patronage from the Artuqid King so was able to devote his time to study, research and inventions. His greatest invention, a seven-meter-high elephant clock, uses Greek water raising technology, an Indian elephant, an Egyptian phoenix, Arabian figures, Persian carpet and Chinese dragon, in recognition of contributions from around the world. The water-powered elephant clock represents earlier Indian clocks. Various elements of the clock rest at the very top of the elephant. The timing mechanism is hidden inside the wooden elephant, which is filled with water. A bucket with a small hole sits inside the water tank and as water seeps in, the bucket sinks and pulls on a string attached to a see-saw in the tower on top of the elephant, which in return releases a ball that drops into the mouth of a serpent. The serpent tips forward and pulls the sunken bowl out of the water via strings. The process continues as strings cause a figure in the tower to raise a hand which drops a ball and hits a drum, marking the half hour. The snake tips back and the process begins again. The elephant clock consists of several mechanisms that are still used in modern engineering. Al-Jaziri wrote a book detailing how to build dozens of machines including suction pumps, crank shafts and water-raising devices, which have contributed to the development of modern-day technology.

Al-Zahrawi, whose name was Latinized as Abulcasis, was born in Cordoba, Andalusia. His best work was his thirty-chapter treatise, Kitab al-Tasrif. His book covers a broad range of medical topics in the fields of dentistry and childbirth. His compassionate nature draws attention to the positive doctor-patient relationship and the importance of treating patients irrespective of their social status. The book was translated into Latin by Gerard of Cremona in the 12th century, and became a primary source for medical knowledge. Among al-Zahrawi's achievements is the invention of over 200 surgical instruments still used during surgery today, some of which have not even been altered in design. He specialized in curing diseases by cauterization (the act of burning with a hot iron, electric current of fire); was the first to describe ectopic pregnancy (a pregnancy in which the fetus develops outside the womb) which in those days was fatal; and he described the use of forceps for vaginal deliveries, as well as the removal of a dead fetus, to name just a few of his ground-breaking medical procedures. His best invention might be the use of what is called "catgut" (a suture made from the small intestine of healthy ruminants, such as cattle or sheep) for internal stitching. The practice is still used today, and appears to be the only natural substance which the body accepts and is capable of dissolving naturally. Due to his contribution to the world of Medicine, al-Zahrawi is referred to as "the father of medicine."
RELATED TOPICS