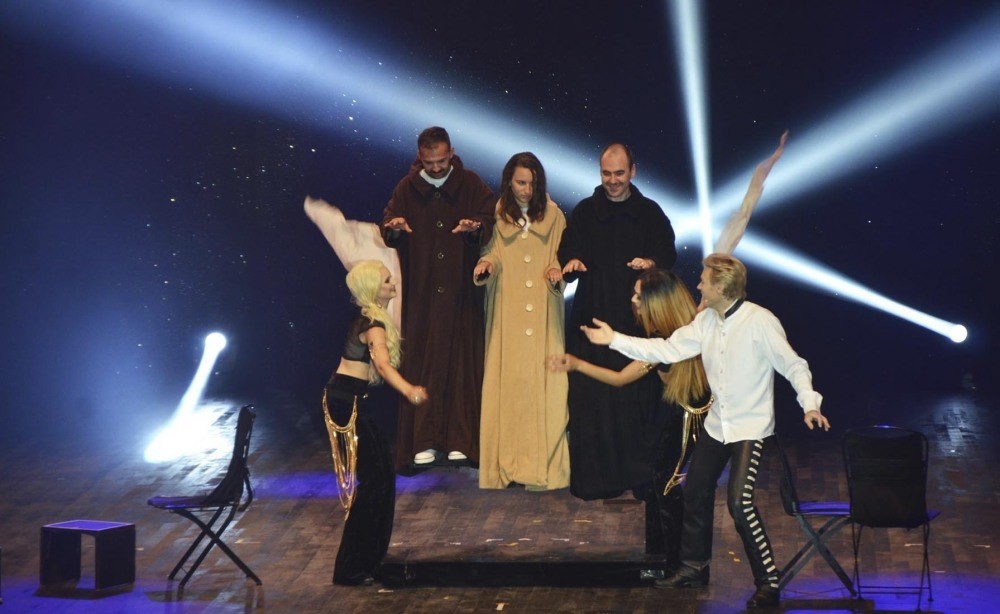 by daily sabah Jul 05, 2016 12:00 am
Renowned magician Peter Marvey enchanted the audience at EXPO 2016 Antalya. The Swiss magician will continue his performances at EXPO 2016. Known as the "magician without limits," Marvey definitely earned his nickname with his performance. In one of his most mind-blowing tricks, Marvey divides his body in half with a saw to the amazement of audience members, who flock from all around the world to enjoy his shows.

After dividing himself in half with the electric saw, Marvey's legs ride a bicycle on the stage. Marvey dazzles his audience with two 50-minute segments during which he selects members of the audience to participate in his magic tricks, ultimately making it the most unforgettable night of their lives. He asks an audience member to hide a coin and, suddenly, the coin appears in a can he is holding in his hands. Marvey also selects three audience members to participate in a truly amazing performance, asking them to stand on chairs, which he pulls out from under their feet and astonishes the audience by making them float in midair.

One man was selected from the audience to participate in the segment, "The Strongest Girl." He is asked to carry two buckets of water that are difficult to hold and one of Marvey's female assistants intervenes, carrying the two men with her hands. In another amazing segment, dancers startle the audience when they walk on burning hot nails that were previously set on fire. The show attracts both children and adults and Marvey has won various international awards, including the Monaco Royal Family Award. Marvey will perform at EXPO 2016 Antalya on Wednesdays, Thursdays and Fridays at 7:30 p.m. On weekends, he takes the stage twice a day free of charge.
RELATED TOPICS