On spirituality in art 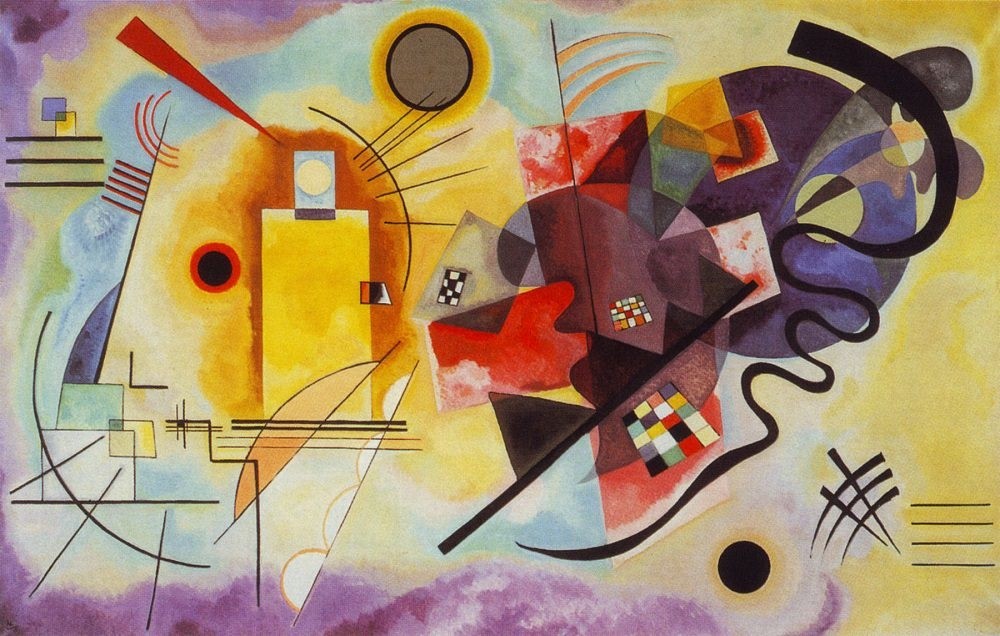 Marshal Bermann quoted Marx: "All that is solid melts into air, all that is holy is profaned, and man is at last compelled to face with sober senses his real conditions of life, and his relations with his kind." The point he made has become clearer over time as humanity struggles in the vortex of profane matters. There is something that originates from individuals, spreads to families and then to all societies and in modern times, what is holy and spiritual has lost its value

Art is an area where you can follow the tracks of changes and transformations of society. Created by society, distinctive cultural and artistic works form the traditions of that society, and it has been so for all periods of history. Chinese art and classical Turkish art shaped the societies where they arose. The artworks which were created are quite different, and that is the fingerprint of culture, however while modern times try to erase differences between people, it has also managed to standardize cultures and arts as well. There are no differences between PSY's "Gangnam Style" video and popular songs performed in Greece. The point where all of these lie on is nothing but stripping societies' holy and spiritual values and covering them with a material blanket, where culture and arts emerge.

In his book "On the Spiritual in Art," successful painter Wassily Kandinsky states that arts performed across the world have lost their spirit, and materialism has caused people to forget their need for art. The dominant art of the last century has created a paradox by starving the souls which it should have fed. For art to be nourishment for the soul, it should be nourished from the springs opening to the depths of the soul. Yet art and artists have ultimately cut all veins of relation between art and soul. To those veins, they have linked serums that lead the body to confidence.

Realism is one of the movements which led art to lose influence over people. The illusion of realism caused art to stray from the spiritual environment of humans and to be captive to the phenomenal world. As with many other artists, Kandinsky foresaw the inner destruction that would be caused by the element of realism in arts. This should not lead us to have an opinion that Kandinsky and similar artists lived far away from reality. The distance from the pressures of the outer world, which is the realism that Kandinsky had established closeness with, meant that he was that much closer to the reality of the inner world. It would not be wrong to say that with artworks approaching the spiritual world of people, one can approach the most real state of reality as well. The point which has to be distinguished here is which world (of the spirit and the body) do people pay attention.

The Spanish poet Lorca left us a story. Lorca's poems were composed and were listened to by many segments of society, and Lorca's acquaintances suggest that he listen to these poets. Lorca listened to a soprano and was asked what he thought of the composition. He says that the composition and the interpretation of the soprano was brilliant, but adds that he was not quite satisfied and continues with this: "It has no duende, dear sirs!"

What is this "duende" which Lorca thought was missing from the composition? A lot has been said about this. Many authors interpreted this warning in their own way and made various inferences, such as "Jinn," "magic," "soul," "charm," "secret," "sacred" or "spirituality." This concept is the basis of the poetic world of Lorca as well. We may add that he shaped his own poetics and aesthetic theory through this concept. In Buenos Aires in 1993, he gave a speech titled "Juego y teoria del duende" (Duende Theory).

Lorca mentioned a major Andalusian folk poet named Manuel Torre who told a musician who was singing one of his songs: "You have a voice; you have your own sense of style as well, but it is not likely for you to be successful because you have no 'duende.'" When art is in question, the artist should have a stock full of creativity. This is something given to one's soul. It is hard to look and find, try and acquire. As Goethe says, it is the secret power that everyone feels but no philosophers can explain.

The moment when one loses himself with the influence of the music of Flamenco is written in the dictionaries as a definition for duende. Where does one end up if he loses himself? This question is idle for someone who has nowhere to go. I believe that today's artist has no concern about where to go. Those who fix their eyes to the earth must be unaware of the halo surrounding the full moon. However, if the halo was not there, how hard would it be to understand that it shines thanks to a sun. What we have lost our grasp of is the water recessed from the art. Walking on dry pebble stones, desire cannot be grown even with a raindrop, being dominated by the grey and not being able to feel the luminescence of the magic of pastel colors. Enthusiasm, thrill, soul, charm, depth and spirituality are added to words, which melt away from the life where we are stuck. Eventually, what is left is a crippled, scrawny, weak art.

"In all Arab music, dance, song or elegy, the arrival of duende is greeted with vigorous cries of 'Allah! Allah!,' so close to the 'Ole!' of the bullfight, and who knows whether or not they are the same? And in all the songs of southern Spain, the appearance of the duende is followed by sincere cries of: 'Viva Dios!,' deep, human, tender cries of communication with God through the five senses, thanks to the duende that shakes the voice and body of the dancer, a real poetic escape from this world, as pure as that achieved by the rarest poet of the seventeenth century Pedro Soto de Rojas with his seven gardens, or John Climacus with his trembling ladder of tears."

These words which emerged from Lorca at the conference where he explained his Duende Theory whisper to our ears that art which preserves its magic and its spirit provides an escape. What enables this to be told is the faith in a place where one can hide. It implies that this faith, this power, keeps a person alive. Because a pure escape can only be achieved through the spiritual way of an alive heart.
Last Update: Jul 08, 2016 2:15 am
RELATED TOPICS