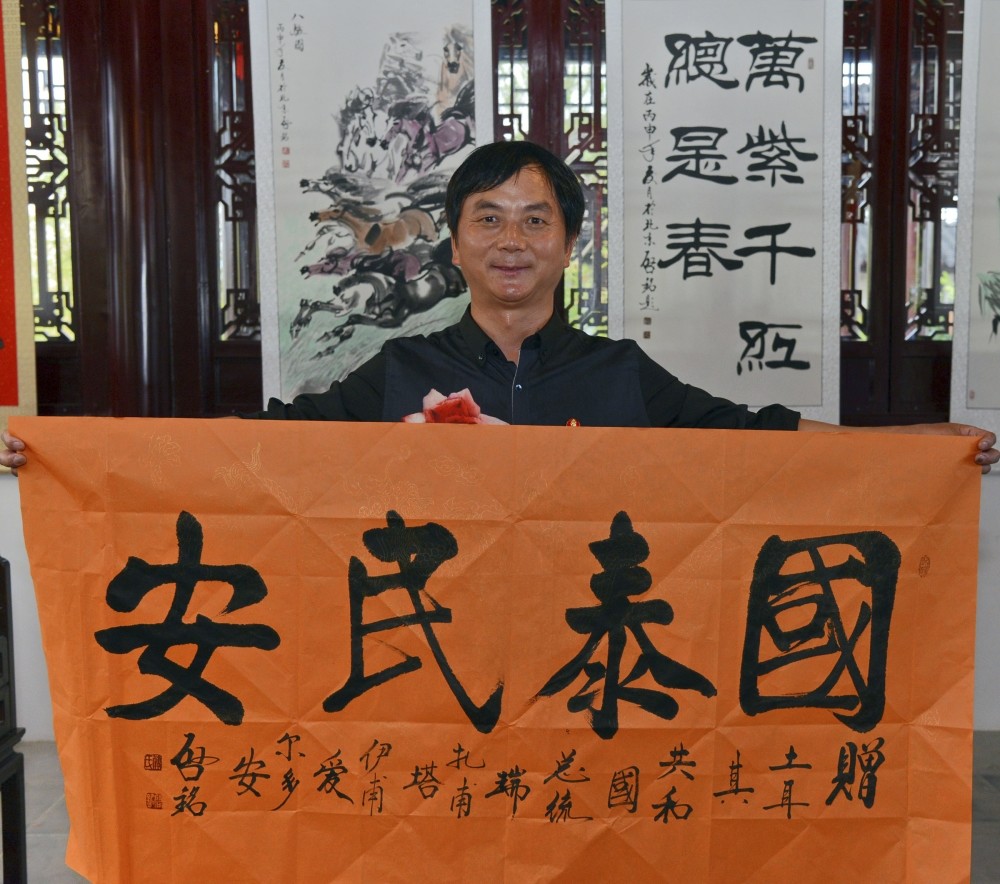 by Zeynep Esra İstanbullu Jul 26, 2016 12:00 am
Calligraphy artist Qiming Fu, showcasing the best examples of the Chinese calligraphy tradition, which dates back hundreds of years, presented a very meaningful gift for President Recep Tayyip Erdoğan at the Chinese Garden at EXPO Antalya 2016.

Attracting a great deal of attention from visitors, Fu stressed the deeply rooted friendship between Turkey and China and offered his condolences for the martyrs who lost their lives during the failed coup attempt that took place on July 15. The artist prepared a traditional Chinese calligraphy piece on an orange cloth for the Turkish president that reads, "President of the Republic of Turkey Recep Tayyip Erdoğan and Peace, Tranquility, Happiness and Trust."

"As it is written here, I wish the entire country a safe future. I am very happy to be able to come all the way from China and present this gift to President Erdoğan," Fu said.

In another gesture, the Chinese representative at EXPO Antalya Feng Tao said they were very happy and proud to host President Erdoğan and his wife, Emine Erdoğan, at the Chinese Garden after the official opening ceremony of EXPO Antalya that took place on April 22. Tao said: "It was a very lovely visit to strengthen the friendship between the two countries. Our friendship, which dates back to the Silk Road, has been strengthened at the EXPO. We would be happy to host President Erdoğan at our garden once again. I would like to express our wishes for the friendship between Turkey and China to be longstanding, while expressing our condolences for the recent events [in Turkey]." Following the speeches, calligraphist Fu gave the president's gift to EXPO Antalya Agency deputy Secretary General Mücahit Şengül to be presented to President Erdoğan. Şengül thanked the artist and awarded him with a plaque.

Chinese calligraphy, which is etched on special clothing and paper with special ink, has hung on the walls of Chinese homes for prosperity, health and happiness for centuries.
RELATED TOPICS