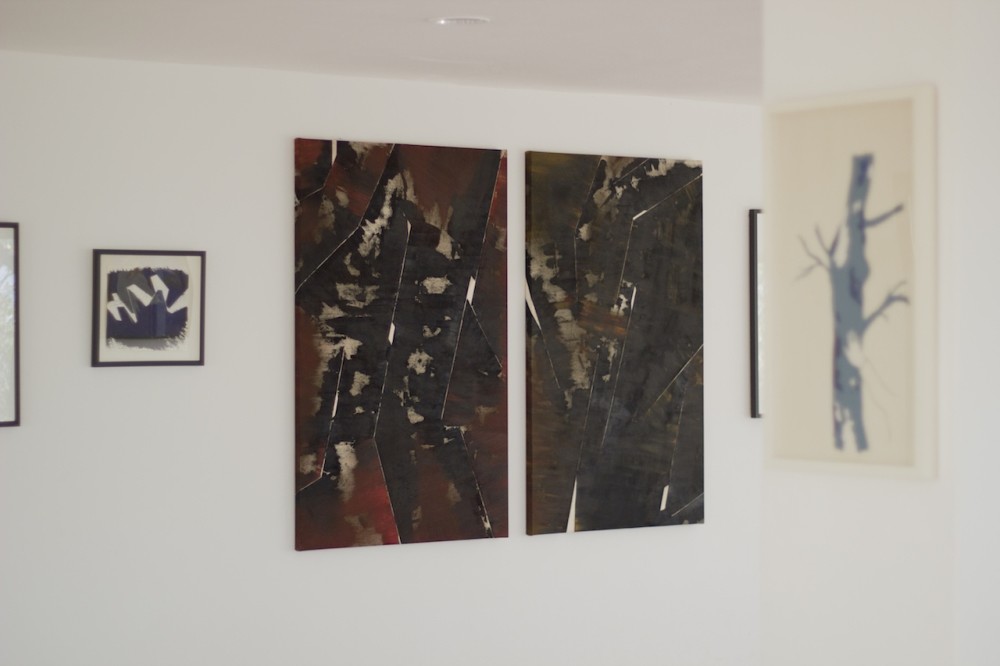 Istanbul's Öktem&Aykut gallery will host its first Bodrum exhibition in Gümüşlük Academy this summer. Running until Oct. 17, the show will include workshop and residency programs

Among the hills of Gümüşlük, a seaside village in Bodrum, stands Gümüşlük Academy, a silent and unassuming residential complex peppered with buildings, a little lake and an amphitheater. From the outside Gümüşlük Academy looks like an assuming summer resort, potentially filled with local and foreign tourists. Founded in 1995, the Academy brings artists, philosophers, musicians and poets together and is the brainchild of Latife Tekin, a leading postmodern novelist who is one of the co-founders of the place.

As I approached the signpost of the academy a few weeks ago, the name "Öktem&Aykut Gallery" caught my attention. For the first time this year, the Galata-based gallery is hosting exhibitions and residency and workshop programs at the academy. When I went to the opening reception of the first exhibition, people seemed pleasantly surprised to come across contemporary art in Bodrum. 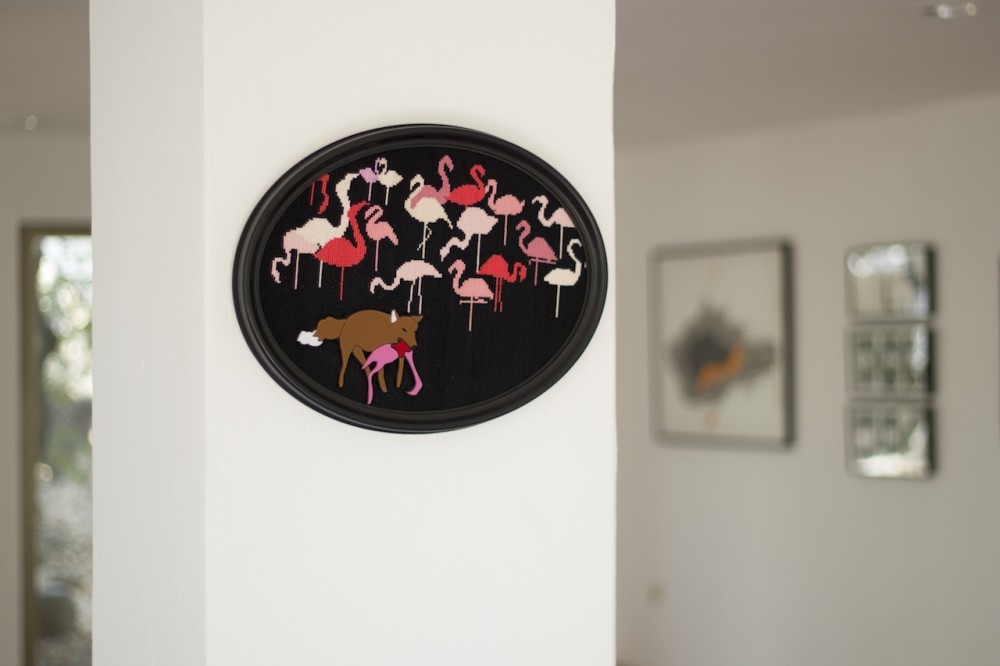 "Gently placed in the heart of natural life up on the hills of Gümüşlük, the academy involves two gallery spaces within its extraordinary architecture," the exhibition program reads. "Designed by Hüsmen Ersöz, two spaces, one round and the other tetragonal, gracefully embraces both the geography and the daylight unique to Bodrum. The tetragonal part will host Sinan Logie's abstract drawings and paintings that are fully in harmony with the architectural lines by Ersöz and Emel Kurhan's works of embroidery depicting wild life that will join the natural habitat surrounding the academy. The visitors will witness another keen pair in the round part where Francesco Albano's sculptures pointing to the current and eternal mass migration on the Mediterranean coasts meet Mehmet Tekin's paintings of the everlasting dangling of human beings." 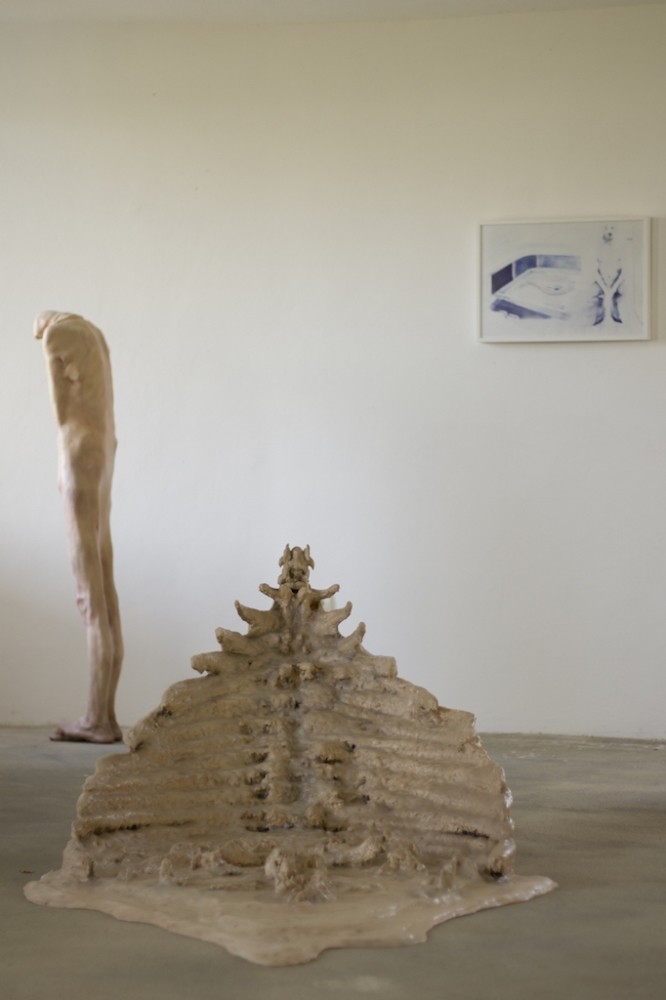 Tankut Aykut, one of the owners of the gallery, told me about his relationship with Gümüşlük Academy - about how he first went there and how he ended up deciding to use buildings in the academy as exhibition venues. "Though I was already following the events in Gümüşlük Academy and though I was very familiar with Latife Tekin's work, it was Barbaros Altuğ, Tekin's agent, who initiated the relationship," he said. "He visited our gallery in Galata and we developed a kind friendship. Later, he suggested both us have a show by Mehmet Tekin, a very gifted painter and also the son of Latife Tekin and to collaborate with the academy. I visited Tekin's studio in Bodrum and the academy. I was impressed by both Tekin's very unique imagery and style, and the wonderful architectural structure of the gallery space within the academy. The show by Tekin was in April in Galata, and then we organized the show in Gümüşlük and did our best to adapt to the character of both the space and the institution."

The significance of moving contemporary art from Istanbul to a coastal town like Bodrum is difficult to ignore. "It's difficult to judge the reception of the show at this initial stage," Aykut said. "Yet, most of the appreciators and followers of contemporary art tend to leave Istanbul over the summer and their foremost destination is Bodrum. I also belong to this cohort of people. Hence, moving contemporary art to Bodrum wasn't a very original idea. But the academy is not just any space, I think our collaboration does not really have much to the with the fact that they are located in Bodrum... Our intended audience is Bodrum people that enjoy contemporary art and that may appreciate the exceptional character of Gümüşlük Academy; and the already existing followers of the academy that would happily join us in this venture." 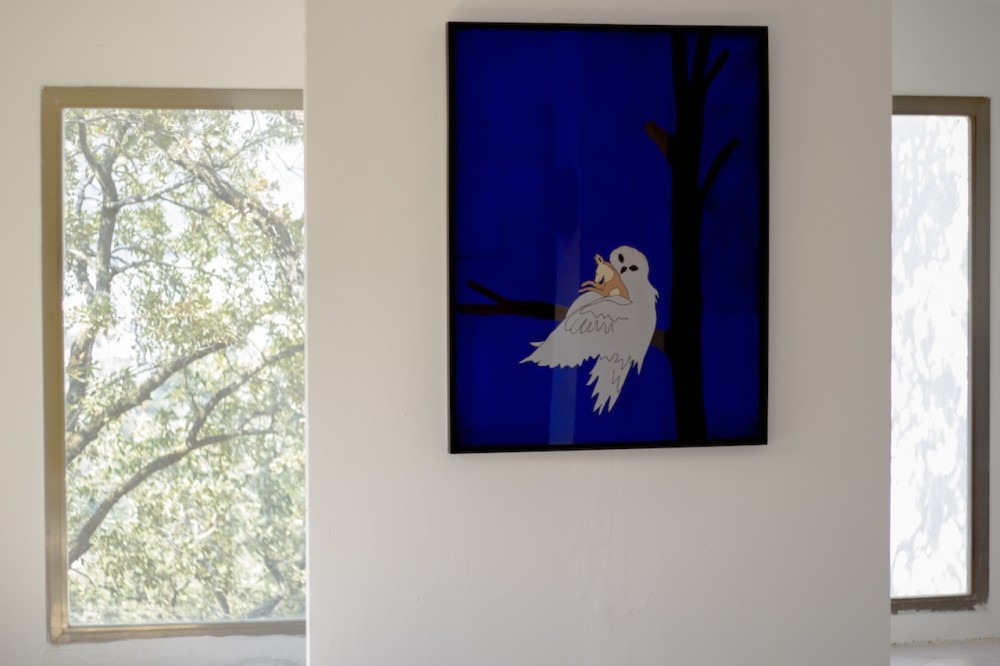 Curating a show for the holiday season comes with numerous challenges. When Aykut tried to come up with the structure of this show, he didn't think much of the site-specific aspects of Gümüşlük Akademisi and its architectural qualities. "This is the pilot year, the zero edition of our collaboration," he said. "Frankly, I just installed pieces by four artists that we have shown before in previous exhibitions in our Galata space and try to make them relate to each other."

Artists who collaborated with Öktem&Aykut and Gümüşlük Academy were joyous to be taking part in the event. "They happily joined our excitement," Aykut explained. "They did not know much about the gallery, yet given our close relations with them, they have happily followed what we aimed."

Aykut talked me through the highlights of the show. "Francesco Albano's sculptures that refer to the devastating aspects of the mass migration across the Mediterranean grew into a higher level of importance under Bodrum's light and academy's roof," he said. "They especially complemented each other with Mehmet Tekin's paintings that masterfully depict the existential suspension of each of us. On the other hand, the entire academy has been architecturally designed by Hüsmen Ersöz in situ. He lived on the terrain and placed the parts of the academy according to the regional factors."

He added: "Sinan Logie's abstract paintings and drawings do very well go hand in hand with the lines by Ersöz. Logie is also an architect by education and profession known for his very experimental projects, yet for the last couple of years he turned into a full-time painter who managed to put out his very own style of abstraction. Lastly, Emel Kurhan's well-known style that brings embroidery together with Pop art has provided the summer chill that this show needed desperately."
RELATED TOPICS