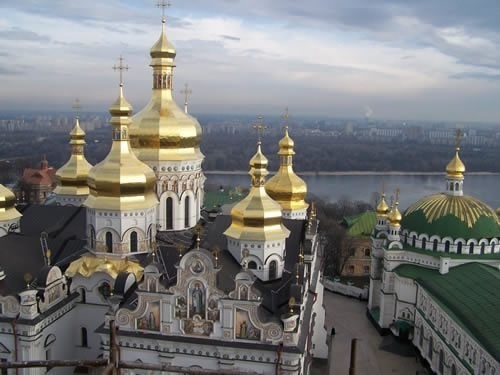 by Anadolu Agency Sep 05, 2016 12:00 am
Organized by the Istanbul Metropolitan Municipality's (İBB) Department of Culture for the strengthening of ties between Turkey and Ukraine, the"Ukrainian Culture Days in Istanbul" event will take place from Sept. 6-7 at Cemal Reşit Rey Concert Hall.

The event which aims to build a cultural bridge between the two countries will host the "Ukrainian Urban Photographs" event on Sept. 6, which presents the natural beauty and history of the Ukrainian cities of Odessa and Lviv. Odessa-based musicians Natali Deniz and Natali Papazoğlu Gagauzca will give a live performance along with the dance company Kdynzha which have an enchanting show in store for Istanbulites.

Burdon, a band made up of local Lviv musicians, will perform a robust repertoire filled with upbeat melodies and local rhythms of Ukraine on Sept. 7. "Ukrainian Culture Days" will kick off on Sept. 6 at 6:00 p.m. at Cemal Reşit Rey Concert Hall.
RELATED TOPICS