Light comes from the East 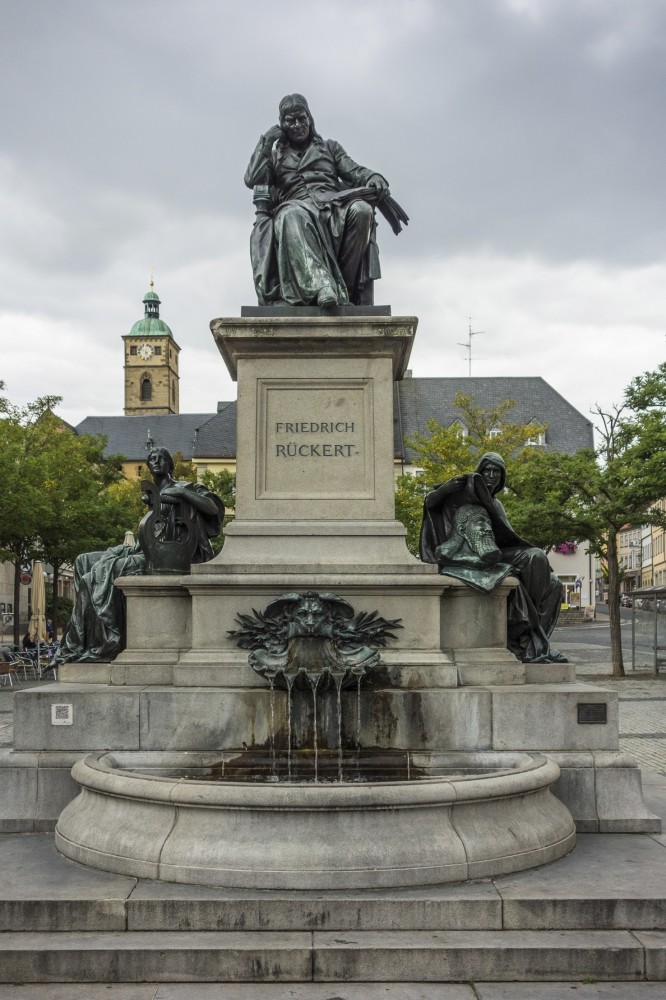 German genius Friedrich Rückert, who was a talented translator and poet, who could speak 44 languages fluently, had an important place in translation with his translation of the Quran. which was inspired by the teachings of great philosopher Mawlana

Some people are born with different abilities. These abilities are innate; a talent or gift that cannot be achieved through work. However, talent alone is not enough. A person with talent should process it and create artwork in the same way that a diamond is created from a mine. In this article, we will take a closer look at one German man whose success in the sphere of language will astonish you: Friedrich Rückert. A German poet, philologist, thinker and philosopher who lived during the last quarter of the 18th century and the first half of the 19th century, Rückert was named after Johann Michael Friedrich Rückert when he was born in central Germany in 1788. The son of a respected lawyer, the young man studied primary school and high school in his hometown before going to Würzburg to study law. He wrote his first poem at that time, stepping into the world of language where he began to learn Hebrew in his first academic steps towards success; including writing a letter to Joseph von Hammer-Purgstall in which he expressed that he was becoming familiar with the Arabic and Persian languages at just 18 years old. 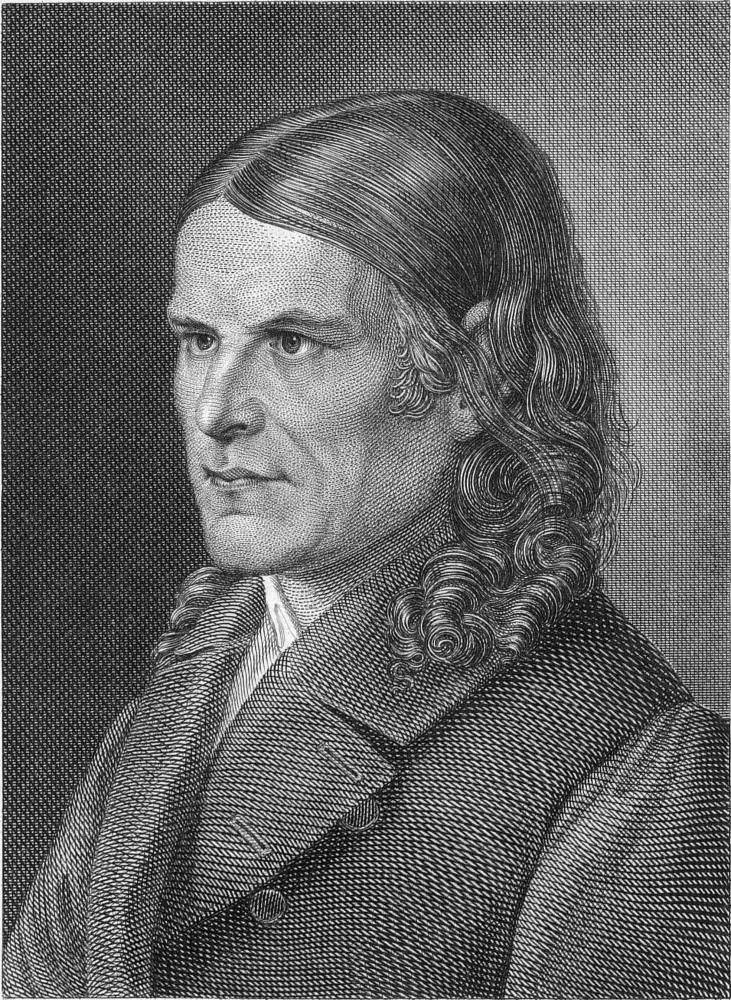 He got a place in no time in Italy in 1817. His Italy travel was the first time Rückert started to feel the winds of the east. Even though he planned to return to Germany, he found himself in Vienna alongside Joseph Freiherr von Hammer-Purgstall, an orientalist. After he met with Hammer-Purgstall, the map of world languages widened for him. After leaving Vienna to return to his family, he began intensive language studies. His earnest efforts to learn eastern languages yielded positive results for the poet, and he eventually went to Coburg to utilize the library of a famous palace, publishing his most famous poems "Eastern Roses" in 1822 and visiting Munich, Tyrol and Salzburg. He published an artwork with six volumes titled "The Wisdom of the Brahmins" in 1839 and was rewarded by King Ludwig I for his outstanding success and efforts. Carrying out very significant works in language, literature, and art for the rest of his life, Rückert passed away on Jan. 31, 1866, in Neuses.

Rückert is a philologist before anything else. I think he is one of the rare few individuals who is qualified in this field. Having engaged in studying world languages his entire life, Rückert believed people are commonly rooted in language and that language evolves into philosophy and poetry. The desired "ideal language" has to complete philosophy with poetry. To him, there was only one"source" language for all languages on earth. He advocates that such a language can only be from the East. According to him, Greek is not the language that has been sought and missed. Since he believed the origin of humankind comes from the eastern world, he thought that the main-source language was among the eastern languages. 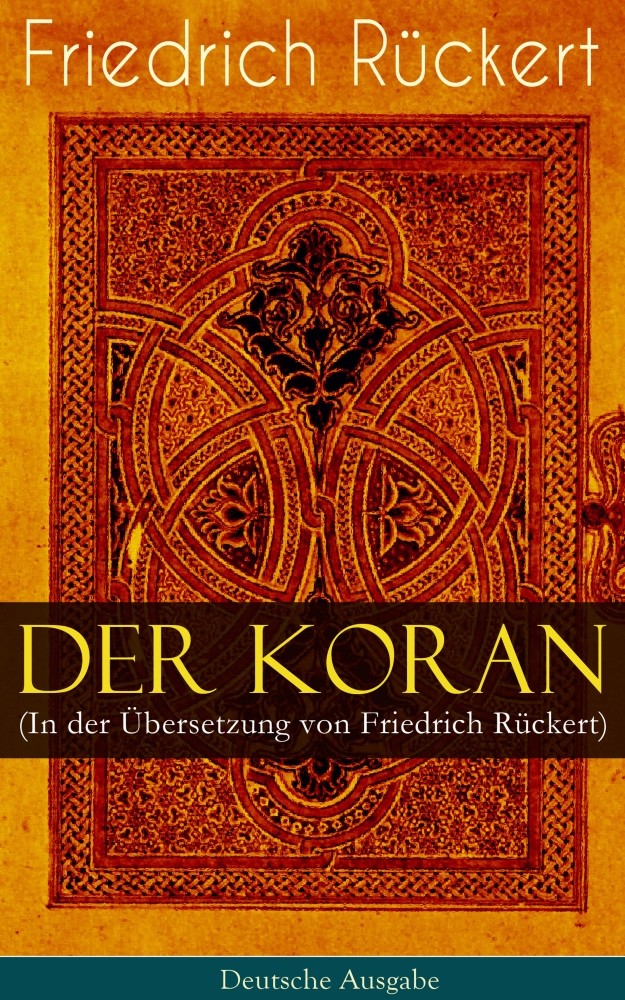 There was only one translation of the Quran in Germany before Rückert began the translation. That translation, made in 1796 by Theodor Arnold, has significant differences with the one Rückert made. While Arnold tries to translate directly, Rückert attempts to create a more literal and philosophical artwork. Rückert had engaged with Mawlana Jalaluddin Rumi for a long time and Rumi is also one of his favorite figures. He was significantly influenced by Rumi.

The number of the languages that Rückert learned, translated and scientifically studied is 44. You might be surprised to hear such number at first, but you can understand it after reading a few stories on the topic. As narrated by Paul de Lagarde, one of his students: "A man came to Rückert who would go to East India for an assignment and asked him whether he could teach him Tamil. Rückert told that he did not know a single word of Tamil, adding that he could teach him soon. Not knowing any Tamil words in June, Rückert could speak Tamil excellently in October and teach this language to that man."

There was only one Quran translation in Germany before Rückert began the translation. That translation, made in 1796 by Theodor Arnold, has significant differences with the one Rückert made. While Arnold tries to translate directly, Rückert attempts to create a more literal and philosophical artwork.

Rückert had engaged with Mawlana Jalaluddin Rumi for a long time and Rumi is also one of his favorite figures. It is right to say that he was significantly influenced by Rumi. He has translations from Divan-i Kebir and Mathnavi. By the way, it is necessary to state that Rückert is the first person to apply the form of "eulogy" to German poetry, even by maintaining the aruz wezni (prosody). Those who know how to write a poem with aruz wezni even in modern Turkish today could understand how hard it is to write poems in German prosody. Friedrich Rückert was not only interested in the literature of the East and the East itself; he also tried to establish a "language and life philosophy" with the light received from the East.

A distinguished poet once said, "Solemnity prevails ethics." When we consider the current atmosphere that surrounds our current literature and social sciences, we can realize the scarcity of such people as Friedrich Rückert. It is noteworthy that he was recognized by us even though 150 years have passed since he passed away with his "solemnity" throughout his life. I think that we have to realize that he left us a solid "solemnity" as a memory and that is one of our responsibilities to preserve his effort and solemnity. I hope that we commit the following verse of Rückert to our memory as a symbol of such solemnity and effort: "The thing that I did not experience did not return to me as a song."
RELATED TOPICS