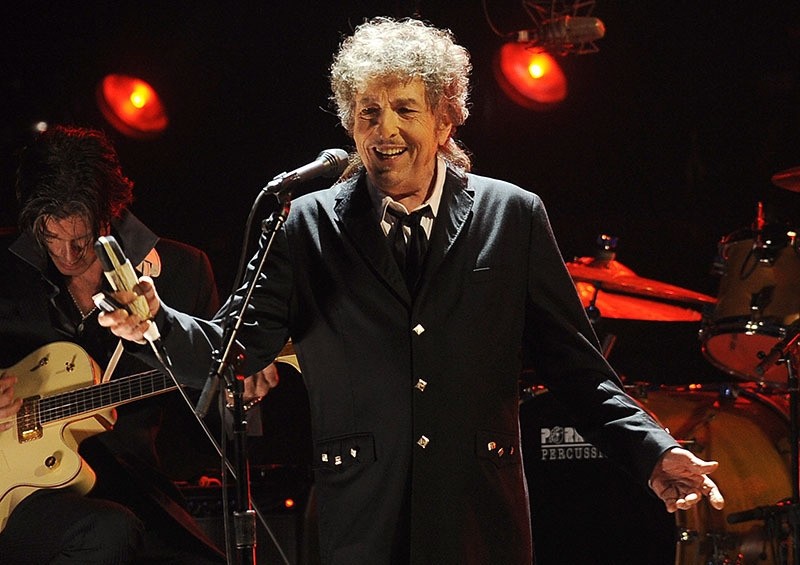 American singer-songwriter Bob Dylan won the 2016 Nobel Prize in literature on Thursday, a stunning announcement that for the first time bestowed the prestigious award on a musician. The Swedish Academy cited Dylan for "having created new poetic expressions within the great American song tradition."

Reporters and others gathered for the announcement at the academy's headquarters in Stockholm's Old Town reacted with a loud cheer as his name was read out. Dylan had been mentioned in the Nobel speculation for years, but few experts expected the academy to extend the prestigious award to a genre such as popular music.

The academy's permanent secretary, Sara Danius, said that while Dylan performs his poetry in the form of songs, that's no different from the ancient Greeks, whose works were often performed to music. "Bob Dylan writes poetry for the ear," she said. "But it's perfectly fine to read his works as poetry."

Dylan whose real name is Robert Allen Zimmerman was born on May 24, 1941, in Duluth, Minnesota. He grew up in a Jewish middle-class family. His grandfather Zigman Zimmerman and grandmother Anna Zimmerman are originally from Kars and migrated during the Ottoman reign. Their first destination was Russia's Odessa, however they later migrated to the U.S. in 1905. Dylan is the first American winner of the Nobel literature prize since Toni Morrison in 1992.

By his early 20s, he had taken the folk music world by storm. "Blowin' in the Wind" and "The Times They Are A-Changin" became anthems for the anti-war and civil rights movements of the 1960s. Dylan was also awarded a Pulitzer Prize in 2008 for his contributions to music and American culture.

The literature award was the last of this year's Nobel Prizes to be announced. The six awards will be handed out on Dec. 10, the anniversary of prize founder Alfred Nobel's death in 1896.