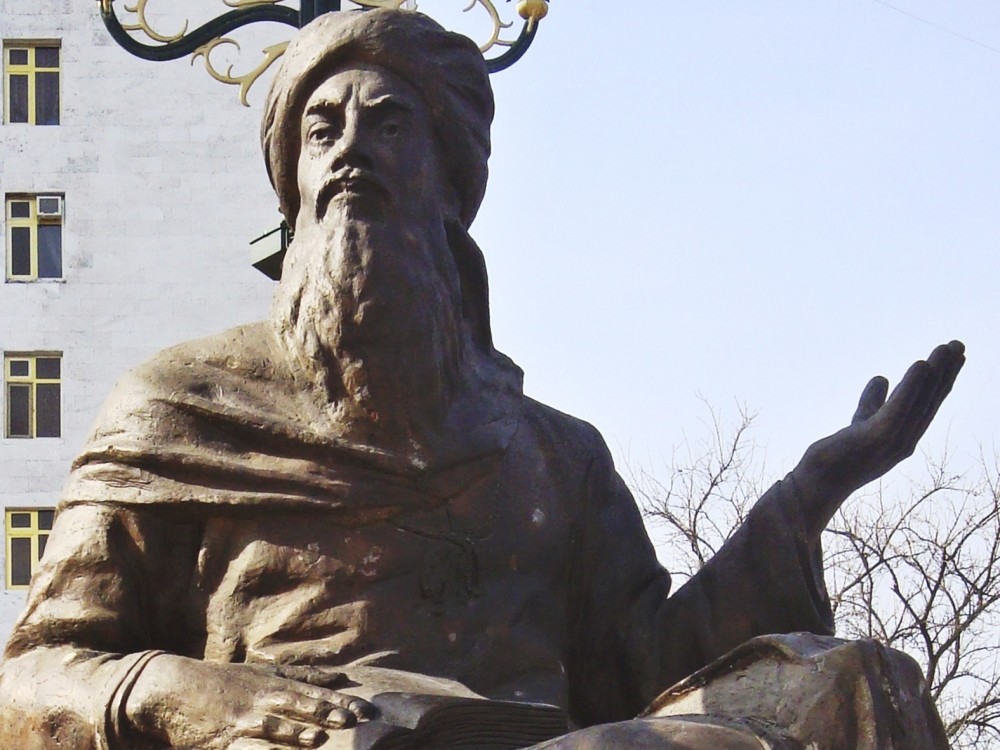 A monument inspired by Yassawi in Ashgabat, the capital and the largest city of Turkmenistan. Yassawi was a Turkic poet and Sufi, an early mystic who exerted a powerful influence on the development of Sufi orders throughout the Turkic-speaking World.
by Anadolu Agency Oct 13, 2016 12:00 am
Co-organized by the Ministry of Culture and Tourism and Khoja Akhmet Yassawi International Kazakh-Turkish University, the "Colors of Khoja Akhmet Yassawi" exhibition has opened as a part of "Commemorating and Understanding of Khoja Akhmet Yassawi on the 850th anniversary of his death."

Hüseyin Yayman, the deputy minister of Culture and Tourism, offered insights about the exhibition during the inauguration at the National Library in Ankara and said Yassawi is one of the most important scholars of the Turkic world as well as one of the pioneers who brought the Turkish identity forward. He expressed his happiness to hold such an important exhibition and said the friendship between the Republic of Turkey and the other Turkic countries will continue for centuries to come.

Furthermore, painter Tülay Gürses said the artworks displayed at the "Colors of Khoja Akhmet Yassawi" exhibition shed light on the statements of the Sufis who studied the deeper levels of Islamic mysticism. Gürses first began her project to paint the essence of Sufism after realizing the symbolic language that the Sufis use in their work. She decided to transfer this language on to the canvas with her paint and brush. "I began this journey by painting after being inspired by Rumi's 'Mathnawi.' However, I continued to my journey with Yunus Emre, Niyazi-i Mısri, Hacı Bayram-ı Veli and Khoja Akhmet Yassawi. All these artworks that are being displayed are my interpretations of their written and oral works," Gürses said.

The exhibition "Colors of Khoja Akhmet Yassawi" will continue until Oct. 14 at the National Library in Ankara.

Akhmet Yassawi was born in Sayram in 1093, and died in 1166 in Turkestan City in modern day Kazakhstan. He was a Turkic poet, scholar and Sufi, an early mystic who exerted a powerful influence on the development of Sufi orders throughout the Turkic-speaking world. So far, Yassawi is named as the earliest known Turkic poet who penned his poetry in an early form of Turkic dialect. Yassawi was a pioneer of popular mysticism, founded the first Turkic Sufi order, the Yasawiyya or Yeseviye, which quickly spread through Turkic-speaking areas. Yassawi made considerable efforts to spread Islam throughout Central Asia and had numerous students in the region. Yassawi's poems created a new genre of religious folk poetry in Central Asian Turkic literature and influenced many religious poets in the subsequent countries.
RELATED TOPICS