At Pera Museum, 'The Cold Front From the Balkans' arrives with surprises 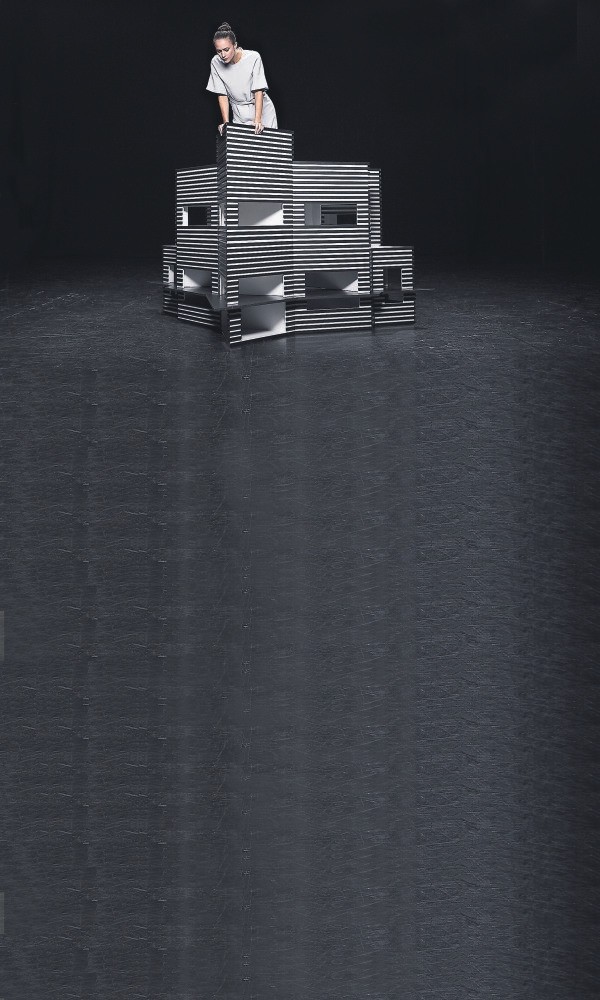 Pera Museum's ambitious new show ‘The Cold Front From the Balkans' brings together contemporary artists from Albania, Bosnia and Herzegovina, Bulgaria, Croatia, Kosovo, Macedonia, Montenegro, Romania, Serbia and Slovenia and continues until May 7

A few hours after Donald J. Trump was elected president of the United States, I found myself sitting opposite two extremely serious looking young ladies in Istanbul's Pera neighborhood. One of them was pounding angrily on an old fashioned typewriter. The other, wearing a nice white shirt, handed me an application form with which I could apply for a new passport. This was no foreign embassy, though. We were at Pera Museum's cafe where the Slovenian artistic collective IRWIN was realizing the rather hilarious idea of issuing passports for a fictional country called NSK (Neue Slowenische Kunst), or New Slovenian Art. Meanwhile Pera's waiters were busy serving plates of cheesecake to elderly visitors of the museum who watched the performance with interest. 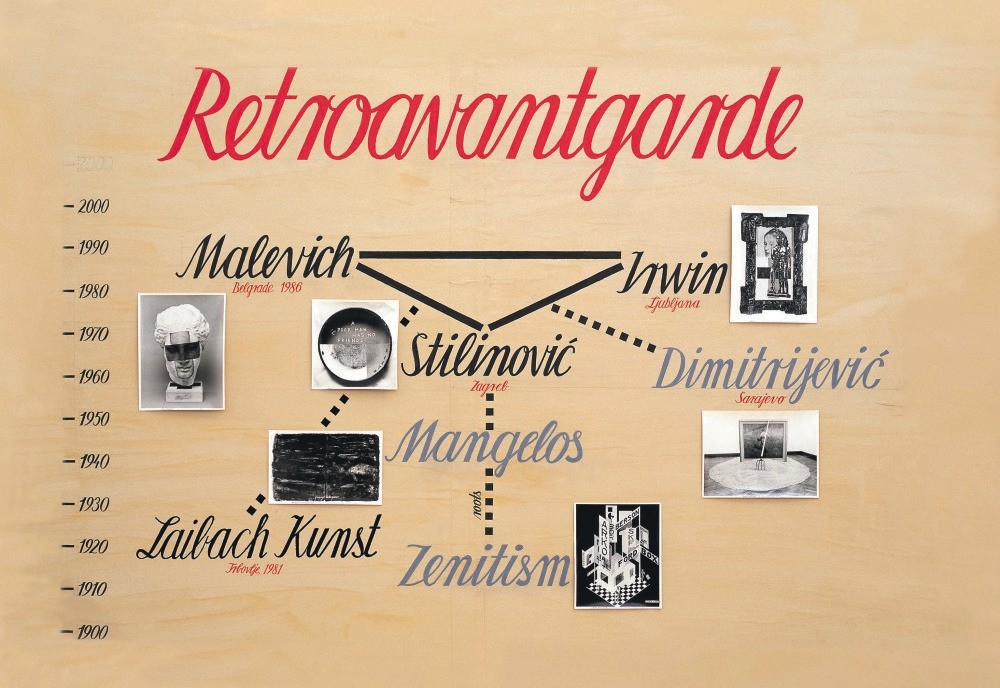 The performance was part of "The Cold Front From the Balkans", Pera Museum's ambitious new show that will continue all the way until May next year. Curated by Ali Akay and Alenka Gregoric, the show brings together a wide range of artists including Maja Bajevic, Braco Dimitrijevic, Vadim Fishkin, Laibach, Mladen Miljanovic, Ivan Moudov, OHO, Dan Perjovschi, Mladen Stilinovic, Ulay, and Sislej Xhafa.

A few minutes after receiving my passport for the fictional NSK country (which, by the way, has its own Twitter feed at @nskstate), I found myself wandering along museum galleries with Akay who was his typical self: philosophical, intriguing and articulate.

"My father used to fish a lot," Akay told me. "He spent lot of time with fishermen. I remember how they even used to call him 'Nuri the Fisherman'. This is why I know a thing or two about the wind. I don't fish but I remember quite a lot about the things he told me about fishing."

Inside the gallery where Akay talked about his father's love for the wind, the weather was quite hot. Istanbul's famous southwest winds had increased the temperatures and it felt like we already reached spring. 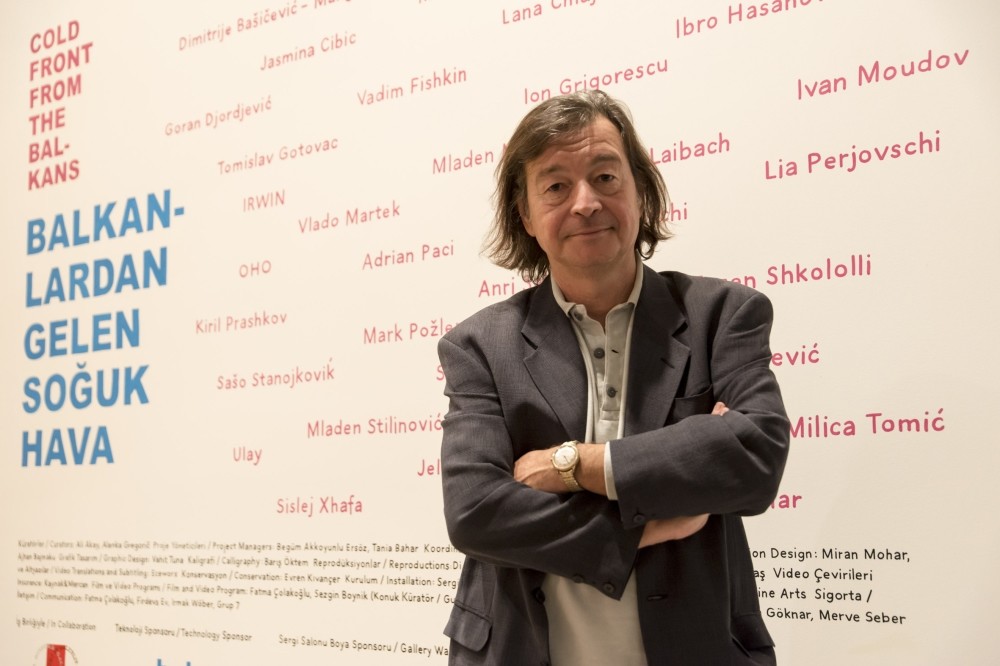 "The northern winds travel around the Black Sea before arriving at Istanbul," Akay mused. "Istanbul's new tall buildings are interfering with their movements. Those winds are very important for the city. Why is the temperature 25 degrees on this November day? When the winds of nature stop blowing, the city turns hot and dry."

The curator linked this phenomenon to the ideas of his favorite philosopher, the French theorist Gilles Deleuze. "What Deleuze called the process of individuation is at the heart of this show," Akay said. "For Deleuze, the individualization does not take place solely around the individual but more significantly around her relationship with nature. I also had Virginia Woolf's 'Waves' and the winds of the Wuthering Heights in mind."

Gregoric and Akay chose to display works here under six main headings: Symbols, geography, ideology, art system, body and value. "We first came up with these topics and then picked artists to classify them around these topics," Akay explained. "This way we were able to connect different generations and artists. Typically, an exhibition gives you the title of an artwork and the name of the artist. Here we also display the name of the topic with which the artwork is associated. It may seem tiring at the beginning but once you get used to the logic of this, the experience of visiting the show becomes much more interesting." 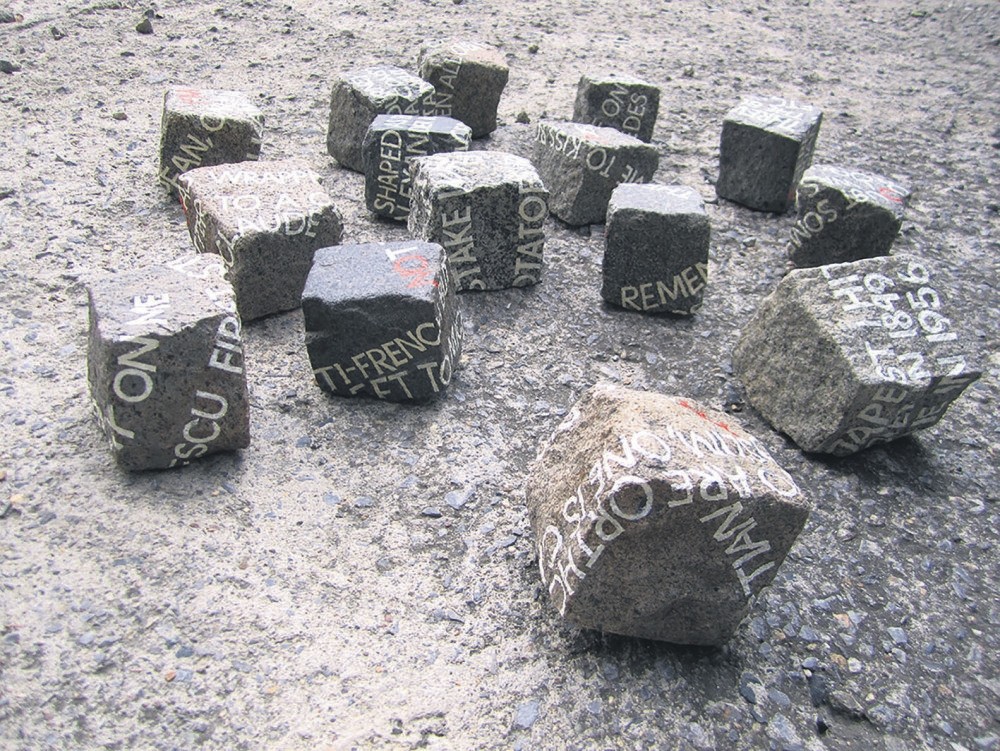 That the exhibition focuses on a natural phenomenon, the wind, rather than the political connotations of the region makes it strangely topical, despite the refusal to associate with this or that 'wind of change' in the world of politics. "The exhibition title refers to the well-known saying in Turkish: 'Cold wind blowing from the Balkans' which conveys winter's arrival and is most commonly used in television weather reports," the curators say in the exhibition catalogue. In bringing together so many works from the Balkan countries, they seem to have ended up curating a biennial of sorts, considering the size of the Pera show. "This is, I suppose, what people call 'a major show,'" Akay explained. "In the art world we have the 'Documenta' that is organized every five years, then we have all those Biennials organized every two years, and also the Münster Sculpture Projects that takes place every 10 years. In between these events there are 'major shows' like this one."

In his article for the exhibition catalogue, Akay mentions another source of inspiration behind the show: "The first part of Godard's masterpiece entitled 'Histoire(s) du Cinema' opens with the word 'wind.' The wind and weather fronts constitute a movement that disrupts the silence. The work, within art, begins to exist in the mode of blowing. The lowing wind, cold or warm, sets forth the work of art."

So, when did the wind for this start blowing? "Here at the Pera Museum, we have been working on this exhibition for the past two years," Akay told me. "Before that, for over a year and half, there were intensive meetings. I had been thinking and reflecting on 'The Cold Front From the Balkans' for three and a half years, which is not a very short time."
RELATED TOPICS