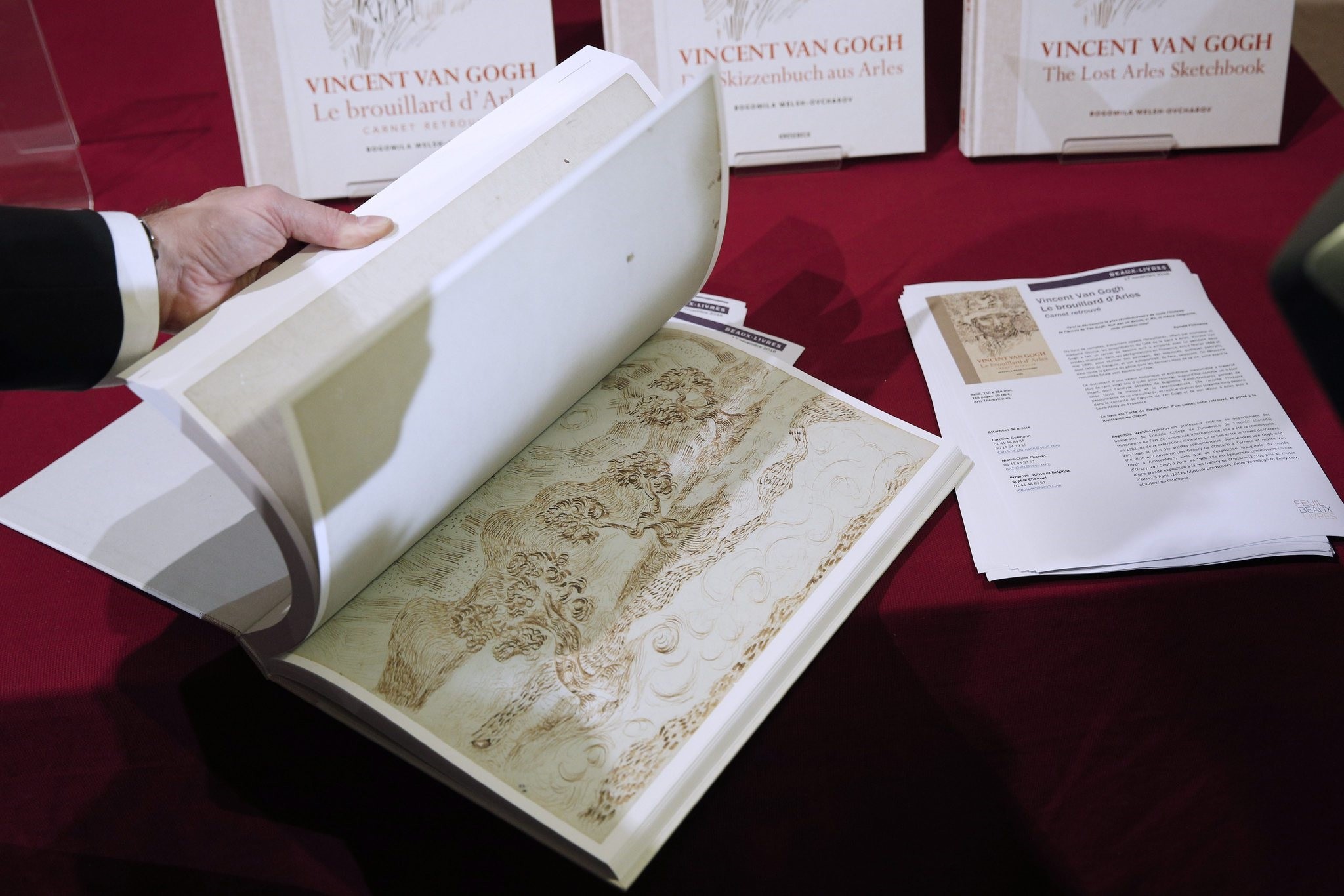 Sixty-five previously unknown drawings by Vincent Van Gogh have been discovered, the French publishers Le Seuil said Tuesday, in one of the biggest art world discoveries in France in years.

The Dutch artist -- seven of whose works are among the 30 most expensive paintings ever sold -- is thought to have made the ink drawings in the accounts book of a hotel he was staying at in the southern French city of Arles.

Although the originals were not shown at the Paris press conference to announce the discovery, a book reproducing the drawings, "Vincent Van Gogh, the fog of Arles: the rediscovered sketchbook", will be published simultaneous Thursday in France, the US, Japan, Britain, Germany and the Netherlands.

The forgotten works created at end of Van Gogh's tormented life between 1888 and 1890 include portraits of his friends the artist Paul Gauguin and Pierre and Marie Ginoux, who owned the famous Cafe de la Gare where he stayed.

Van Gogh immortalised Marie -- with whom he had a strong bond -- in one of his most famous paintings, "L'Arlesienne" (The Arles Woman).

The accounts book belonged to the Gafe de la Gare, and he sketched in it as he produced some of his greatest paintings, including "Bedroom in Arles", "The Night Cafe", "Van Gogh's Chair" and "Still Life: Vase with Twelve Sunflowers".

Le Seuil described the sketches -- which come from the most important period in the artist's life -- as "a very impressive ensemble" and insisted that "their authenticity is well established".

It said that the accounts book was found in the archives of the Cafe de la Gare.

Most of the sketches in the book are of the Provencal countryside around Arles where Van Gogh painted furiously over the period of his year-long stay there.

It was after a fight with his friend Paul Gauguin on December 23, 1888, that Van Gogh cut off part of his ear.

His "Portrait of Dr Gachet", which dates from this period, sold for $82.5 million (77 million euros) in New York in 1990. Experts estimate that it would go for more than $140 million today if it came to auction.