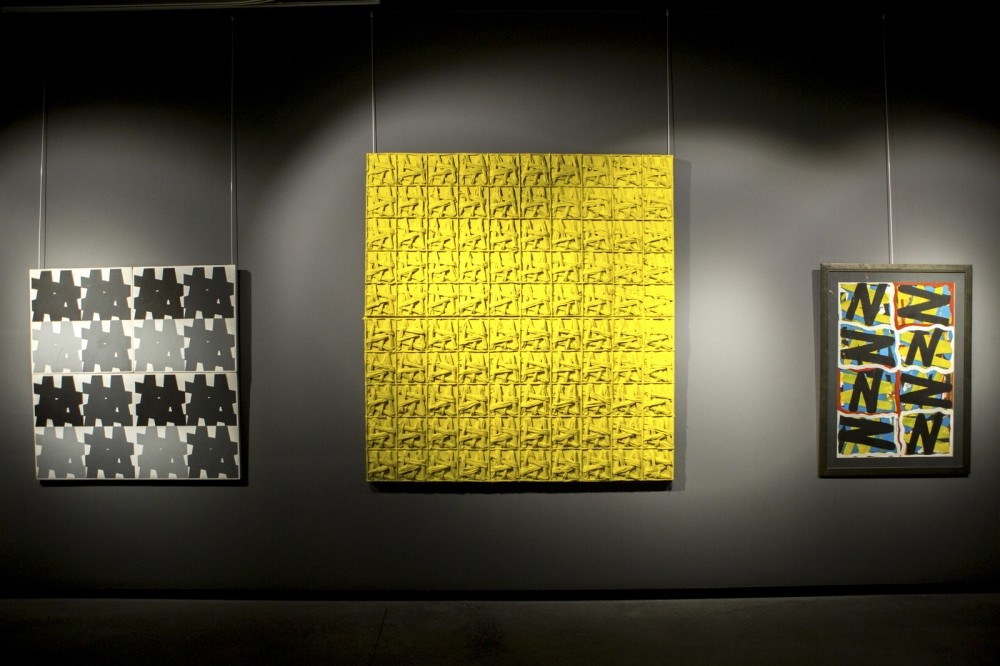 by Daily Sabah Nov 18, 2016 12:00 am
Art lovers came together in a panel titled "The Bubi Periods" to study the art of Turkish artist "Bubi" David Hayon, including his inspirations from cages, wish trees, carpets and folk pictures. Organized by premiere Turkish art critics Nilgün Yüksel, Ali Şimşek and Lütfiye Bozdağ at Akasya Kütür Sanat (AKS), critics and fellow art lovers were treated to a personal exhibition tour where Bubi detailed the inspiration and origins of his work.

"The Bubi Periods" exhibition displays more than 100 paintings, reliefs and sculptures by Turkish master-contemporary artist Bubi, whom İlhan Berk described as "a painter who is always looking for a painting that does not exist." Characterized as "a typical-style anarchist" by art historian Yalçın Sadık, Bubi presents his works through different periods of artistic evolution in the exhibition. The viewers are able to see his sensational work "oturak" (seat), which created a huge stir when released, as well as his "Cage Series," along with various other artworks that he created with fabric, metal, cardboards and ropes.

Bubi, who has participated in various personal and group exhibitions in Turkey and abroad, has displayed and sold his artworks at world renowned auction houses such as Sotheby's and Christie's. Numerous articles have been penned, studies been conducted and four books have been written about Bubi and his works so far.

Those who want to see Bubi's extraordinary art are invited to AKS, where the exhibition will continue until Nov. 26. The exhibition can be visited Tuesday through Sunday from 12 p.m. to 8 p.m.
RELATED TOPICS