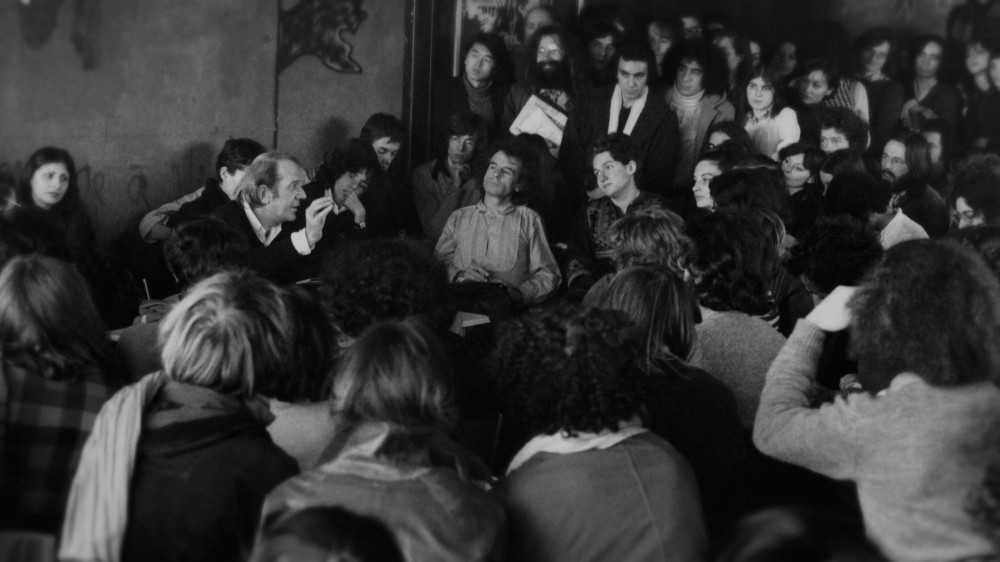 by Daily Sabah Nov 19, 2016 12:00 am
In collaboration with the French Culture Center of Istanbul, screenings of a documentary produced by French filmmaker Virginie Linhart exploring the Vincennes Experimental University Center will be held at SALT Ulus and SALT Galata on Nov. 24 and Nov. 25, respectively.

Examining the rise and fall of the Centre Universitaire Expérimental de Vincennes (The Vincennes Experimental University Center), the documentary film titled, "Le Jour ou Mon Pere s'est tu" or "The Day my Father Became Silent" is the cinematography result of Linhart's 2008 publication examining the origins of the experimental center -- a reflective response to the student movement of May 1968 -- and follows the development of the experimental university center from its establishment in Paris in 1969 to its recognition as a symbol of educational reform and the embodiment of a potential, exclusive educational system.

Initially headed by Michel Foucault, the Vincennes Experimental University Center's Department of Philosophy hosted notable academics including French philosopher Gilles Deleuze, Jacques Lacan, Noam Chomsky, François Chatelet and Linhart's father and founder of the French Maoist movement, Robert Linhart. Renowned as an institution devoid of hierarchical structure, lecture-based formalities, age restrictions and educational background, the Vincennes Experimental University Center was in operation until 1980 when, following its relocation to what is now the University of Paris 8 campus in Saint-Denis, it was closed. Linhart pays tribute to the legacy and forgotten history of this "experimental" French institution through archival information, interviews with former students and faculty members as well as personal childhood reflections.
RELATED TOPICS