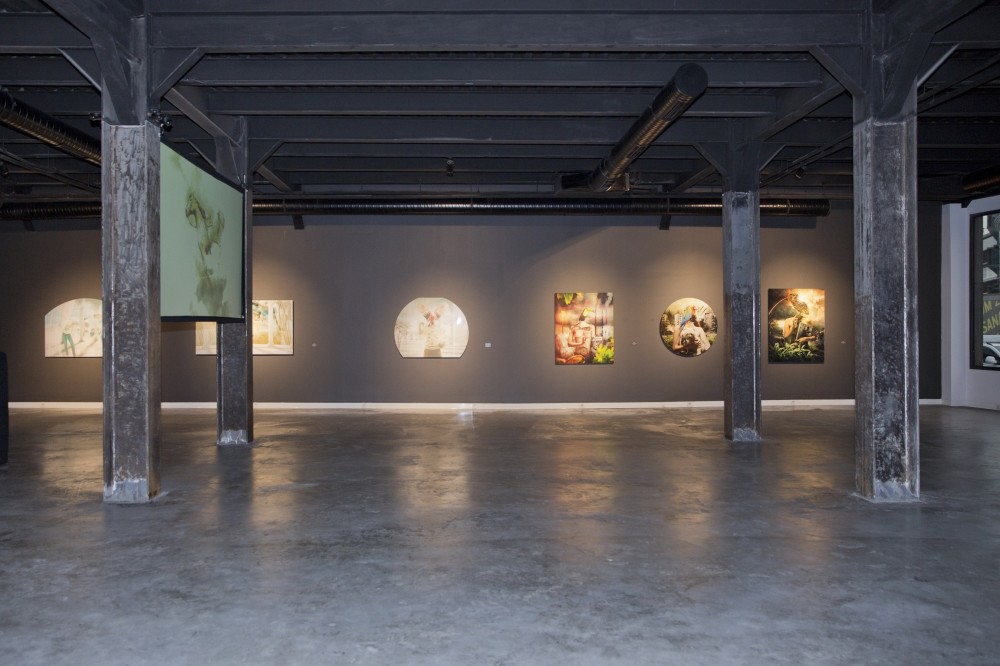 The Gaia Gallery's new art space in Dolapdere hosts Arda Yalkın's ‘Everything is Awesome,' a multimedia show that will continue until Dec. 12

During the 2000s, Dolapdere was a neighborhood best known for its auto repair shops, petrol stations and the large campus of a private university located in an old car factory. I have always loved the place but my enthusiasm was not widely shared among middle class Turks. I remember how an American writer couple arrived in Istanbul and wanted to explore Dolapdere, only to be told by their guides not to visit the neighborhood if they did not want to get robbed. After I assured them that it was an amazing neighborhood, those New Yorkers visited and loved the place. 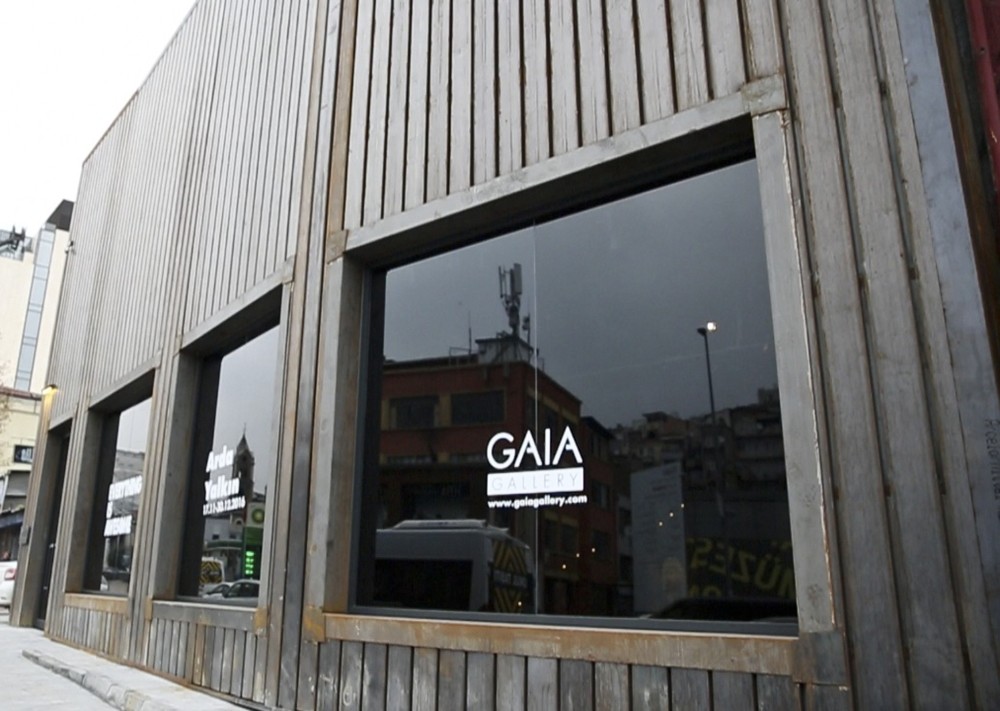 I was reminded of their visit while enjoying the view of Dolapdere from the large terrace of Gaia, the neighborhood's refreshingly spacious new gallery. A few minutes' walk from the Havatas airport shuttles brings you to the doors of Gaia, the second ambitious artistic space to be opened in Dolapdere this year. The first, Dirimart, I could also see from the terrace: it opened in May this year. More dominating was the sight of the Koç Contemporary Art Museum, scheduled to open its doors next year. Adjacent to that museum's huge construction site, art dealer Murat Pilevneli plans to open his new gallery, rumored to be designed by famous architect Emre Arolat. Those new art spaces will be accompanied by the new Dolapdere branch of Divan Patisserie; owners of Gaia will open their own cafe inside the gallery building soon. There is little doubt that Dolapdere is now a different neighborhood.

The title of the opening show of Gaia's Dolapdere building is "Everything is Awesome." Not all the works in Arda Yakın's exhibition are awesome, though; there are moments of kitsch in some of his digital print series ("St. Celebrity." "Gymferno" and "Look Mommy, I'm Grown Up") that explore the obsession with voyeurism and self-image. Yakın's video installations, meanwhile, are quite awesome: the seven channel video installation "The Circle Jerk" is a finely realized representation of a job interview where each person in an imaginary meeting occupies a screen; in two large screens placed behind them we get to see their real feelings.

"Arda Yakın's oeuvre can be seen within the circle of artists who simultaneously review our first and second realities in order to critically comment on our world and its images," Marcus Graf writes in his essay for the exhibition catalogue. "In his oeuvre, pressing issues that are fundamental for our society get melted into an artistic media study, where he analyses the power, methods and intelligence of commercial ads, mainstream movies and mass media. Yalkın believes that the capital and political power apply refined and well-crafted communication techniques to exploit the people. Through his own artistic alienations and distortions, as well as reverse engineering, and sarcastic provocation, he aims at revealing their methods and hypocrisy."

Another video installation, the five channel "Rorschach Project" is similarly impressive. "I was inspired by the Rorschach test," Yakın told me while enjoying the view of Dolapdere from Gaia's terrace. "I created a collage that consists of 2,000 images. It begins with the act of running that symbolizes the first moments of our civilization. I represent the pace and progress of humans. Then comes the part where they start playing games. Shortly afterwards those games become uncontrollable. They constitute an industry. People start to travel to the space and also kill fellow humans on earth." 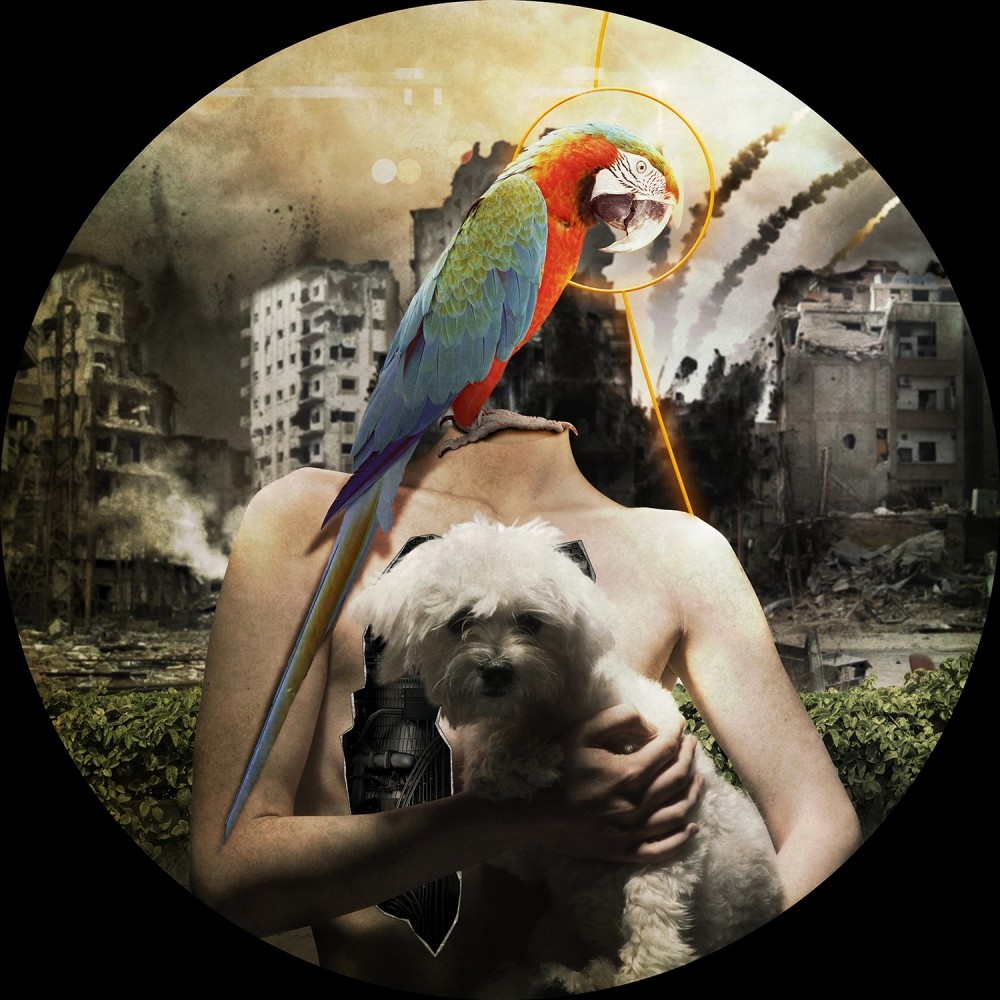 The title of the opening show of Gaia's Dolapdere building is "Everything is Awesome." Not all the works in Arda Yakın's exhibition are awesome, though; there are moments of kitsch in some of his digital print series ("St. Celebrity." "Gymferno" and "Look Mommy, I'm Grown Up") that explore the obsession with voyeurism and self-image.

Yakın showed this collage to four musicians and asked them to react to it through music. "News about bombings in Syria, terror attacks in European cities and Turkey appear on our social media platforms, we glimpse at them and move on to the next story. I was curious about the expression on the faces of people who witnessed such events. So I brought four different musicians into a room on different days, and showed them this collage which they'd never seen before. I asked them to play their instruments and then used their music to create a soundtrack."

Yakın used to earn his living from the music industry. Born in 1974, he proudly announces his love for computers: "I have been using them for the last 28 years," he said. "I worked at Babylon and became a tonmaister for different musicians. I worked with a wide range of bands and artists, including Şebnem Ferah, Pentagram and Mor ve Ötesi. Next I started producing video clips. My video for the band Çilekeş was quite popular both here and abroad and a gallery contacted to ask whether I could prepare a video installation for them. The resultant work was shown at Contemporary Istanbul. Then another gallery saw my video here and commissioned another work."

This had been a difficult process for Yakın who had a difficult time making enough money to make ends meet. "But in the past four years I have reached this new level of comfort. I can survive with my work as a video artist," he said. "I started traveling more with my work. I was in Barcelona. My work was recently accepted in a Paris gallery. In March I will be flying to New York to show my work. For me, these are awesome developments."
RELATED TOPICS