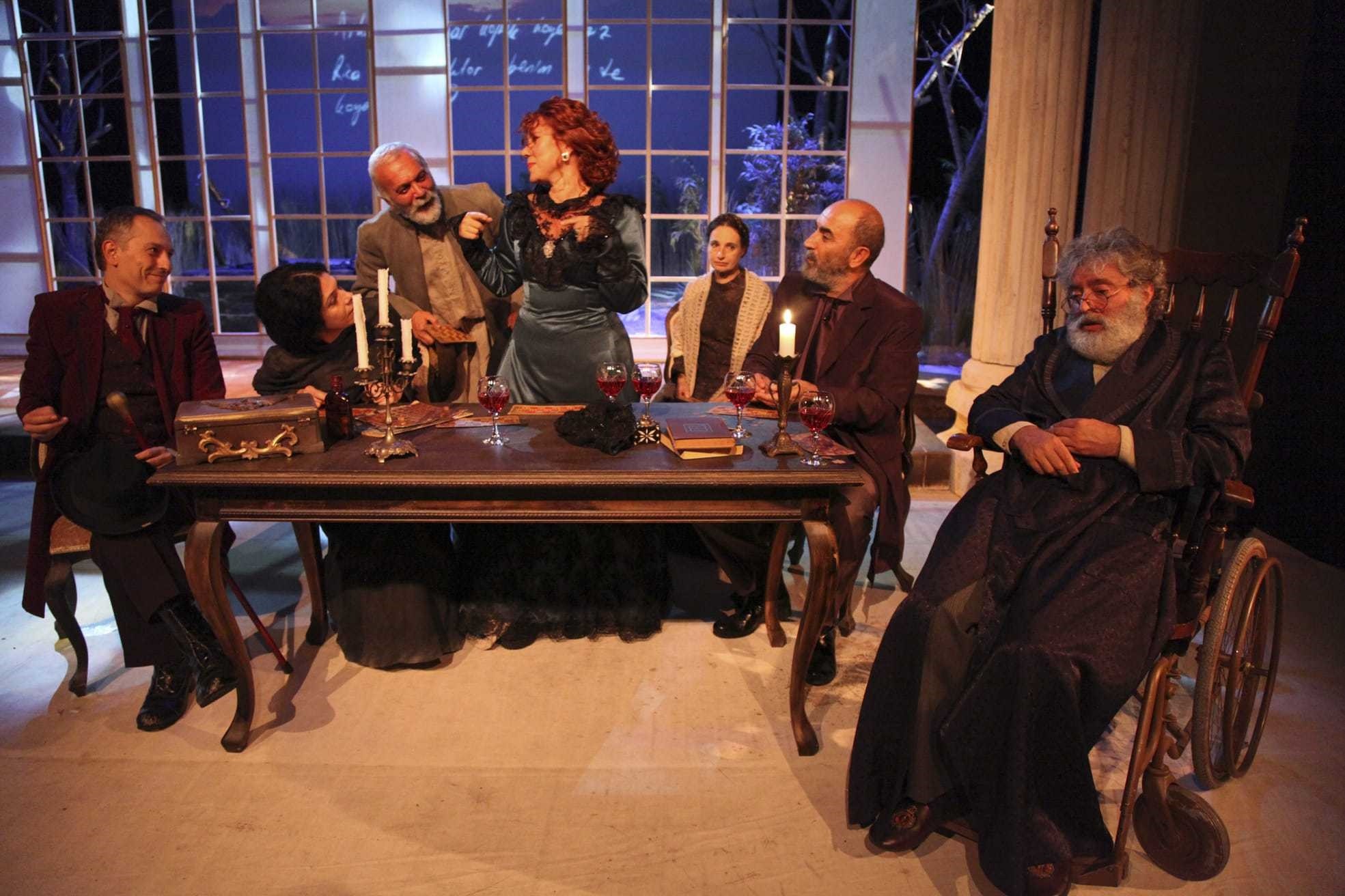 Claiming "The Seagull" as one of Chekhov's hardest plays to stage, Director Urağ said, "When the play was first staged, it was not read and staged properly. Hence, it did not gain much success. Istanbul Metropolitan Municipality City Theaters is about a century old and this classic is being staged by the City Theaters for the first time. That's why we are very excited. Chekhov has a very revolutionary attitude and style that break all the rules about conventional drama. In Chekhov's dramas, nothing happens in the dramatic scenes. So, if the play is read properly and the actors cannot put their hearts in the play, it would be very difficult to watch. As City Theater, we take every little detail into consideration."

Urağ stressed the fact that sincerity is a very important factor in the actors' performances.

"As we discussed each character, we tried to analyze every little detail about the roles and the characters. 'The Seagull' has a very fragile storyline. It is a fragile love story. We try to tell the story sincerely and as close to reality as possible without being blown away with emotions," Urağ added.

Actress Jülide Kural who plays the character of Irina Nikolayevna Arkadina said the play portrays a period during which the Tsarist Russia collapsed and a new era had begun.

Claiming that Chekhov makes references to universal human emotions, Kural said, "This play is about love. Moreover, 'The Seagull' is a play that offers a new perspective to art, passion and human emotions."

Kural also talked about her onstage character and said, "I am playing an actress who was very famous but has begun to fall from favor. As the aristocracy crumbles, her stardom begins to fade away. She is aged and has fallen behind. However, she does not accept the fact that her time is over. She is also a mother and there are times she has to make a tough choice when it comes to her child. In fact, she is a very strong woman, but she is also very emotional and emotionally weak. She is actually like all the other women."

The play begins an afternoon at the "Sorin Farm" and features a "play-within-a-play" as a play by a young writer named Treplev's is about to be performed on a travelling stage erected near the lake on the farm. His mother, famous actress Arkadina, and her lover, a successful writer Trigorin and the entire household are ready to watch the play. It stars Treplev's platonic love Nina. Treplev dreams of coming up with a new approach in art while Nina dreams of becoming a well-known actress. As the play is staged, the lives of Treplev and Nina begin to be scattered away.

The two act play will be staged on Harbiye Muhsin Ertuğrul Stage on Nov. 24 and Nov. 26.